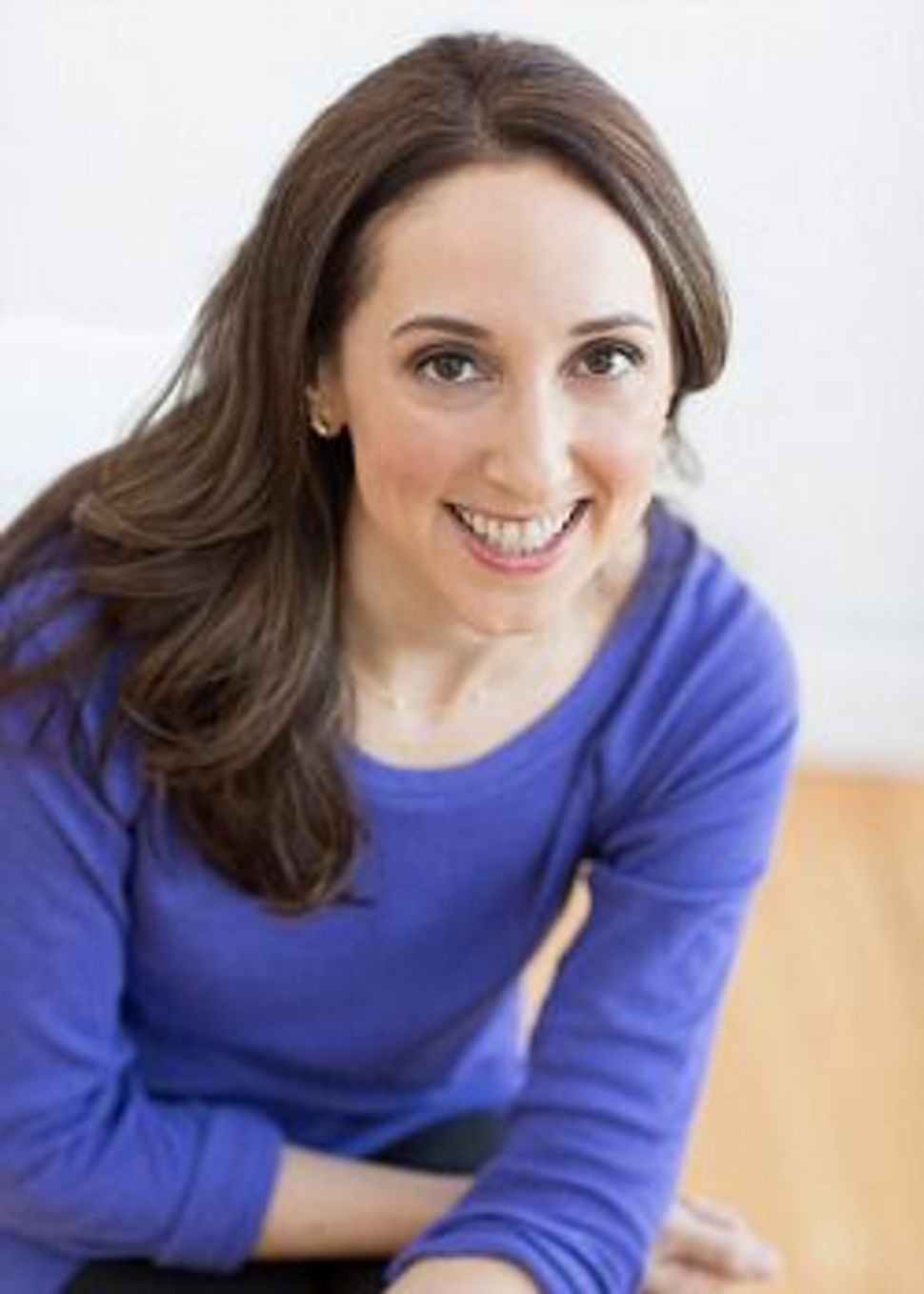 In Rosh Hashanahs past, I focused on changes that required adding a new practice to my Jewish life. Nine years ago I bought a second set of dishes. Eight years ago I committed to weekly Torah study sessions with a partner. Seven years ago I began using the mikveh. I’ve made less daunting changes, too, like promising to light the Shabbat candles closer to the proper time, which worked well in the winter months, then not as well the rest of the time. The list goes on and on. Some “resolutions” stuck better than others. (The mivkeh lives on; now that I have four kids, the study sessions not so much.)

This year I’m taking a break from the tangible actions; I feel as if I am due for some harder-to-measure emotional work. So I’m dedicating this Jewish new year to what I want most from people I know (and don’t yet know): giving the benefit of the doubt. Or in more “Torah-language terms,” I’m dedicating the year to judging others favorably.

that when it comes to myself I should be very critical, always looking to improve my behavior and never being satisfied with weak excuses. When it comes to somebody else, I should go to the opposite extreme and seek to ascribe positive motives or good justifications to their actions, however far-fetched this may seem.

I’m not Chasidic, but it sounds like wise advice. Unfortunately, I suspect that giving people the benefit of the doubt will prove more challenging than making time for weekly study sessions and following the rules of using the mivkeh. The benefit of the doubt is a state of mind, a way of thinking that’s easy to ignore. Too often I assign intentions to other people’s behavior that simply don’t exist. It’s an ugly habit I’ve allowed myself to engage in for too long.

If I’m quiet during a night out, for example, I’m probably having an introvert crisis of some kind; I’m not mad at anyone, I’m just overwhelmed. I will assume the same or the best of you (you being anyone from a friend to a colleague or family member) and I won’t take it personally.

If I said something in a harsher tone than the subject merited, I was likely in the wrong. I’m not perfect. Hopefully most of our interactions have been positive. Perhaps you can focus on those times instead of the one incident that bothered you. I will do the same for you.

When you pick up your cell phone in the middle of our conversation, I will not assume that you take our time together for granted. Maybe you’re waiting for a call from a doctor. Really, what do I know about what’s going on in your life? (If you do it all the time, however, I think the original assumption would be fair as it is rude to constantly glance at your phone while having a conversation with someone face-to-face.)

If I write you a long email and you respond with three words, I will assume that you are busy and thoughtfully trying to make sure I get a quick response instead of interpreting those three words as a curt response.

These are all petty examples, but they’re the kind of incidents that lead to avoidable hurt feelings and misunderstandings. I know there are times when I have inadvertently offended friends and family or given people the wrong idea. And that is the main problem I’m addressing here. It bothers me when others are so easily offended, but I feel just as guilty of being over-sensitive. If we could all give each other a little room to make mistakes, or even better, not see so many actions was an affront of some kind, then we’d all be happier. I’m sure of it.

I hereby apologize to everyone I inadvertently offended, and I grant forgiveness to those who misinterpreted something I said or did and stayed “offended” for those baseless reasons. Next year, let’s all have a smaller list of people we believe owe us apologies. That is what giving the benefit of the doubt can help us achieve.

Nina Badzin is a freelance writer living in Minneapolis with her husband and four kids.