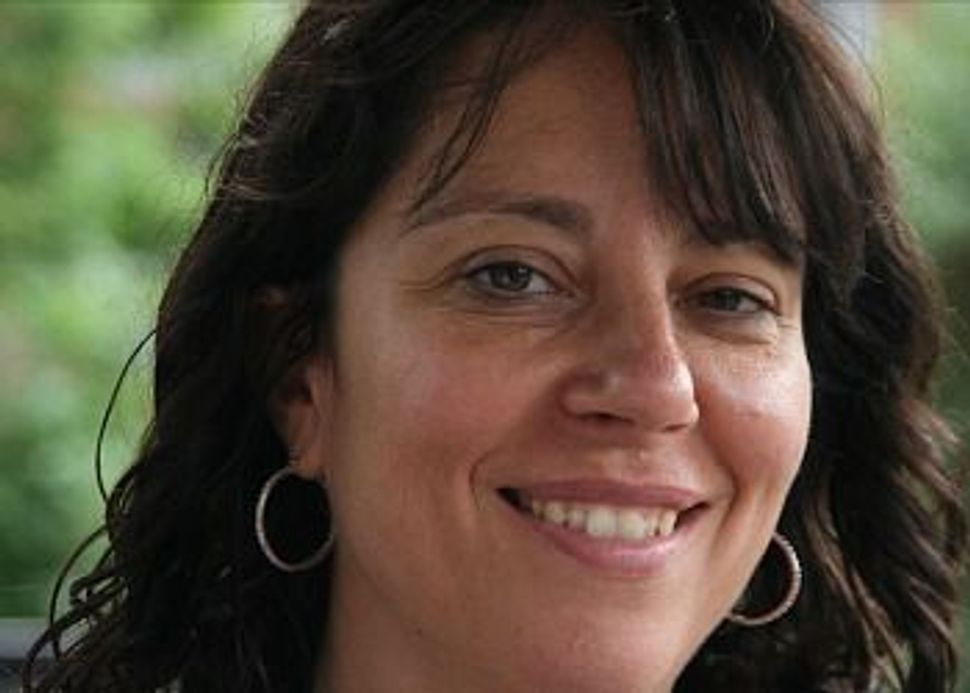 This summer journalist Amy Klein, a former Forward reporter, began chronicling her fertility journey in weekly posts for the New York Times’ Motherlode blog. Klein spoke to the Sisterhood on why she decided to write about what was long a private struggle, the negative feedback she has received and the support she is, and isn’t, getting from the Jewish community.

THE SISTERHOOD: Why did you decide to write about your journey to conceive?

AMY KLEIN: Since I was young, I’ve been journaling my life privately to help work through what I’m going through as well as to catalog what’s happening in my life.

I’m a memoirist as well as a journalist, so I often publish stories about my life — I had a singles column about my dating life, I wrote about having a stem-cell facelift, and had a Modern Love story chronicling my visit to a Jerusalem rabbi who predicted exactly when I’d eventually meet my husband.

Regarding our journey to have a baby, the Times actually approached me about writing a weekly IVF column after I submitted “Baby Envy” to the “Motherlode” blog.

I think there’s so much that people don’t know about fertility — that I didn’t know about before I started this. Things like freezing your eggs to having trouble conceiving, to ovulation to IVF and miscarriage. It all seems so shrouded in mystery.

I hope that by sharing my story it will shed light for others who are contemplating having children later in life, or help people of all ages going through what I am, showing them that they’re not alone.

What kind of feedback have you gotten and how are you handling it?

I get so many positive comments sent directly to me through my website: People who have been through the process and tell me to hang in there, people who tell me that they are debating having children and are so happy that someone’s talking about it, people who really, really wish the best for me.

In some of my columns I did deal with attitudes and stereotypes. In my column “I’m Old”, I had hoped to stave off the comments that blamed me for trying to have a baby later in life, to show that there are many reasons why people do what they do, beyond the stereotypes of “she waited too long because she’s selfish.” In my essay “Childless as Opposed to Childfree” my point is that everyone has their own way of doing things and that should be okay.

I know there are a lot of negative comments out there, from the rather ignorant “Why don’t you adopt?” (because people don’t know how hard that process is) to rants about world overpopulation or the selfishness of breeders. I was surprised about how aggressive some trolls can be in the parenting blogosphere, but for the most part I try not to read them, because I’m still in the process of creating a child, and I have to remain as positive as possible!

How does your Orthodox upbringing play into where you find yourself today?

I left Orthodoxy in my late twenties. I could have gotten married when I was 22, 25, 28, but I would have been living in a life that wasn’t ultimately for me. It took me till I was about 36 to figure out what life I did want, and that even though I wasn’t going to be religious, I could still get married and have a family. (It seems obvious, but when you’re raised religious and decide not to be, the hardest question in the world is “but how will I raise children?”). I was 39 when I met Solomon, a secular Israeli. Through him and with him I discovered that you can maintain a Jewish home, and raise children, in a non-religious environment.

One religious woman sent me a message not to be defensive about my religious past, but she misunderstood: I’m not. I love my religious family and friends (which are many), but it’s just taken me longer to get to getting married and having children than if I’d followed the path that was set out for me at birth. How could I be upset? I met and married the love of my life, and I don’t know that I could have found him earlier.

Of course, I wish we did not have fertility troubles, but you know, I got pregnant shortly after we married at 41, and there’s a chance that had I been under a specialist’s care, that pregnancy could have been a baby. My story could have ended another way, despite my late start in life.

Where does Judaism stand with issues of infertility?

The Torah seems pretty harsh about infertility (Sarah, Rachel), and the rabbis today seem ill-equipped to deal with modern issues in IVF, changing laws on “who is a Jew” — regarding gestational mother vs. genetic mother when it comes to donor eggs. (There is a debate in Israel right now, but it seems to be based on politics rather than halacha).

I wish Judaism were more “pro-life” when it comes to fertility — helpful to women going through this painful process. There are women getting married later in life, or not getting married at all, who want to have children and fit into the community, but there’s not always a place for them. I know that the Jewish Free Loan Association offers interest-free loans to Jewish Southern California couples for IVF and I hope more Jewish organizations do the same.

Have you found any support or inspiration in Judaism?

I remember my rabbi in high school, at Yeshivah of Flatbush, Rabbi Haramati, always used to say, Assur Lehitya’esh. “Never despair.” I try to remember that lesson, even though at times it’s really hard.

Still, I have faith —in God, or the Universe, an amorphous, benevolent Power that wants the best for me—and I still believe that it will all work out in the end.