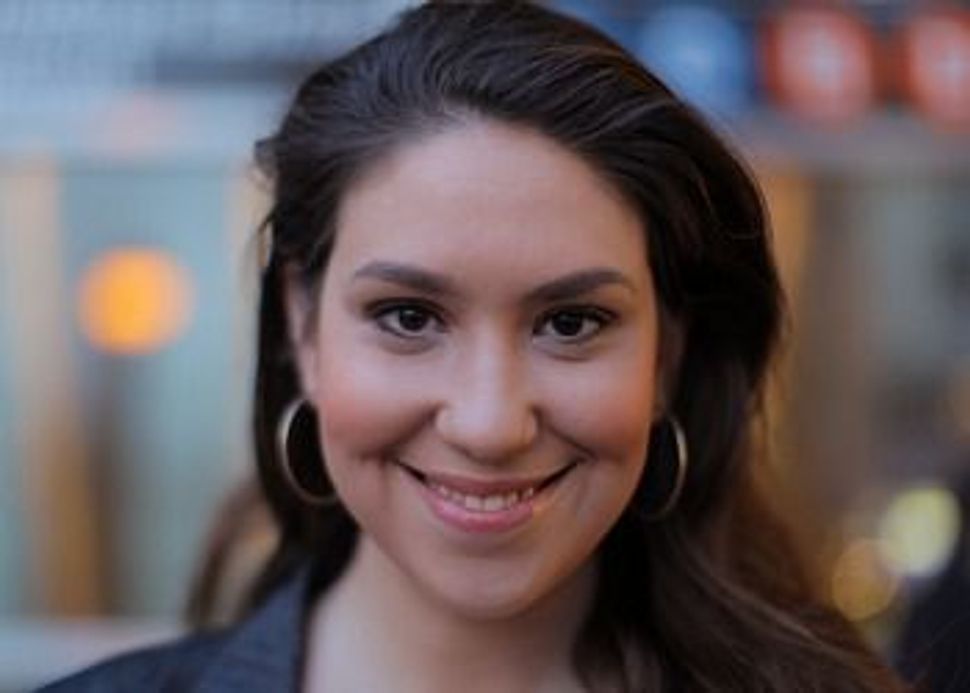 Comic and writer Katie Halper says that “she wouldn’t be alive without Camp Kinderland,” the 90-year-old leftist, secular Jewish summer camp in the Berkshires. When Kinderland came under attack by right-wingers following their discovery that an Obama nominee for the Department of Labor had sent her kids, Halper realized that she had set the story straight. The Sisterhood spoke with Halper about how she ended up at Kinderland, her movie “Commie Camp” and why she believes children should be taught about social justice.

THE SISTERHOOD: Commie Camp, huh? Katie, are you a communist?

HALPER: I am not now, nor have I ever been, a member of The Communist Party. The title is tongue and cheek, but in all seriousness, I definitely have ideas and values that are socialist. I think lots of people do. They just don’t realize it.

So why did you decide to make this movie?

I made this movie for a few reasons. Initially it was to show people what this camp that I had gone too, that my mother and uncle and grandmother had worked at, was really about. But it wasn’t a vanity project. It wasn’t important because my family and I had gone there. It’s important because it is a place that fosters really important values and believes in children’s abilities and desires to be politically engaged in the world. I wanted people to see this world that they otherwise wouldn’t be able to.

I didn’t realize going into the project or even while filming the movie that the film would also be about Jewish identity. Only through editing the movie did I realize how much Kinderland represent a Jewishness many people, even Jews, aren’t aware of: a secular Jewish culture and tradition. People, including Jews, don’t get how you can be Jewish and be an atheist. Kinderland is a place where Jewish culture is expressed not through religion but through an ethos and a culture. At the same time, the Jewishness of Kinderland is defined by an inclusiveness and universality that makes it open to non-Jews. Non-Jews attended and worked at Kinderland from the beginning. In fact, the cultural director of the camp is Latino. And he speaks a bissel Yiddish.

I was a pretty late bloomer, so sadly, I don’t have any juicy stories to tell. I could tell you some about my friends but that would be weird.

Does “commie” camp work? Do you find that alumni tend to be more concerned with social justice issues than the average former Jewish camper?

To me there’s no question that Kinderland alumns are more concerned with social justice than the alumns of other Jewish summer camps. Kinderland either introduces campers to social justice, or in my case and in the case of many campers, it reinforces social justice. It also creates a social space around social justice, so social justice isn’t just something you should care about but is something that is fun to care about and engage in. In one scene in the movie, the kids have the time of their lives debating how to prioritize the three biggest problems facing the world. The social justice is built into the programming and is present in the bunk names, which are named after people like Emma Lazarus, Joe Hill, Pablo Neruda, Harriet Tubman.

Okay, lady stuff, since this is the Sisterhood and all. Did going to a progressive camp instead a more typical camp help you feel confident as a women? If so, how and why? Did you encounter feminist thinking there?

I, and a lot of my camp friends, were already somewhat politicized by our families. And some of us had strong feminist identities. I think I started identifying as a feminist in kindergarten. But, as I show in the film, being a feminist wasn’t exactly appreciated at my school. But it was at Kinderland. There was also a lot of Ani DiFranco listening.

For more information on the film and upcoming screenings, go to: www.commiecamp.com.