Is Religion Good for Women? 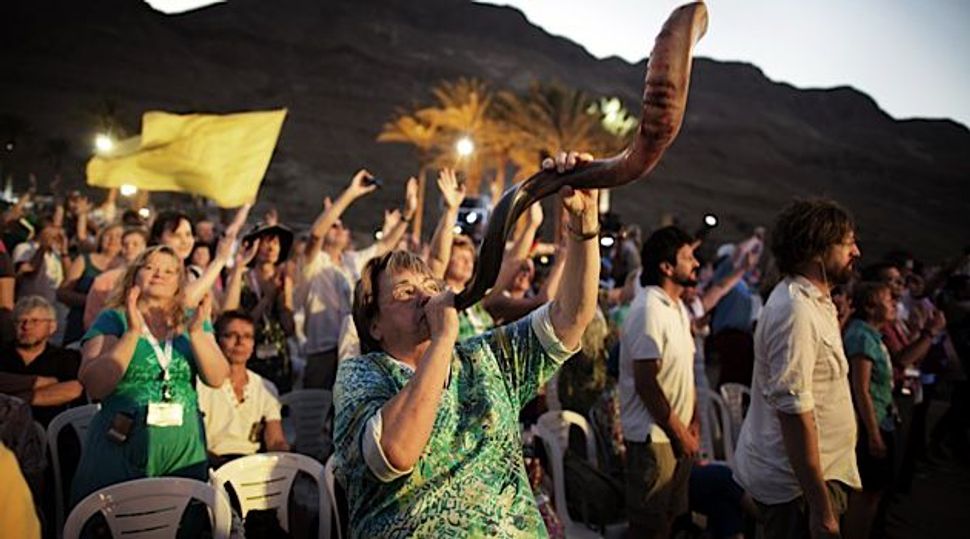 Asking if religion is good for women, as Moment magazine recently did, is like asking if music is good for men. There are no clear answers when asking about the relationship between an incredibly fluid concept with a rather broad category of living beings. Still, this doesn’t stop many of the contributors to the symposium from tossing off easy conclusions on whether or not religion is in fact good for women.

The three basic categories of answers are: no, it is inherently oppressive; yes, it’s always been good; and, the most common one, it used to be oppressive but is no longer.

In the first category we have novelist and philosopher Rebecca Goldstein, who calls religion “dreadful” for women due to its association between disgust and the female body. Also, writer and director Soraya Mire, who explains that in Muslim Somalia a camel has more rights than women. And Eve Ensler explains that until we have a religion where women are truly front-and-center, “there isn’t going to be a manifestation of true spirituality.”

Then, in the “yes” category, there are Orthodox women, who claim that religion has been wonderful because it gives us answers to life’s existential questions, and that Judaism’s “separate but equal” tract for women has been a source of comfort and guidance for women throughout the ages. Janice Shaw Crouse, a speechwriter for President George H.W. Bush makes the argument that “Judeo-Christian values have formed a foundation that has allowed women to gain greater respect and dignity than any other force in human history.” Also, Renita Weems points out that “some of the fiercest, most passionate African American women leaders have come out of the Black Church tradition,” women like Sojourner Truth and Harriet Tubman. “They saw something in Christianity that was liberating, and that compelled them to be outspoken on behalf of their people.”

And then in the most popular “before it was bad for women, but now it is good” category are writers like Reza Aslan and Katha Pollitt, who points out that while these days many religions offer progressive alternatives, it is the more conservative, anti-women strains that are growing.

What surprised me about most of the answers is how few of them approached the issue from an individual or personal perspective. Because really, religion isn’t just bad for women, and it isn’t just good for women, and I think this stands for present times as well as past. But it is hard to get at the complexities of the relationship between women and faith — and even begin to chip away the question at hand — when limiting the discussion to definitive assessments.

There were a few exceptions, writers who sought to navigate the space in between yes and no, and those were the ones I found most compelling. Sister Simone Campbell, a Catholic and activist, distinguished between faith and Church politics, and explains how her faith is what pushes her to challenge the Church. She writes:

Where we are right now is not ideal, but I don’t know of any human structure that is ideal. The Gospel that was read at a recent mass was Jesus’ story about a person who needs food for a neighbor. He goes and knocks on a door, and the owner says, “Go away, go away, you’re bothering me.” But he keeps knocking, and finally, the owner comes out and gives some food so he can feed his neighbor. And I thought that maybe this is like women’s struggle. If we keep knocking on the door, eventually someone will answer.

Reporter and memoirist Lucette Lagnado also gets personal, and produces one of the most thoughtful and telling answers as a result. She writes about why she thinks fondly about the Orthodox Judaism of her childhood in Egypt and how she is still drawn to the women’s section at synagogues today, in New York City. She explains:

I often tell my professional, secular friends in America that I still go to an Orthodox synagogue, where I sit in a women’s section with a divider. They express shock and horror: Why, when I could go to an egalitarian synagogue and sit side-by-side with my husband, participate in lifting the Torah or go up to the bimah? I like the rigor of Orthodoxy, and I like the feel of the women’s section. That was always the most meaningful place for me—it was a place where I could commune with God, and also with my girlfriends and the older women who watched over us. When I think about what I miss most now, with all the abundance and choices in America, I think it is that old sense of absolute community.

Is Religion Good for Women?