Pregnancy and the Pressure to be Thin 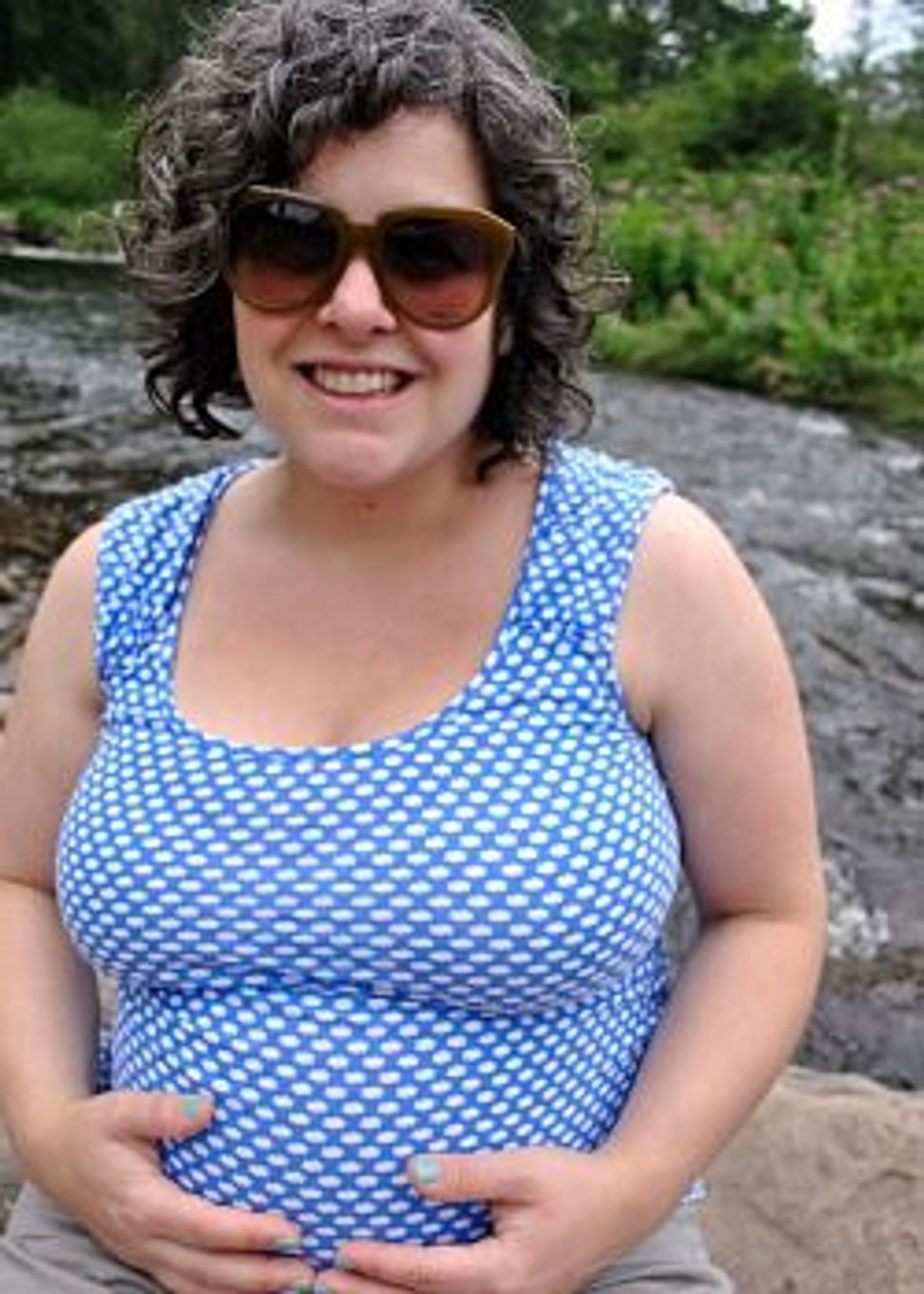 Over the last eight months, my pregnancy has been a mixed bag, and it’s not just because of the fatigue, nausea and adjustment to the fact that there is a tiny human growing inside me. When I was in high school and college, I experienced eating and body image problems. I spent many years healing by way of therapy and a great deal of self-introspection; at this point in my life, I am secure within myself and my body. But being pregnant really threw me for a loop.

I had terrible morning sickness during my first trimester and vacillated between being unable to eat and eating foods I hadn’t had for years. I was also extremely exhausted and had no energy to exercise. And I’m someone who has run two marathons over the last six years. It was hard not to be able to control what was happening within my body, and the weight gain that was occurring more rapidly than ever before.

My second trimester came with lots of energy and excitement about the upcoming new addition to our family. I was beginning to really connect to this life growing inside of me, and embracing my newly formed round belly. The process has been beautiful. I even had a baby shower. Many people I have spoken to who are from an Orthodox background (as I am) thought this was out of the norm. I am not superstitious and felt that it helped build excitement about the baby coming. Now at 39 weeks, I continue to feel good.

But it was the countless comments — both the negative ones as well as the supposedly positive ones — that made me want to speak out. Since starting to show, I have been surprised by the way in which other women viewed me physically — not to mention an almost intangible expectation (from women) that I not be so visibly pregnant.

“You don’t even look pregnant!”

There was one undeniably negative comment — “I knew you were having a girl because your face looks all puffy” — but I’ll let that one slide.

Comments like these, while certainly positive and complimentary, made me incredibly aware of how I look to others. It made me feel like I was on display and pressured once again to look perfect just like when I was dealing with my eating disorder. Luckily, at this point in my life I am able to move past this, and know that I am doing the best I can to take care of myself and my body.

But I have friends who’ve gotten remarks such as “you’re due next week, right?” or “You’re huge!” One friend even told me that she went back to her hometown synagogue recently and someone exclaimed “you look fat!” Apparently it was meant as a compliment, but come on.

It is difficult to digest these kinds of comments, which make it harder for women — certainly for me — to feel confident and beautiful within their bodies during pregnancy.

Women are constantly scrutinizing other women about how they look, what they wear, what they do — the list goes on and on. It is no wonder that both within and outside the Jewish population there is a tremendous feeling of pressure to conform to impossible standards of thinness and beauty during pregnancy. Yes, during pregnancy!

The latest media obsession was Kate Middleton’s baby bump shortly after she gave birth. Unlike so many other celebrities who typically wait until they’ve lost the baby weight before making public appearances, Middleton posed for the cameras shortly after she gave birth. There was tremendous upheaval about her decision. It was commendable that she was open to exposing her post-pregnancy body in this way, but at the same time a bit upsetting to me that we live in a culture where showing a leftover baby bump is still not considered the norm.

Most of the women making comments about my appearance have been pregnant themselves. Shouldn’t that make them be more sensitive and empathetic? Shouldn’t they realize that some women experienced issues with their body before pregnancy? That these women might be more sensitive to particular comments? Many of the changes that occur within a woman’s body are not within her control, as I wish these women would be more careful when judging a pregnant woman’s appearance. I know I have done my part and will continue to make sure I am careful about comments I make when seeing a pregnant woman, being sensitive to how they might be feeling about their body changing.

Please, let the pregnant woman be!

Pregnancy and the Pressure to be Thin