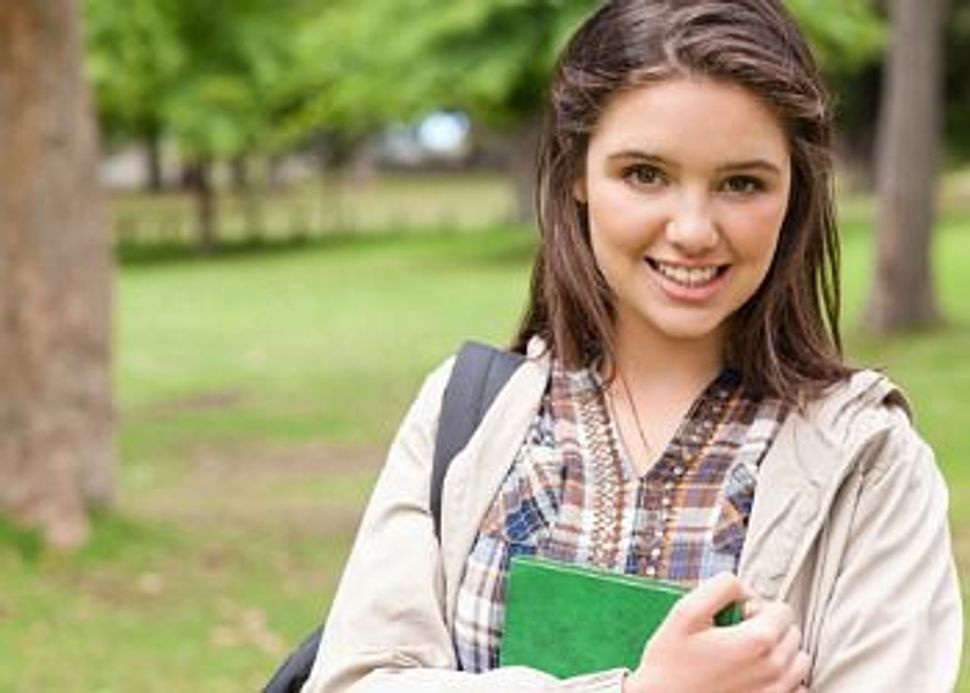 New York City just launched an offensive on yet another modern plague: low self-esteem in girls. The city started a new public health campaign aimed to encourage girls, aged 7 to 12 years, to challenge the unattainable notions of beauty foisted upon them by pop culture and advertising.

The campaign, which consists mostly of ads on public transportation, was the brainchild of Samantha Levine, the mayor’s deputy press secretary. Levine said she was moved to start the project after learning that 80% of 10-year-old girls report being afraid of being fat and most girls’ self-esteem drops at age 12 and doesn’t improve until 20. The Sisterhood spoke with Levine about what she hopes the campaign will achieve and why we need to redefine beauty.

THE SISTERHOOD: Tell us a little bit about why you decided to start the campaign.

SAMANTHA LEVINE: Girls younger and younger are struggling with body image and self-esteem — we hear stories of seven year old girls refusing dessert or telling their moms they feel fat, undergoing plastic surgery because they are bullied about their appearance. Not only is this troubling on a visceral level but there are real health consequences to negative body image and poor self-esteem: eating disorders, obesity, bullying, alchohol use, smoking, early sex and teen pregnancy. These consequences made a compelling case for New York City to take action; nobody has been a greater public health leader than Mayor Bloomberg.

What do you hope it will achieve?

Two things: this campaign seeks to help girls believe that their value comes from their skills, character and abilities — not their appearance. And it also aims to expand the definition of beauty beyond the unhealthy, unrealistic “ideal” that girls are confronted with day by day.

There is also programming surrounding the campaign, including fitness classes, after-school programs and a Twitter hashtag campaign #ImAGirl. Can you tell us a little more about these?

The City’s Parks Department is providing fitness classes for girls in all five boros as well as flag football teams, which is important since being physically active improves self esteem. Additionally, the City is providing a self-esteem curriculum — Full of Ourselves — to approximately 75 after school programs to supplement the campaign. We are also inviting girls to engage on twitter and talk about what makes them beautiful the way they are.

Some have critiqued the campaign for reinforcing the idea that beauty should be a goal, just with a more diverse definition. What are your thoughts on this? Is it just about meeting girls where they are at, or might it in some way encourage them to focus on their looks over other traits?

Only 2% of women consider themselves beautiful so we very deliberately chose to use the word to expand its definition and help girls stop comparing themselves to a manufactured idea of beauty and instead see images like their own reflected back at them — with the words “I’m beautiful” — on subways, buses and on the streets.

Which leads me to my last question, what does beauty mean in these ads?

It means internal and external beauty. The campaign aims to expand the idea of what is beautiful beyond a manufactured, unhealthy “ideal” and also help girls realize their value comes from who they are. This is also made explicit in the video where girls say “I feel beautiful when I help others, when I play with my friends, when I score a goal.”