Hello from the Sisterhood’s New Editor 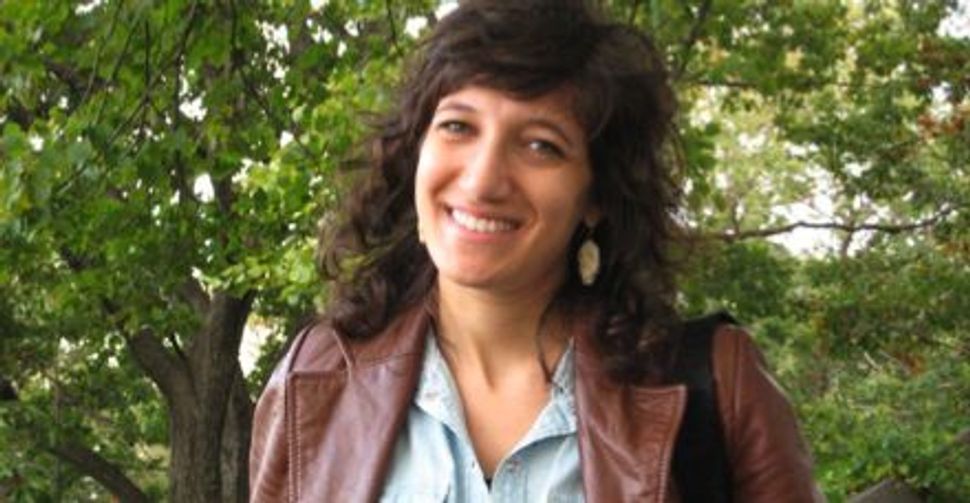 I’m thrilled to introduce myself as the new editor of the Sisterhood blog. As the deputy culture editor of the Forward, I’ve been covering gender and Judaism for the past two years, writing about topics like halachic infertility, Hasidic feminism and transgender Jews.

But my path to the Sisterhood actually began long before my time at the Forward. In middle school English class, I was given an assignment to instruct my peers on a topic of my choosing. Initially, I thought I would “teach” my classmates why girls are better than boys. (My logic at the time was that girls can grow up to have babies, an argument that today strikes me as rather sexist.) But in the end, I decided to go with a less controversial lesson: How to insult someone in Yiddish. (“Gai kaken oifen yam” or “Go poop in a lake” is still my favorite.)

From a tender age, it would seem, I was ruminating on gender and Judaism and the interplay between the two. Now, some two decades later, I finally have the opportunity to share my views in the public sphere. (I guarantee they’ve evolved beyond “girls are better than boys.”)

Of course, I’ll be joined by a talented bevy of freelance writers who will share their personal stories, analyze breaking news and, in the words of founding Sisterhood editor Gabrielle Birkner, “break ideas” on the blog. Speaking of Gabi, I have some big shoes to fill. Gabi and Abigail Jones, the immediate past editor, populated the blog with thoughtful prose and meaningful series, like “What Jewish Feminism Means to Me” and “Women in Mourning.” I am indebted to both of them — and their hard work and vision — as I helm the blog moving Forward.

Of course, I have a few ideas of my own. As editor, I plan to take a broad view of women’s issues by writing about transgender and gay issues on the blog. That’s not to the exclusion of the Sisterhood’s mainstay coverage — the blog will continue publishing on the pay gap in Jewish organizations and beyond, Women of the Wall, reproductive health, motherhood, what it’s like to be female and Jewish and so much more. I also plan to dip into the Forward’s rich archives to provide readers a glimpse of what the lives of Jewish women were like when the Forverts was an immigrant paper on the Lower East Side. Starting this Thursday, we’ll be publishing a weekly feature called “Throwback Thursday” (named after the popular hashtag) which will sift 116 years of Forverts’ images for snapshots of women’s lives.

One of my goals is expand the circle of Sisterhood writers to include more people of color, more people of varying ages and of varying levels of Jewish observance, and yes, more men. If you fit the bill — or if you just think you have something to say about Judaism and gender — please drop me a line at zeveloff@forward.com. I look forward to hearing your ideas, to reading your comments and to “liking” your Facebook shares of the Sisterhood’s blog posts.

Here’s to a great conversation, continued.

Hello from the Sisterhood’s New Editor