Throwback Thursday: The Wind Beneath His Wings 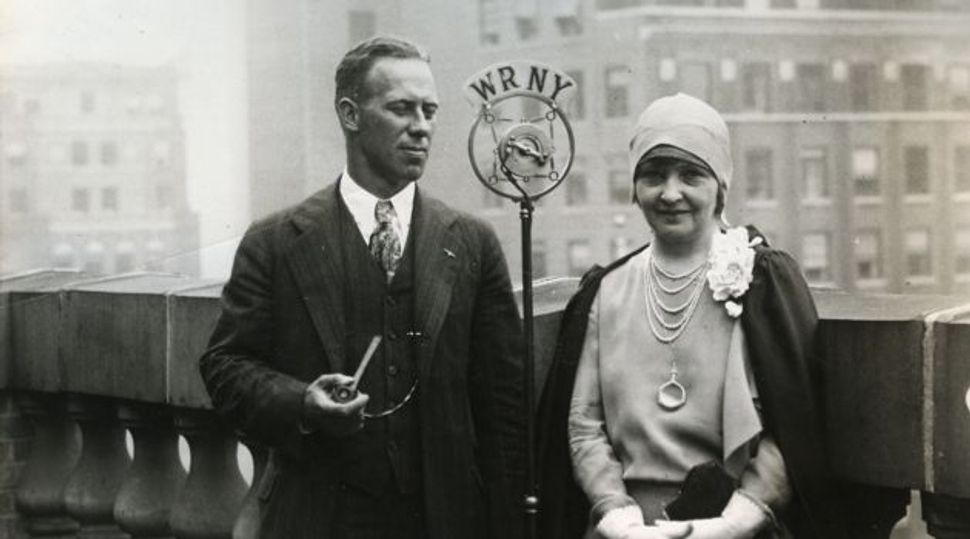 Welcome to Throwback Thursday, a weekly photo feature in which we sift 116 years of Forward history to find snapshots of women’s lives. Click below for more.

Edith Bowie Hawks was the wind beneath her husband’s wings. Captain Frank Hawks was a famed aviator in the 1920s and ’30s. (A common phrase at the time was “Don’t send it by mail… send it by Hawks.”) Airmen such as Hawks were so popular in their day that they had fan clubs — likely including Forverts readers.

Edith purchased a plane for her husband and then ran a fairly sophisticated weather station from atop the couple’s penthouse on Manhattan’s East Side, from which she kept him apprised of flying conditions.

The couple is pictured in 1929 broadcasting Frank’s radio show from the 18th floor of the Roosevelt Hotel studio of WRNY. Frank died in 1938 in an experimental flight.

Throwback Thursday: The Wind Beneath His Wings