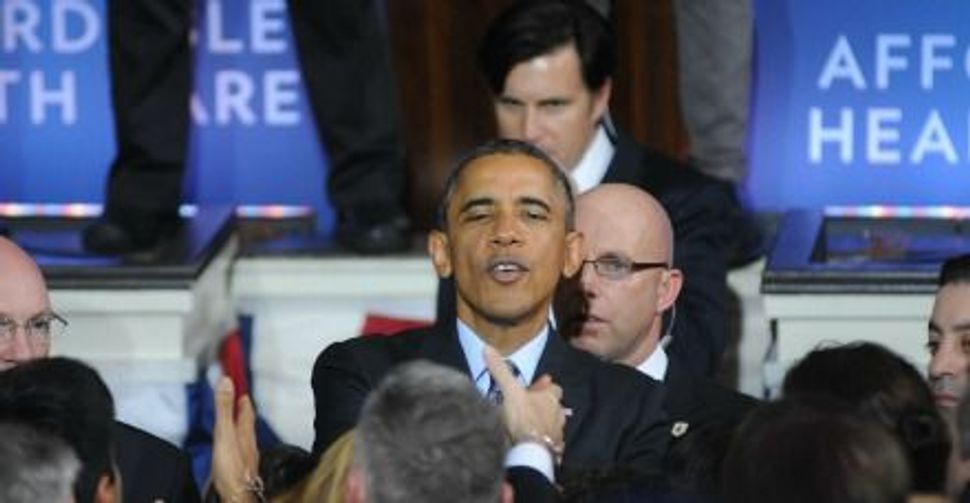 The media is in an absolute tizzy over the website glitches in Obamacare. In fact, I keep getting breaking news emails with updates on the State of the Glitches (this isn’t an exaggeration). I admit: the Obama administration clearly messed up, big time, in their tech firm oversight. And it’s an undeniable concern that all the hype over the website’s flaws will lead people to give up and not try to sign up for the health care they need.

However, something about this relentless focus rubs me the wrong way. That’s why I got a righteous thrill last week when I read Zerlina Maxwell’s piece in Feministing putting her finger on my discomfort. She explains that relatively privileged journalists may be over-hyping the site’s functionality issues and missing the real news, which is that frightened, uninsured Americans are happy to doggedly wait out the website’s birthing pains until they can access the marketplace and breathe a sigh of relief. And again, that sigh is not because the site is working, but because they can get health care, a basic right.

For the most part, those covering the problems are insured themselves and consequently greatly underestimate the patience of a chronically uninsured person who has been counting down the days until Obamacare began so they could have a little piece of mind that if they got sick they wouldn’t be staring down bankruptcy.

For uninsured workers in the queue for the insurance exchange marketplace, having an affordable health plan means security, and opportunity: they are now more well-positioned to pursue their dreams and bolster the economy. That’s the purpose of a safety net, isn’t it?

Of course, there are major flaws in our healthcare system, not limited to the website’s functionality. The chink in the plan’s armor (thanks, Supreme Court!) that gets my blood boiling, rather than 404 error pages, is the fact that there are so many governors bull-headedly refusing to expand Medicaid in their states in accordance with the original plan.

Unsurprisingly, we know who this affects the most: women. A few states have come around since this September article in the New York Times painfully revealed the numbers left out in the cold by governors denying coverage. But there are still many states holding out:

The 26 states that have rejected the Medicaid expansion are home to about half of the country’s population, but about 68 percent of poor, uninsured blacks and single mothers. About 60 percent of the country’s uninsured working poor are in those states. Among those excluded are about 435,000 cashiers, 341,000 cooks and 253,000 nurses’ aides. “The irony is that these states that are rejecting Medicaid expansion — many of them Southern — are the very places where the concentration of poverty and lack of health insurance are the most acute,” said Dr. H. Jack Geiger, a founder of the community health center model. “It is their populations that have the highest burden of illness and costs to the entire health care system.”

It’s a shame that these misguided governors are holding their own suffering citizens hostage. But to me, this giant, persistent gap in coverage reveals the greatest “glitch” in the Obamacare model: the lack of a universally available, socialist-style public option that anyone can access.

While expanding coverage is great, guaranteeing it for every single human being would be better.