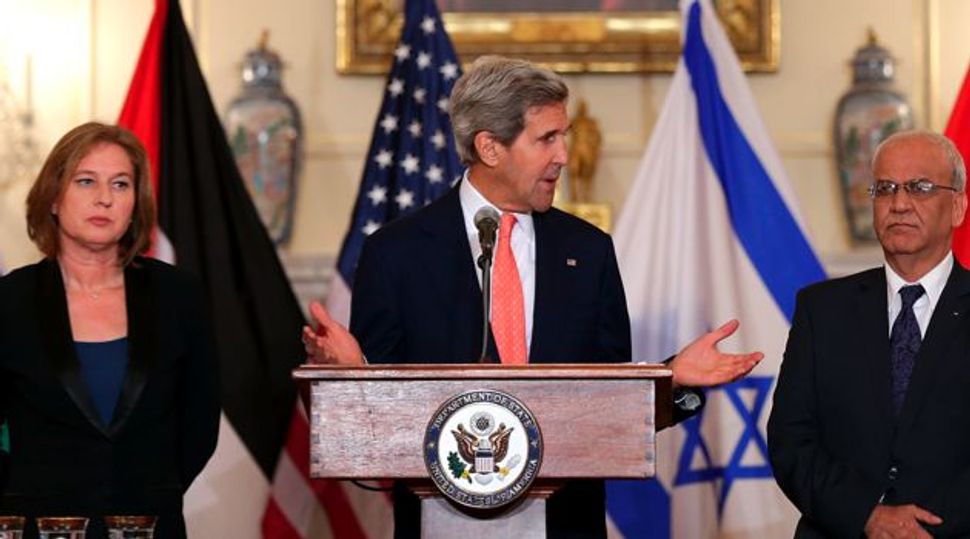 Israeli women want in on the peace process, and they think they can help.

As Haaretz’s Eetta Prince-Gibson reports, Israeli feminists recently got together to demand that the government include women on all decision and policy-making bodies, including those in charge of negotiating peace.

This would be part of their action plan to implement a U.N. Security Council resolution from 2000 that requires parties in conflict to make sure they are taking women’s perspectives and rights into account.

Currently the peace process in Israel is headed by a woman, Justice Minister Tzipi Livni, who supports the plan. But those behind the resolution say this isn’t just about the number of women, but about making sure a mix of women’s voices is being heard.

The thinking behind the resolution was that changes to warfare have led to a rise in civilian casualties, which tend to be women and children. The resolution states that women “are the key to ending violent conflict and to the establishment of lasting peace” and says U.N. member states should “take definitive action to protect women from violence.”

Israel was the first U.N. member state to adopt the resolution, back in 2005, but “like so much Israeli legislation in so many different areas, this legislation, too, remained impotently ‘on the books.’ ” So a coalition of feminists groups, 30 in total, spent two years coming up with a specific plan to make the resolution a reality.

The whole thing sounds like a no-brainer, right? The more women at the table, the better women’s interests are represented in the decision making process. Except for one little thing. Women, like men, have lots of different interests.

The process [of making the plan] pointed to the complexity of reaching agreement among women on issues of security and foreign policy. The organizers were unable to come to an agreement over the question of Israeli control over the Palestinian territories and, significantly, the word “occupation” does not appear in the National Action Plan.

In the end, most of the Israeli Palestinian feminist organizations withdrew from participating in the action plan because they were unable to reach an agreement about Israel’s control of the Palestinian territories.

Palestinian feminist activist and journalists Aida Touma Suliman told the paper that, “1325 must deal with the real issues that Palestinian women in Israel face – the policy of house demolitions, racism, discrimination, the loss of our lands. But the consensus did not pay enough attention to this.”

Getting more women on decision-making bodies is a wonderful thing. But expecting them — us — too all agree on something just to gain entry to the boys club might be setting the bar of entry too high.

All Israeli women, Jewish, Palestinian, right-wing, whatever, deserve to have their voices heard according to this resolution. It’s a shame that the new action plan has left some on the margins, the margins of the margins really, voiceless.