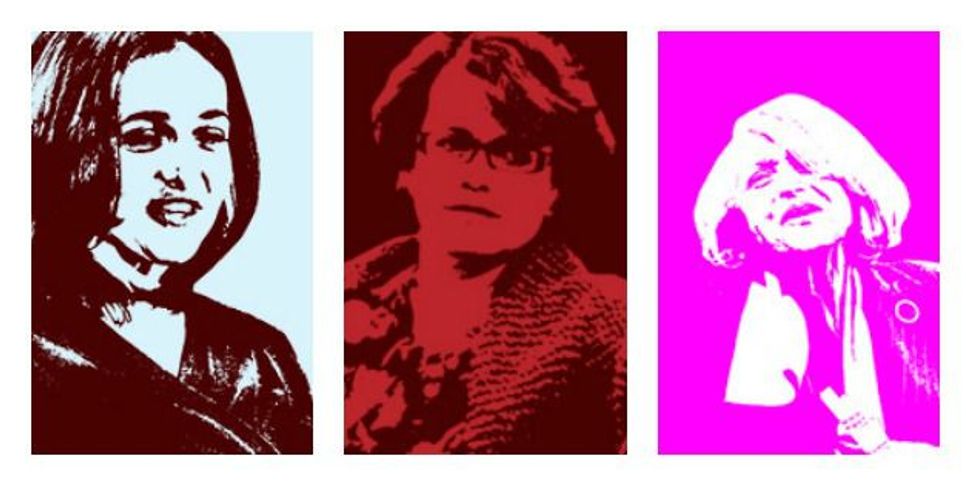 This year was my third helping to decide the Forward 50; the annual list of people who most influenced the American Jewish story has been a Forward tradition since 1994.

In my short tenure at the Forward, the process has been relatively similar year to year. Editors and writers with various expertise throw their suggestions into the ring. Readers send in their submissions. The editorial staff debates the names, adding people on and striking others off until a list — including the top five influencers — starts to take shape. Then the senior editors make the final call.

This year’s meetings, however, felt different in one key way: there was little, if any, emphasis on the need to better represent women on the list. That’s not because Forward editor-in-chief Jane Eisner suddenly abandoned her longtime campaign for gender parity in the Jewish world. It’s because women were the obvious choices to fill many of our slots. For the first time in Forward history, three of the top five are women: Newtown mother and gun control advocate Veronique Pozner, DOMA plaintiff and gay rights crusader Edith Windsor and Facebook Chief Operating Officer and “Lean In” author Sheryl Sandberg.

To be sure, our list is not split equally between women and men; the ratio is 15 to 35. (Last year we had 20 women and 30 men.) It’s also true that the breakdown of the top five is not statistically significant. Because we pick five and not six, there’s no chance of perfect gender parity — there will always be either more women or more men in our blue ribbon group. Yet even so, in 2013 it felt like a small glass ceiling was broken at the Forward. The fact that our top five came together so easily — without discussion about needing to include more women — made this year’s list feel even more momentous.

The three women in the top five all played major roles in debates roiling the American public. Significantly, gender had little do to with the activism of Pozner and Windsor. Though Pozner’s campaign for gun control came out of her experience as a Newtown mother, it’s easy to imagine a Newtown father taking on a similar role (and indeed, some have). And while Windsor’s 40-year partnership with another woman, Thea Spyer, set the stage for her lawsuit against the U.S. government, a gay man could have served as plaintiff in an equivalent case. Pozner and Windsor’s inclusion on the Forward 50 is an example of the feminist movement bearing fruit — women are now the leading voices on issues that affect women and men equally.

That brings us to Sandberg, whose call for women to “lean in” was, obviously, directly tied to her gender. Whether you think Sandberg’s book was a groundbreaking tome or a corporate repackaging of longtime feminist demands, there’s no denying that the Facebook COO helped bring the issue of gender and leadership into the mainstream media. What’s more, according to a recent New York Times article, minority men are finding inspiration in “Lean In,” too.

The past honoree that most strikes a chord with me is former Congresswoman Gabrielle Giffords (2011). It was my first year at the Forward when we listed her in the top five. Who could have predicted that two years later she would be joined on the list by Pozner, another Jewish woman whose life was forever altered by gun violence, and who then became a potent voice for gun control?