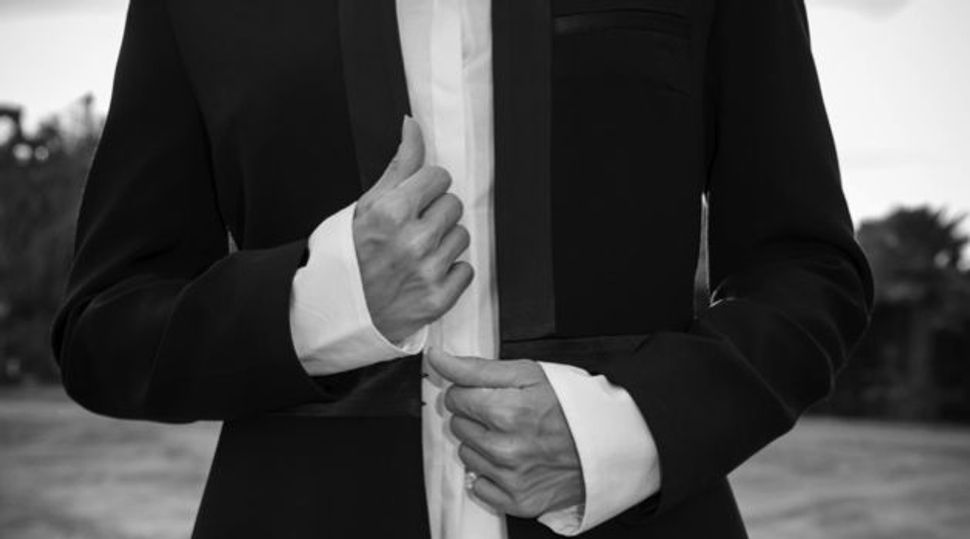 Israeli fashion house Comme-Il-Faut presented their new collection during the recent Israeli Fashion Week. The inspiration for this season’s look? The Women of the Wall.

Karin Leikovich and Sharon Daube, the designers at Comme-Il-Faut, told Ynet that they met with Anat Hoffman and Lesley Sachs, the leaders of the Women of the Wall, and saw their work as a “feminist struggle affecting every woman in the country, which is especially important to us too as secular women. Therefore it is an issue we would like to put on the agenda through clothes.”

“At the end of the day, fashion is a tool of communication allowing us to convey messages through it and touch people,” Leikovich told Ynet.

So what does a avant-garde leaning fashion house do to message religious feminists on the runway? Dress them like Hasidic men.

The collection, which is limited to the conservative hues of black, white, grey and blue, features the designers’ take on the vests, coats and starchy white shirts traditionally donned by Hasidic men. The clothes are modest, but not matronly, and, as it appears, comfortable too.

The designers say they like the fact that their collection will appeal to women from all religious backgrounds.They also made a T-shirt with the slogan, “We lovingly give permission to one another,” proceeds from which will go directly to Women of the Wall.

These day “statement clothes” tend to come in the form of Miley Cyrus’s booty shorts or Lady Gaga’s 9 inch heels and over-powdered face. There is certainly some value in a popstar’s attempt to own her sexuality or rethink beauty, but neither looks are overtly political. For that we must exit the world of high-fashion and throw on that NARAL t-shirt we usually reserve for sleeping or the gym.

This collection is refreshing because it offers another alternative. It is high-minded in terms of style and intellect, without being loud or sexy. Clothes are powerful messengers of status, be it religion, age, class, or even relationship, so it’s nice to have more sartorial choices to allow us to express how what we think and how we feel.

In short, I love this collection and I wish I was wearing it right now. Now only if it was available in the States. And I could afford it.