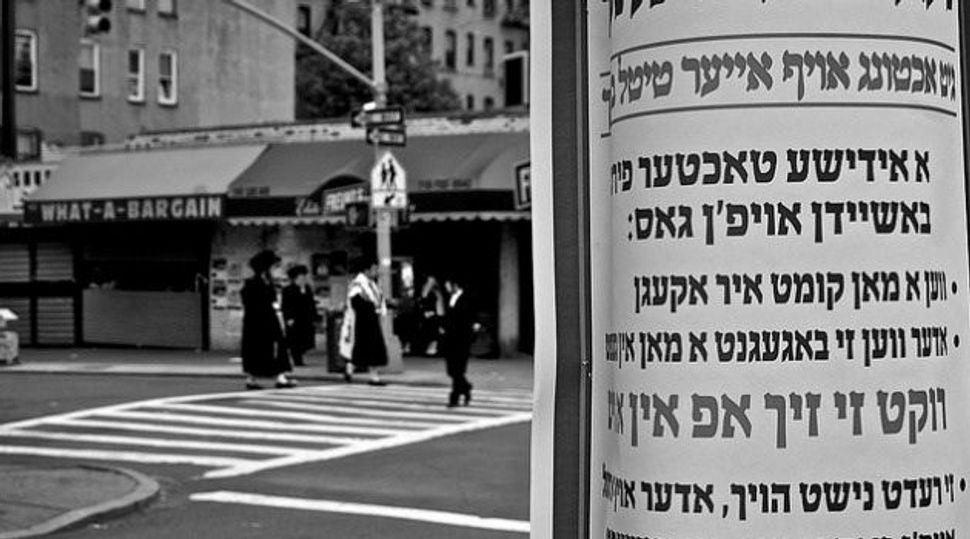 There are so many stories in the news emerging from the Orthodox community about boys in the religious community — literally from here to Australia — that it’s hard to keep track. Ben Hirsch, director of Survivors for Justice, a Brooklyn organization that advocates for Orthodox sex abuse victims, has recently been quoted as saying that over 50 percent of Orthodox boys are victims. “It has almost become a rite of passage,” he said.

These stories are all gruesome and painful, and they all have in common that they took place in Jewish religious institutions, the alleged assailants protected by adult men in positions of power.

The Orthodox community is relatively new at dealing with the issue of sexual abuse of boys. The community at large isn’t even that experienced at addressing sexual abuse in general, and yet for male victims, the obstacles to healing and justice are compounded. For men and boys, in addition to the physical and emotional pains of sexual violence, there are also difficult layers of shame, fear of being labeled a homosexual, feelings of being deemed effeminate, and an overall confusion and discomfort around the question of how rape happens to men. And in all these cases in which the perpetrator is a man in authority — religious authority no less — the attacks can leave the victim with severe and long-term trust issues.

Perhaps the most concerning issue is that men and boys who are untreated are at high risk of becoming perpetrators as well. According to Debbie Gross, founding director of the Crisis Center for Religious Women that has been working on the issue of sexual violence in the Orthodox community for over a decade, the failure to effectively deal with victims has created an epidemic of pedophilia and sexual violence in the Orthodox community. When you hear a story about a sex offender who is himself a kid, you can be fairly certain that he was a victim himself.

I think that feminism has a very important role to play in helping the community grapple with this horrific trend. As Susan Brownmiller wrote 40 years ago when the world was just starting to understand sexual violence, rape is not about sex but about power. Abuse of boys in the religious community by adult men in positions of teachers, camp counselors and rabbis, are examples of men in power using the weakest and vulnerable members of society as objects for their personal use. And in these cases the power dynamic is compounded as entire institutions and communities come to the rescue of rapists.

The victims are violated not just by their rapists and molesters but by the people who are meant to protect them and make them feel safe. It’s so important to recognize how difficult it is for victims who are up against this wall of “community” or communal institutions which can be so silencing and so powerful.

As women, we are all too familiar with this narrative. We have experience unpacking dynamics of sexual abuse, learning how to fight back, how to reconstruct our identities, and how to heal. That’s why women, especially whose who have learned from feminism about dynamics of sexual abuse, need to speak out on behalf of the victims, and help the victims learn and benefit from women’s experiences with sexual violence. The entire religious community can and must learn from the feminist experience, in order to begin to effectively deal with this horrific problem and start to create a path of healing.

This is why the upcoming JOFA conference on December 8 will address sexual abuse in the Jewish community. Shira Melody Berkovits, Dr. Ellen Labinsky and Liana Goldmintz, all experts in this difficult and painful work, will be looking at ways in which the Orthodox community can do a better job in exposing violence, protecting victims, and making changes in how sexual abuse is handled in the community. I urge anyone who cares about this vital issue to be there.