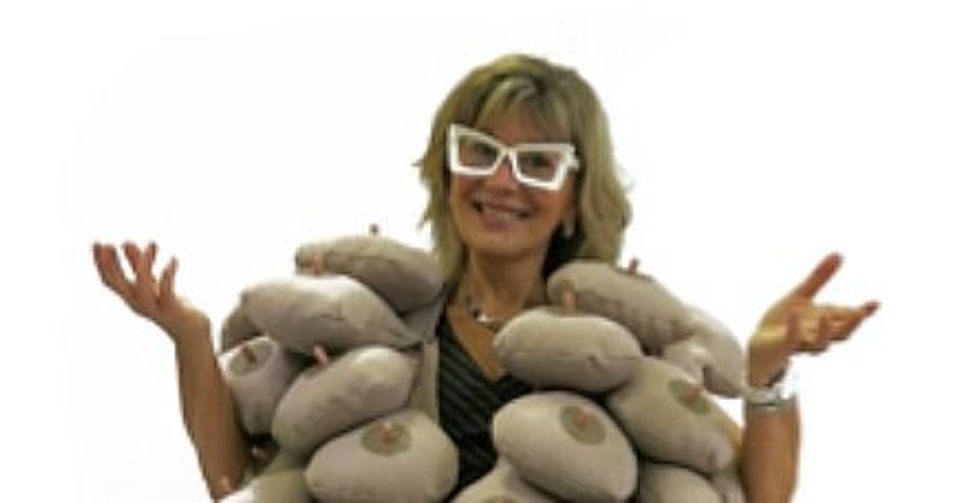 Image by courtesy of mirta kupferminc

Is there a Jewish stereotype more inextinguishable than that of the overbearing, food-pushing mamele? It’s 2013 and, Hollywood is still churning out characters like Amy Kanter-Bloom; the fretful mother of Larry Bloom on Orange Is the New Black. 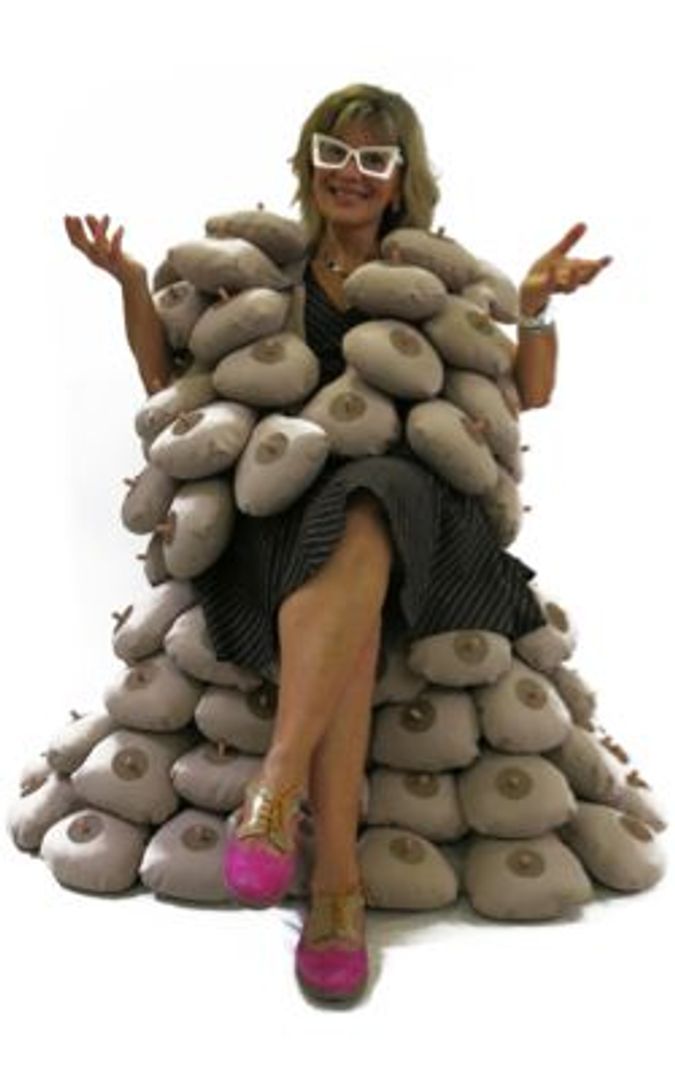 Image by courtesy of mirta kupferminc

What the Jewish mother needs, however is not a modern makeover, but a fracturing. Better than supplanting one stereotype with another is to picture a messy mosaic.

LABA, the Jewish cultural program at the 14th Street Y in Manhattan, will be showcasing one such mosaic of Jewish motherhood in a storytelling event co-hosted with Kveller.com this coming Monday (featuring a chair of fake breasts by artist Mirta Kupferminc, pictured here!). The Forward got a sneak peek of a few of the stories.

There’s Carla Naumberg, the Jewish mom without a Jewish mom:

They say history repeats itself, but I certainly wasn’t expecting it to happen this way. My parents gave me a Jewish last name, but not Jewish status. And now I have given that same name and that same conundrum to my own daughters. The law of matrilineal descent is one of the sharpest of double edged swords in our tradition; it gives Jewish women the power to convey status to their children, but it leaves non-Jewish women with few options for full access into the community unless they are willing to have an Orthodox conversion (which still doesn’t guarantee recognition by the State of Israel). Any man, Jewish or not, can choose to marry a halachically Jewish woman, and have as many kosher kids as he’d like. Women just don’t have that option.

As the new Jewish year approached, however, I felt stuck, frustrated, and powerless. We had to wait until the beginning of my next cycle to do the first round of fertility tests, and then it would be at least another month until we could begin any treatment. What was I supposed to do in the meantime? In the dark hours of my insomnia, I picked up a book about the High Holy Days, figuring I might as well use my very empty time for some spiritual reflection.
That was when I remembered the story of Hannah and suddenly found myself in unexpectedly comforting company. Hannah was happily married to a devoted husband, but did not have any children. (She also had a very fertile sister wife, which made her situation worse than mine). Though her husband wondered why his love wasn’t enough for her, Hannah yearned for a child. One year, when her family made pilgrimage to the temple in Shiloh, Hannah’s desperation brought her to appeal directly to the ultimate Source. Her silent prayer was so fervent that the priest who witnessed it was sure she was drunk. The pure intensity of her prayer not only worked – she conceived – it also earned her honored status in the eyes of the rabbis of the Talmud, who cite her petition as the model of heartfelt worship.

There’s Joy Ladin, the Jewish mom who was a Jewish dad:

I don’t know if I will ever be accepted as a parent by a community in which I had to fight to have my daughter called to the Torah by my name. I don’t know if my children will ever call me anything but “Daddy,” or refer to me as “she.” Had my family dynamics been different, growing from a Jewish father into a Jewish mother would have been part of my gender transition. But my children see me as a man and my Jewish community struggles to recognize me as their parent; on what basis can I claim to be a Jewish mother?

And there’s Forward contributor Elissa Strauss, the Jewish mom who is trying not to worry:

I’ll always be a little envious of my mother’s ability to move straight to the hazy, hot center of worrying. Who doesn’t long to immerse themselves so fully, so blindly, in an act of love for their child? Our love for our children is a reckless one, so is not natural when they are at risk to worry recklessly?
But I don’t want worry this way. I try not to worry this way. Because this isn’t how I want to love.

Check out the event on Monday for more!