Q&A: Susan Katz Miller on ‘Being Both’ 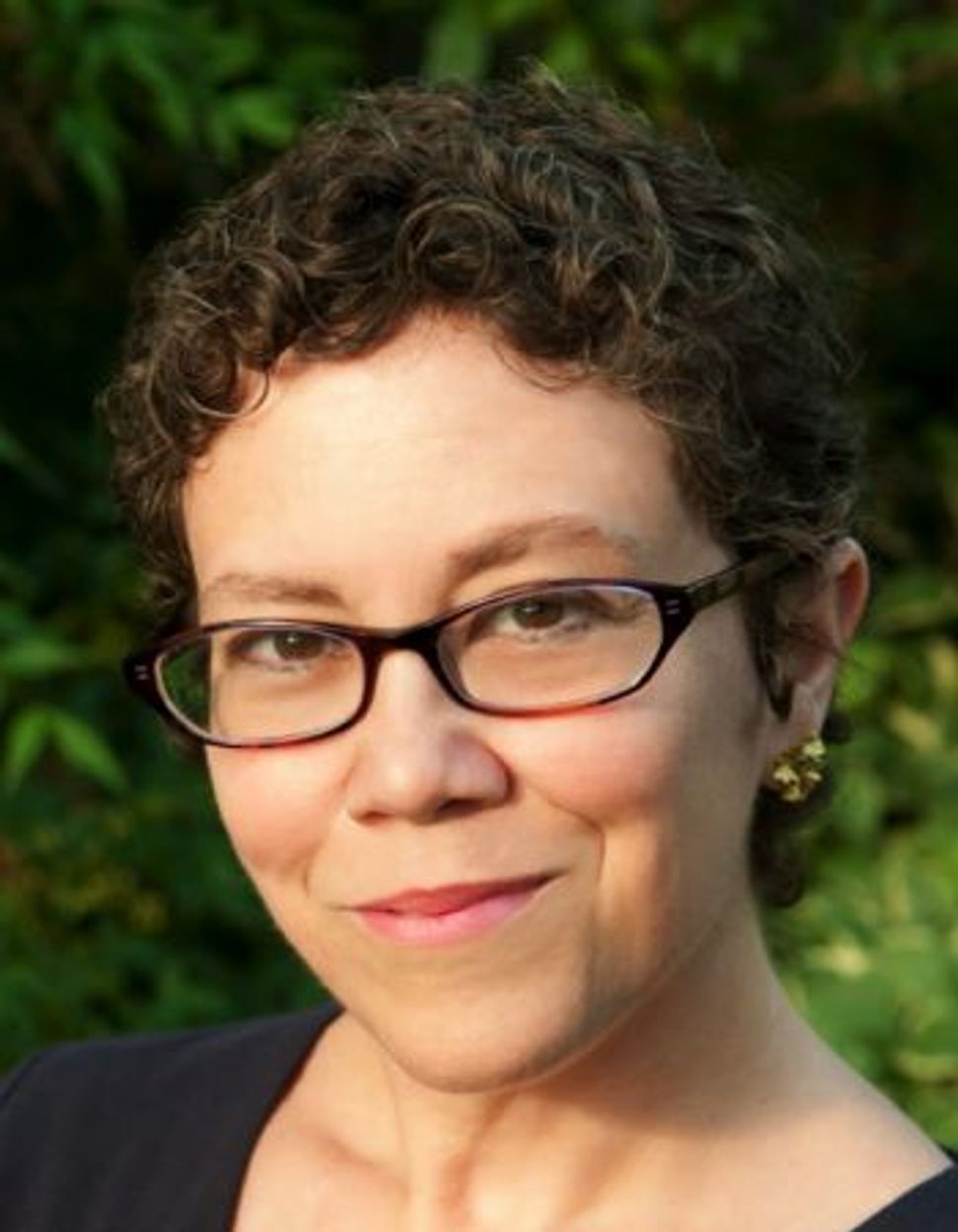 For some, Susan Katz Miller’s new book “Being Both: Embracing Two Religions in One Interfaith Family” (Beacon Press) is an inspiring testament to inclusive religious identity. For others, it sparks debate about what it means to be Jewish, what it means to be Christian, and if it’s possible to be both. But however it’s read, it’s a provocative and heartfelt analysis of the role of religion and heritage in contemporary family life. 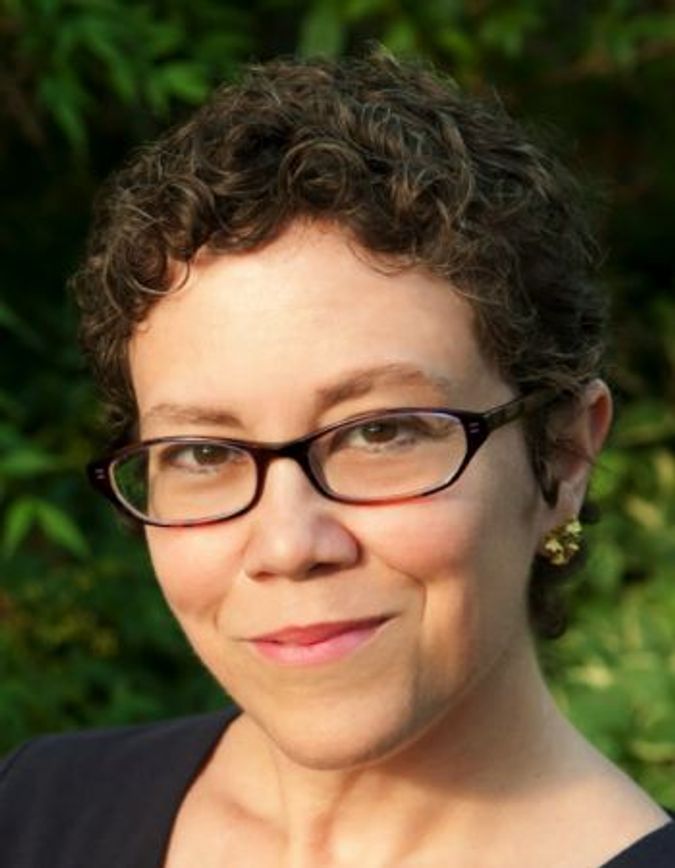 The daughter of a Protestant mother and a Jewish father, Katz Miller was raised in Reform Judaism. She and her Episcopalian husband chose to raise their children in the inclusive community at the Interfaith Families Project of Greater Washington, DC. She’s written about her family’s journey for the Huffington Post, The New York Times, at her blog On Being Both and for many other publications.

Forward contributor Jessie Szalay caught up with Susan Katz Miller while she was on book tour.

Jessie Szalay: You’ve been part of the DC interfaith community for a long time, and as you report, the number of interfaith families is growing. How has the reaction from the general public to your being interfaith changed over time?

Susan Katz Miller: On the one hand, there are far more people who say to me, “Oh! I’m also from an interfaith family!” than there used to be when I was growing up on the rather lonely front edge of this demographic wave. So there is more understanding and support. But on the other hand, there can be a lot of fear and anger from people who feel threatened by this paradigm shift, or feel Judaism as they know it is threatened by demographic reality. Since the book came out, I have gotten a lot of hate mail, and a lot of people trying to tell me how I’m not Jewish in the slightest.

Some people worry that in teaching two religions, without teaching children what they should believe, we end up with a dry, intellectual, compare-and-contrast kind of secular education. But we know from the tremendous growth in the numbers of Americans who are “spiritual but not religious” that you do not have to have a specific creed in order to have spiritual experiences. Our interfaith community sings together, has moments of silence together, celebrates our joys and concerns together. We hear reflections from rabbis, ministers and fellow community members. But for me, as an interfaith child, the most powerfully spiritual experience is just being in a room filled with hundreds of other interfaith family members, because I know that I am accepted without reservation or limitation in this community.

Your book made me think a lot about our culture’s obsession with labeling everything. What roles do labels play in the interfaith community, or is there a tendency to eschew labels?

I think as human beings we have a primal need for tribe, and our brains have a strong propensity to want to label. Certainly, as an interfaith community, we push back against labeling, but in the end, we have to articulate our identities to each other.

So I label myself Jewish, because that’s the way I was raised, and because I have a deep love for Judaism, and I am passing that on to my children. But I also label myself interfaith, because that is the primary community I have chosen for myself in adulthood. And I reserve the right to choose to give myself different labels in different situations. When confronted with anti-Semitism, for instance, I always step up and explain that I’m Jewish. But there are other times, for instance, when people say, “You can’t be both,” that I confront this intolerance by declaring my interfaith identity first.

As an interfaith community, I would say most of us don’t use the labels “half-Jewish” or “partly Jewish” for our children. I don’t like being divided up into fractions, and I don’t like it when my other “half” goes unlabeled and unspoken. I’m Jewish and interfaith. No fractions.

Many parents in interfaith communities give their children provisional labels of “interfaith” or “Jewish and Christian.” Some parents feel that having this label will help children to understand that they do not need to feel pressure to choose a religious label in childhood. But they also realize that these children will grow up and make their own decisions about religious practice and identity, just as all people do when they grow up, even if they come from a single-faith family.

As part-Jewish and part-Christian, I related a lot to what you said about the benefits of an interfaith upbringing and feeling like an ambassador for peace and inclusion. It’s always surprising to me that so many people think being both would be a primarily negative or confusing experience. Why do you think this negative idea persists?

In my book, there’s a clergy member who says it is the onlookers who are confused, not the children who are raised with both religions. I think there is some level where it is hard for people to understand how naturally interfaith children feel their both-ness, unless they were born into it. Even intermarried parents don’t always understand it the way their children do.

But a lot of the negativity is projected from a place of fear: fear of the “other,” fear of an unfamiliar religion, fear based on the very real history of religious violence, and fear that interfaith marriage threatens the survival of Judaism, or of other minority religions in America. The Hindu and Muslim communities have this same fear about marrying Christians, the same struggle. I understand that fear, But I think we have to have more confidence that Judaism is compelling, and that some of these children will choose to pass it on.

For some interfaith families, choosing one religion for the children is going to be the right choice. And in some couples, conversion of one spouse is going to be the right choice. But conversion has to be a personal decision. And just as with conversion, the choice of how to raise interfaith children is a very personal decision for a couple, and should not be made based on anyone else’s agenda, or under pressure.

You’ve had a successful career as a journalist writing about a wide variety of topics. What made you decide that being interfaith was the subject you needed to write a book about?

I had been thinking about what it means to be part of an interfaith family all of my life, and eventually I came to feel that I was born to write this book. No one had studied interfaith children raised with interfaith education, and no one had written from the perspective of an interfaith child who is herself raising children with both religions. And the time was right, as the new Pew study showed, when they found 25% of intermarried Jewish parents raising children with two religions. In retrospect, I am glad that I did not publish the book 10 years ago, because I think the world would not have been ready for this book. It is challenging enough, even now, for people to grapple with these ideas of complex religious identity.

Q&A: Susan Katz Miller on ‘Being Both’