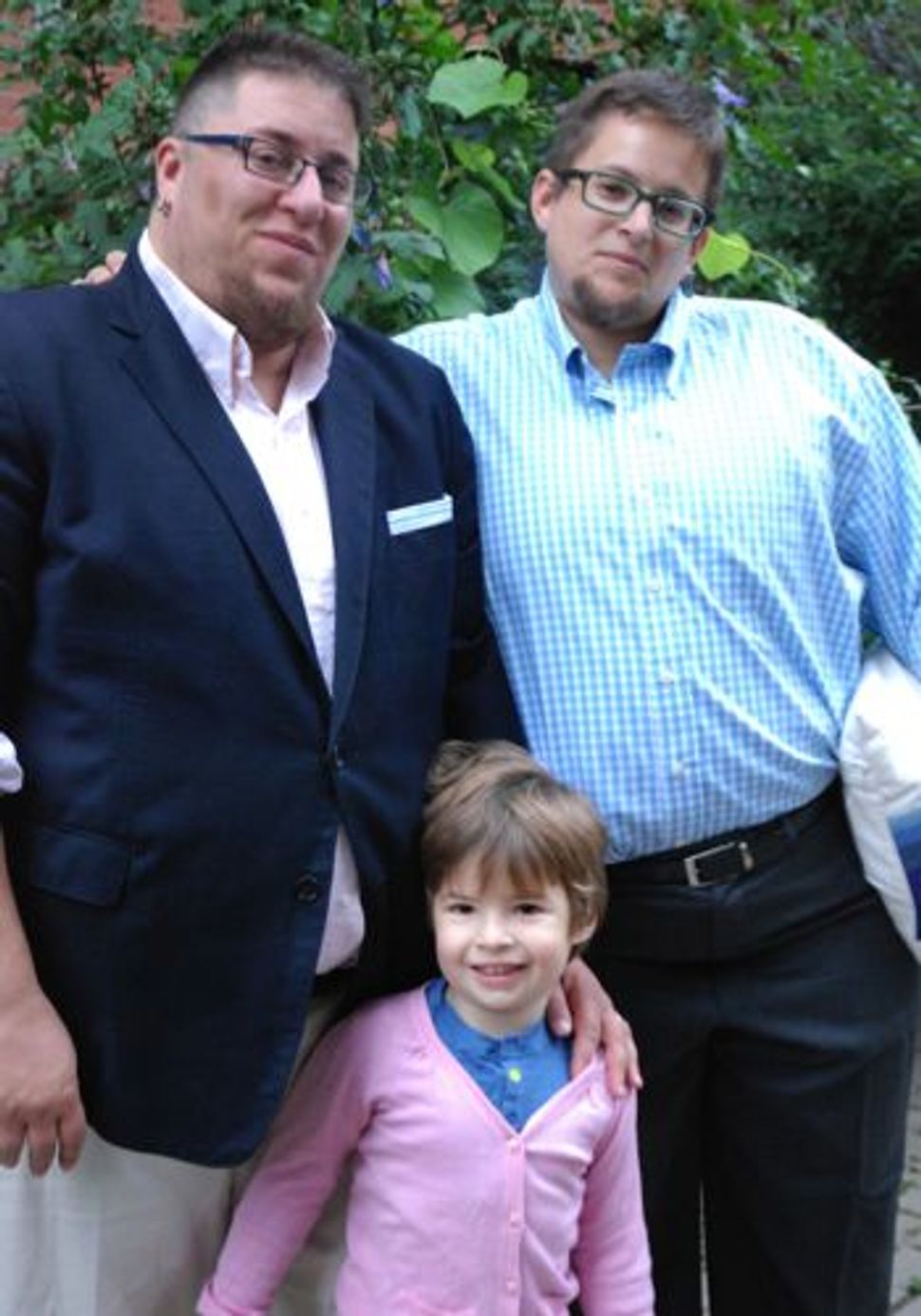 I am currently eating crow among certain groups of my friends. Year upon year, I have engaged in the traditional Jewish complaints chorus about why, oh why, can no organization seem to avoid scheduling important things during Jewish holidays? I have waved calendars over my head, yelped and squawked, made irritated phone calls and written very stern letters about religious plurality and disenfranchisement and just plain being big leaver-outers, all to people who scheduled fun or important things during Jewish religious observances. And this year… I am the offender. Sort of.

In my defense, I got squeezed by a combination of circumstances. But at a certain point, the choice was mine — have my book-launch party for “Blood, Marriage, Wine and Glitter” on the first night of Hanukkah or don’t have it at all. I had already made a fuss about not having it on Shabbos, and about wanting to have it in our Toronto LGBTQ theatre, Buddies In Bad Times, which I like to support with my dollars and well as with my warm feelings. The first night of Hanukkah happened to be the date that met all requirements. So. I did a little mental math and decided that we’d just make a virtue of the inevitable: I would make it look like it was on purpose. And, as a bonus, I’d include pole dancers. Let me explain. 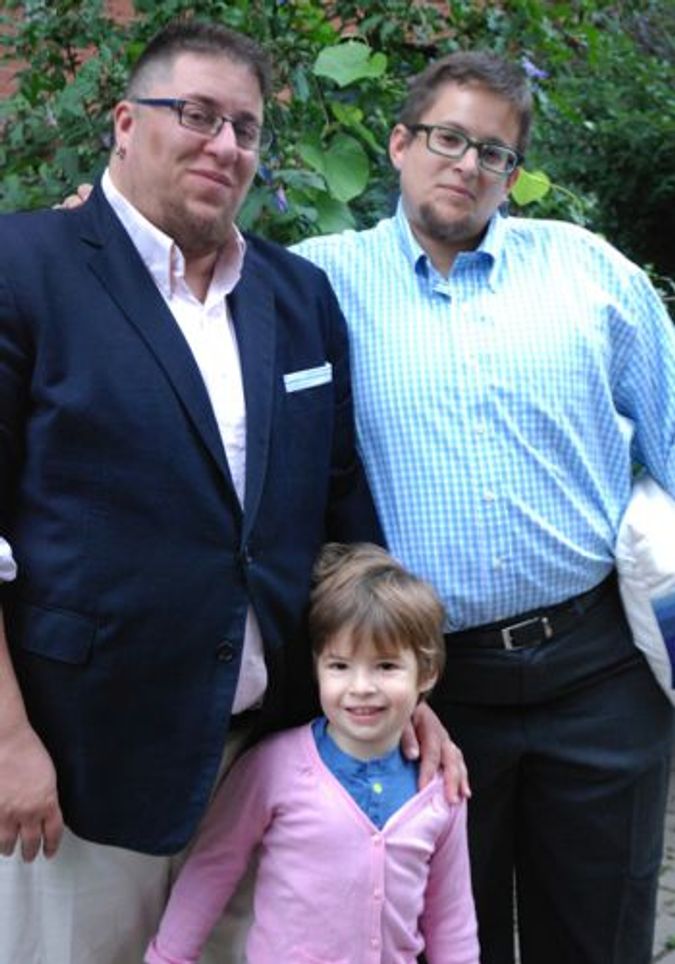 It’s not uncommon that I’m balancing my work life with my religious and cultural practice – I think a lot of modern Jews experience this, and struggle with it to varying degrees. I make a living writing and speaking about gender, sexuality and culture, especially Jewish culture.

And here we are, at the intersection of queer culture and Judaism again — giving a book party on Hanukkah Well, okay. What says both homo and Hannukiah to you? I make a short list — heat, light, shine, sweetness and community.

Glitter’s a gimme, sparkly enough for both groups, so that takes care of shine. I add sufgianot for sweetness in the form of miniature jelly donuts, figuring that pastry is always a crowd pleaser, and they’re my son’s favorite so if I tank the reading I can call him up onstage and show off his powdered-sugar-coated smile. Sold.

For light, I choose not only theatrical lights, which seem like a cop-out, but also some light of heart and deed. Instead of charging a straightforward ticket price for the show, I make the tickets ”pay what you can” at the door, leaving attendees free to make their own decisions about what they can afford for an evening of entertainment, but also making sure no one gets left out. I’ve been experimenting with this whenever I can. I find that some people pay a crisp $20 and some pay 17 cents in sticky pennies, but they do actually pay what they can and no one is left out because they can’t afford a ticket. It feels like a good combination: recognizing that transgender people especially are shockingly underemployed, and an act of tzedakah in which the person receiving it doesn’t have to call any attention to themselves. It’s the only the fourth level of charity according to Maimonides, but better than nothing.

This choice also does double duty and reflects the value of community, but to be sure I go crazy inviting people — members of the gay dads group, my husband’s co-workers, our synagogue, friends, family. My husband and son (pictured above, with me on the left) will come, and my husband’s teenager from a former relationship and her parents, and a few of her friends — plus something like a quarter of her English class is coming, including the little gay boy who desperately wants to come out, but feels he can’t. I invite all of our near-enough friends, all the people I have met and chatted to at book parties recently, a few of the locally gay-mous (the famous gays) and I’m happy with my list.

But heat is stumping me. I suppose it could be warmth, which I could cover in words and stories, but my list already has a lot of warmth in it. I want a pop, something that has a little sizzle to it — a flash of heat to ignite, like a candle. I’m stumped, though, until I take a quick tour of the lighting setup at the theatre and see a shiny, tall brass pole on a moveable stand sitting in the corner, behind the curtain. It’s for pole-dancing, and immediately, I know. Heat. I call a couple of burlesque performers I know and ask them to come and bring a little of their heat and spark to my queer, literary, Hanukkah party.

And then, it’s set: heat, light, shine, sweetness and community. We’ll be warm and sticky and well-entertained, surrounded by community, listening to stories… and also watching a couple of people do high-pole tricks in their underwear. The Christians may be donning their gay apparel. I’m pretty sure, though, that this is a whole new queer level.