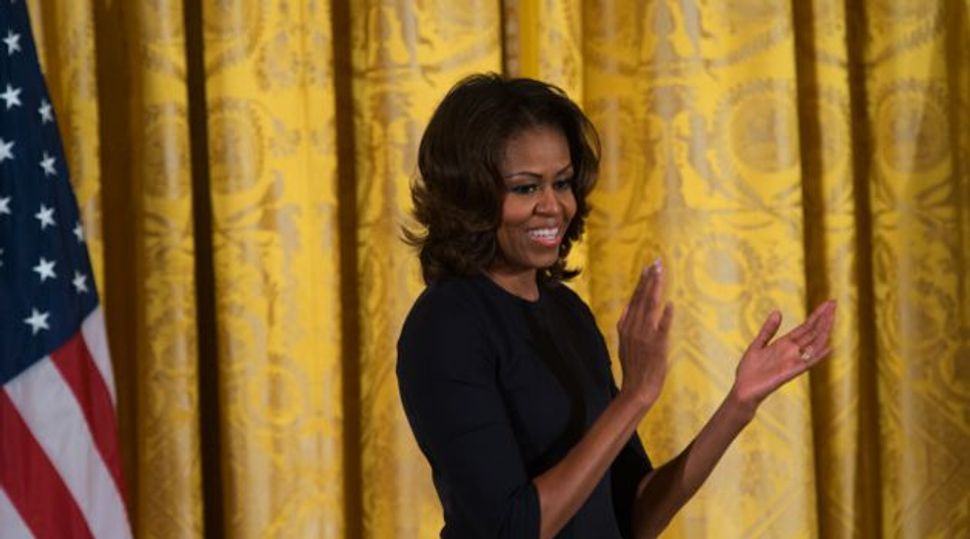 Over a decade ago the Onion (a satirical newspaper), ran a story entitled “Women Now Empowered by Everything.”

“As recently as 15 years ago, a woman could only feel empowered by advancing in a male-dominated work world, asserting her own sexual wants and needs, or pushing for a stronger voice in politics. Today, a woman can empower herself through actions as seemingly inconsequential as driving her children to soccer practice or watching the Oxygen network.”

This, hilarious I might add, story is mocking what is known as “choice feminism,” a term coined by Linda R. Hirshman in the American Prospect in 2006. “A woman could work, stay home, have 10 children or one, marry or stay single,” she wrote. “It all counted as ‘feminist’ as long as she chose it.” Hirshman goes on to denounce this idea as a con, asserting that this Charlotte York approach will only lead to stalling, or reversing, gender equality.

Today, us feminists are still stuck in this “I choose my choice” quagmire, with recent battles about “selfies” and Michelle Obama’s feminism as the latest examples.

The “selfie wars,” which Sarah Seltzer wrote about for the Sisterhood, centered on the question of whether or not women taking pictures of themselves can be considered empowering. On one side was Jezebel’s Erin Gloria Ryan arguing that self-portraits only reinforce “the socially-ingrained notion that the most valuable thing she has to offer the world is her looks.” On the other side was Rachel Simmons writing on Slate that selfies are “a tiny pulse of girl pride — a shout-out to the self,” a victory once and for all over the male gaze.

While these ladies were debating selfies, others were arguing over Michelle Obama’s alleged status as a “feminist nightmare,” as she was referred to in a recent article (a bananas one, I might add) in Politico. The writer argues that because Obama has stayed out of “serious” things and instead focuses on typical lady-stuff like nutrition, fitness and being a really great “mom-in-chief,” she had disappointed many women who expected more from the Princeton grad.

I won’t get into the back-and-forth on this one. It’s not worth it. Instead, I want to call foul on this whole system of viewing everything a woman does as either empowering or disempowering for all women.

Sometimes, many times really, women do things that are neither empowering or disempowering, that neither advance or impede the feminist cause. Sometimes women are just being people, doing the things they like, whether it’s making a kale shake or instagramming a picture of themselves at the beach.

Now, I’m not trying to say to say that this empowerment/disempowerment scale is totally useless. It is incredibly handy for figuring out our communal values and informing our activism in this age of choice feminism.

But the way the empowerment/disempowerment scale is used now, through knee-jerk, mechanical arguments that lack any nuance or acknowledgement of what it is actually like to be a decision-making human being — Michelle Obama is a good feminist, Michelle Obama is a bad feminist, selfies are empowering, selfies are disempowering — it is has become a burden, a thorn in all our sides.