When Miss World Was Raped 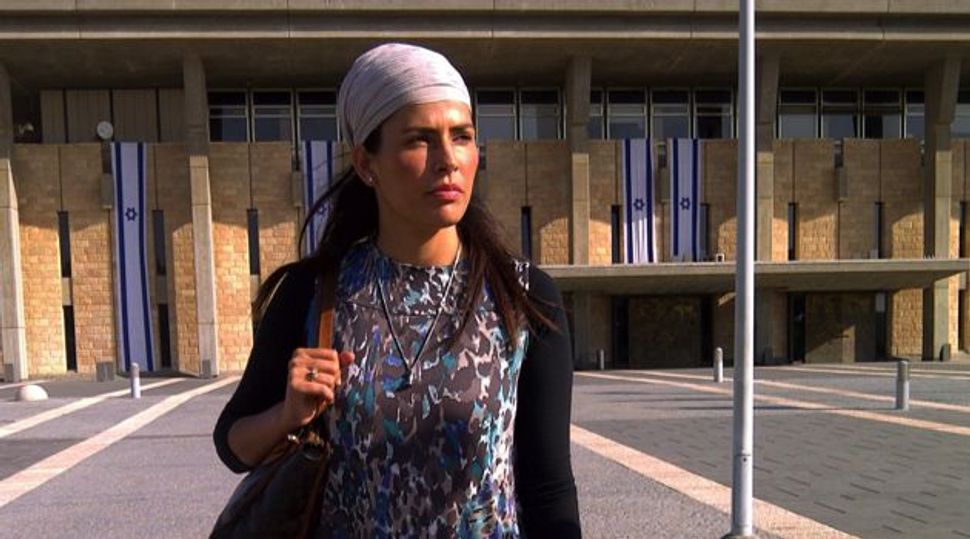 Linor Abargil, of Netanya, Israel, was 18 years old when an Israeli travel agent raped her in the car on the ride to the train station in Milan, where she had been for a modeling event. Seven weeks later, she won the 1998 Miss World beauty pageant in the Seychelles. She reported the crime to the authorities in Rome and Israel, and the rape trial in Israel ended with her rapist Uri Shlomo receiving a 16-year prison sentence in October 1999.

A new documentary called “Brave Miss World,” directed by Cecilia Peck (the daughter of Gregory Peck), follows Abargil’s story from about 2008, when she began a website asking rape victims to submit their stories. She was swamped with emails, and journeyed to various parts of the United States and South Africa to meet with other victims and attend fundraising and outreach events.

These interviews with rape survivors make up a substantial part of the film. The stories are powerful, moving and sometimes hard to watch; there’s the 12-year-old girl in the Teddy Bear Clinic in Soweto who tells Abargil that some people rape virgins because they believe it will cure them from AIDS. There’s the college student at Princeton University who never reported her rape, there’s actress Joan Collins, who later married her rapist (Irish actor Maxwell Reed), there’s Fran Drescher, who, when recounting how two men broke into her home and raped her and a girlfriend while their husbands were present, began to cry and said, “There goes your makeup.”

The filmmaker’s reason for including these victims’ stories is understandable: Abargil believes that rape survivors need to talk about their ordeal to heal. Furthermore, the stories convey the message that rape happens frequently, but is hard to prosecute. Many victims still refrain from reporting the crime, and cases often get dropped due to lack of evidence.

What makes this documentary truly unique, however, is the psychological portrait it provides of Abargil. The viewer witnesses her reaction to other survivors’ stories as well as her relationships with her fiancé, parents, sister and friends. After the rape, Abargil has become increasingly religious, a fact accepted with slight discomfort by her secular family.

At one point in the film, Abargil takes a six-month-break from her work as an activist, as symptoms of PTSD reappear. “She fooled herself and us that she was healed,” producer Inbal Lessner said during the question and answer session that followed the New York City premier in November.

At some point after the six-month break, Abargil reemerges as even more religiously observant — now dressing modestly and not touching men other than her husband.

“We tried hard for the film to not judge it at all,” said director Peck, when asked how she reacted to Abargil’s spiritual transformation at the question and answer session. She added that the production team feared for a while that Abargil would request to cut out those scenes that showed her in earlier, more exposing outfits.

The documentary fulfills another, very practical purpose: It suggests how to approach a friend or family member who is a victim of sexual assault. At a meeting in South Africa, a woman in the audience tells Abargil and her mother that her daughter had recently been raped. She asks what she should do. “Stay with her,” Abargil’s mother answers, “And call her friends and tell them to come over.”

Starting in January 2014, the 91-minute film will screen at college campuses and schools around the United States.

When Miss World Was Raped