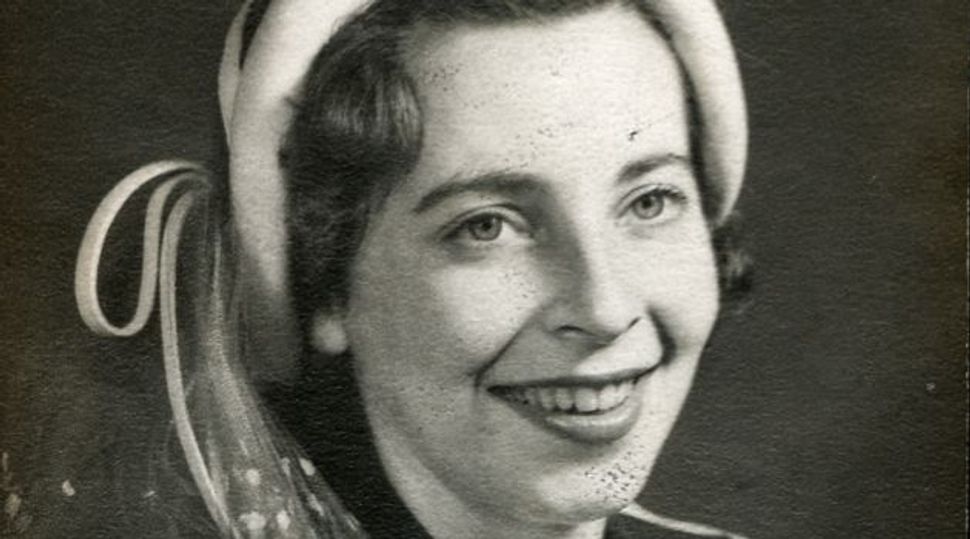 Born in Lithuania in 1900 and raised on the Lower East Side, Jean Khyene Jaffe was a globetrotting reporter with a 30-year career in journalism. After graduating from Hunter College and Columbia University, she first published short stories in Hebrew but then switched to Yiddish as her mode of expression. At the age of 16 she wrote for the Yidishes Togblat newspaper, and, at 20, became a full-time writer for the Tog-Morgn Dzurnal. She published internationally in Yiddish newspapers and journals throughout Canada, South America and Israel including in the pre-war Polish Yiddish press. She was also published in the Herald Tribune and other English papers in in New York.

Jaffe, pictured here in the 1940s, returned to her native Eastern Europe to write about Jewish lives just prior to World War II. In 1945, immediately after the war, she was one of the first Jewish writers to view concentration camps with survivors still there. She followed up by reporting on refugees who were returning to Poland and Russia. Shortly thereafter, she flew to Israel along with the Yemenite Jews of Aden, and her coverage was serialized. She then reported from Israel, where she briefly settled before leaving there to tour the world in 1958, reporting from Japan, India, and several African countries.

Jaffe died of a heart attack, November 20, 1958, on a world cruise aboard the S.S. Cambodia en route from Hong Kong to India.