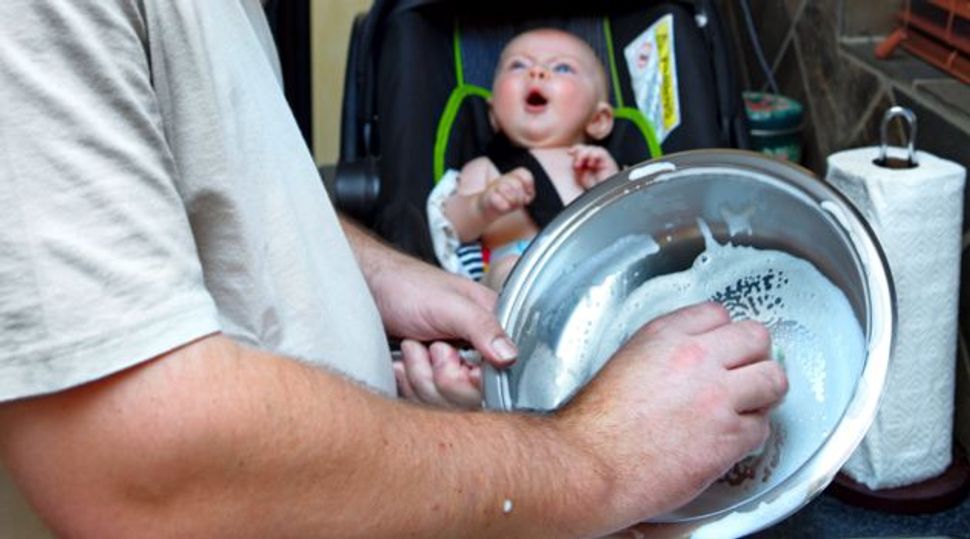 Can we please stop pretending that stay-at-home-dads are a viable, large-scale solution for gender equality? Fifty years after Betty Friedan encouraged women to get out of the house, men have not, in any statistically significant way, come to take their place. And yet, the stay-at-home dad continues to live on in our cultural imagination as a feminist success story when really it’s hardly anything resembling a trend.

The New York Times ran a story yesterday about the stay-at-home husbands of Wall Street in which we got a glimpse into the lives of the men who make their banker wives’ lives possible. Writers Jodi Kantor and Jessica Silver-Greenberg looked at the domestic arrangements, and masculine malaise, of the men who tend to the kids and home while their wives work 14 hour days reeling in serious dough.

The story is compelling insofar as it looks at what happens to gendered roles when you switch the genders playing them. (No fancy dinner parties. Incredibly awkward play-dates at the pool.) And Kantor and Silver-Greenberg do point out that having one parent at home, be it mom or dad, is a luxury these days when few can get by on one salary along.

But they fail to acknowledge the larger issue with stay-at-home dads, which is that they are not the revolution we have all been waiting for, and likely will never be.

As Peggy Drexler wrote in Time magazine in August:

It’s true that men who have left work to do their thing as full-time parents has doubled in a decade, but the numbers are still minuscule: only 180,000, according to Census data, which University of Maryland Sociologist Philip N. Cohen calculates is only 0.8% of married couples where the stay-at-home father was out of the labor force for a year. Even that percentage is likely inflated by men thrust into their caretaker role by a downsizing.

Something that is going on in only 0.8% of homes, and only 2% of Wall Street homes, is hardly the answer to us ladies’ work/life balance woes. So, please, once and for all, let’s stop acting like it is.

If the goal is having more women in the board room than the solution shouldn’t be just re-upping the single-breadwinner model that we have already discovered doesn’t work for most people.

Instead, we need to imagine a world in which both parents can opt-in-between. Where it is not just accepted, but valued, that parents share the responsibility for their young children and both of them can invest in their careers while also being present for their families. This is the revolution I am waiting for. This is the revolution I want to read about on the front of my Sunday paper. Not more stay-at-home dads.