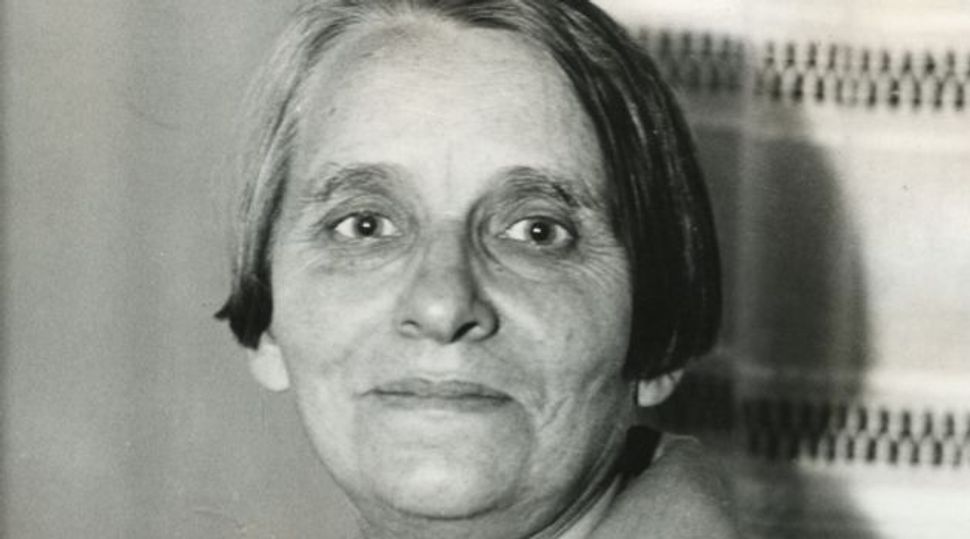 Swedish immigrant Olive Johnson was the first female candidate for Mayor of New York City. Johnson arrived in the US with her family in the 1890’s, and shortly thereafter joined the Socialist Labor Party. A graduate of Hunter College, she lectured and spoke on behalf of the party, all the while working various jobs, including housekeeper, teacher, restaurant and office worker and retail clerk. Johnson developed a close friendship with party leader Daniel DeLeon, who included her among his political advisers. Once a supporter of DeLeon, the Forverts, under Ab Cahan’s leadership, split from DeLeon and supported Eugene V. Debs and the ideas of the Socialist Party of America instead. In 1918 Johnson became editor of the party newspaper The Weekly People, a position she held for 20 years. Capping her career were her unsuccessful runs for governor of New York in 1918, for mayor of New York City in 1929 and for U.S. Senate in 1934.