Having Some Instead of Having It All 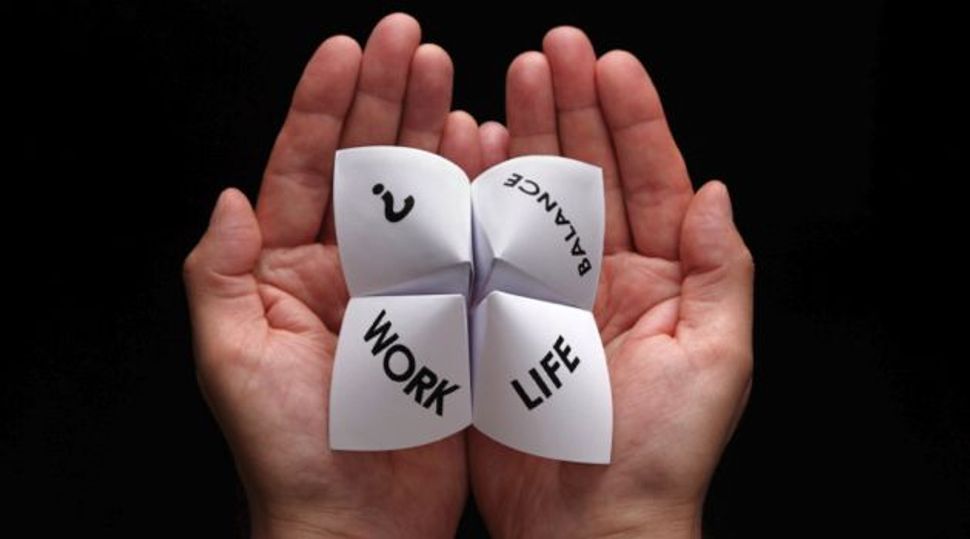 Editor’s note: This post is the second in a three part series answering the question, “How should Jewish feminism change in 2014 to be more effective?” Read part one here.

There are two somewhat opposing currents in the women’s movement these days. One is our long-running struggle to be equal to men. The other is a matter of navigating the relative abundance of choices that we gained through this struggle.

We still ache for unbridled success, so we work hard to be taken seriously, to be seen and to be heard in equal measure to men. This is “leaning in.”

And yet, we now know better than to strive to be Wonder Woman. We laugh at the passé ideal of “having it all.” We have no interest in being perfect. We do what we can.

Neither of these modes is really working for us.

This past year was my first one in which I experienced the tension of being a woman who cares about gender equality and who also cares for a newborn. This is an existence that leads to a lot of compromising — if not in action, most certainly in thought. Through it, I discovered that I have become the type of feminist who is doing what she can.

On a personal level, I am okay with having it some, or leaning in just a little. I aim to do well at the things I care about, both professionally and personally, and don’t crave perfection or greatness in either sphere.

I work 30 hours a week, which leaves me time to raise and enjoy my perfectly sweet and wicked son, to make sure there is something healthy and affordable on the dinner table most nights, and to run all those insipid little errands. I don’t plan on working part time forever, but during these early years as a parent this life feels right.

I’m reasonably happy. Healthily happy, let’s say. I have my dark moments. But for the most part, the life of an opt-in-betweener suits me.

Or at least it does until I read about how many women feel the same way.

According to recent studies, the vast majority of working mothers do not want to work full time, and 49% report that they wish to work part time. So much for leaning in. And for gender equality.

Of course we could explain away this preference by saying that women are cornered into it. With such little institutionalized support for working families from our government and workplaces and, yes, more but still not quite enough support from our partners, of course most moms can’t imagine working full time.

Except it isn’t quite that simple. Even in countries like the Netherlands, where women have achieved what would be considered our dream list of pro-family policies, things like long maternity leave, women are still gravitating toward part-time work.

Many conservatives look at this and say, “Yep, that’s right, women don’t really want equality. They want to be home with their kids. It was just a radical fantasy.”

I look at this and think, “Crap.” I’m a feminist. I want gender equality. And here I am, allowing my husband’s career to soar while mine moseys along.

Second-wave feminists’ liberation of women from the domestic sphere was, without a doubt, a magnificent achievement. Still, there was a failure on their part to acknowledge just how hard it is to be a working mother — and not an amalgam of doe-eyed, loving Carol Brady and hard-driving Sheryl Sandberg.

Life as a professionally and maternally ambitious woman is always a little difficult; even those of us not reaching for the brass ring encounter our fair share of sacrifices and doubts, and they’re all complicated by that messy thing called love.

So, we need to figure out what is next. Part of this should be communal action to achieve more institutional support from our workplaces and government for working parents, and to also make sure the fathers among us experience more of the responsibility, and guilt(!) that we feel toward our children. The other part is figuring out how we can make having it some work for us, and for equality.

The problem is, we are still working with outdated playbooks. Clearly, working as hard as we can to keep up with the guys has not been an effective tool for creating gender equality, statistically and otherwise. It fails to recognize many of our desires to be somewhat present parents, and it also is not always that much fun. Our feminist foremothers didn’t fight as hard as they did so that we could eat three meals a day at our desk, did they?

And as for not being able to have it all, fine, we get it. We won’t be so foolish to want a perfect job, home, body and family anymore. But knowing we should give up on having it all doesn’t exactly help us figure out how gender equality is going to come around one day.

I can’t say I know what will come next, what our goals for feminism should be in 2014, but I suspect they will start with a shift toward a more holistic definition of success, one that includes more than money and power, a reformed work culture that is more flexible and forgiving, and some sort of great awakening about the fact that if we accommodate working parents, their children will benefit from it, and we as a society will, too. The nice thing about these changes is that they will help the guys, too, and maybe, eventually, we will meet in the middle.

Having Some Instead of Having It All