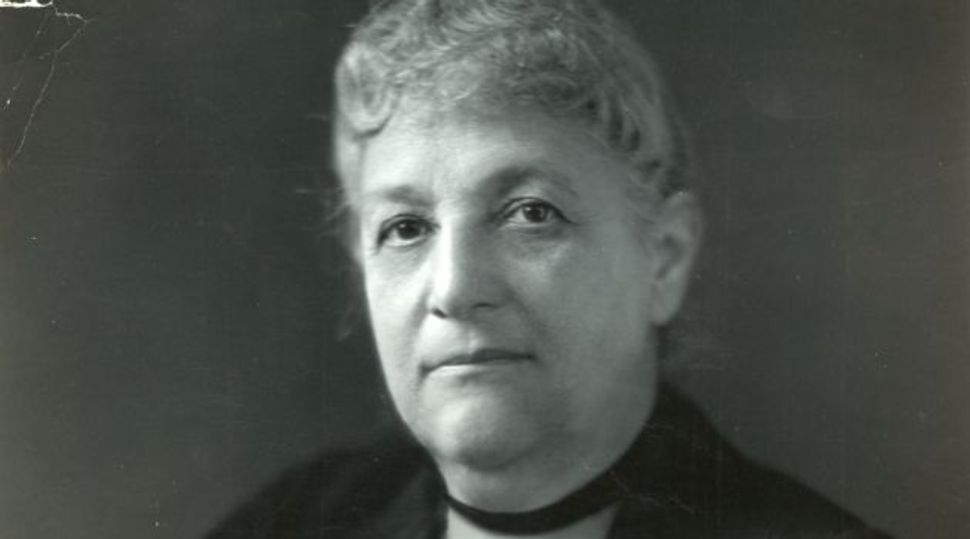 Florence Prag Kahn, the first Jewish woman to serve in Congress, was a pioneer in many ways. She was born in 1866 in Salt Lake City, Utah. Her parents were Polish Jewish immigrants who were friends of Mormon leader Brigham Young. Her mother chronicled the family’s unique experiences in her memoir, “My Life Among the Mormons.”

Her family made a fortune selling supplies to miners, but its wealth declined with the end of the gold rush. In 1869, her family moved to San Francisco where she graduated from the San Francisco Girls’ High School (her mother taught there) and later from the University of California, Berkeley. In 1899, she married newly elected Congressman Julius Kahn, a Republican. He served for 26 years until he died, at which point Kahn, also a Republican, was elected to replace him.

She soon became known as a politician who “gets things done.” She also had a keen sense of humor. Asked once if she supported birth control, she reportedly quipped “I will if you make it retroactive.” She was reelected to five more terms, and it was through Kahn’s highly productive 12 years of service in Congress that the San Francisco area saw the building of the Golden Gate and Bay Bridges, among other projects. An active Reform Jew, member of Hadassah and the National Council of Jewish Women, Kahn felt strongly about her Jewish identity. She even referenced it when speaking in Congress. In a speech before the House on the reapportionment issue — that is, the changing around congressional seats based on the census — she claimed to have no problem with it because “Moses had conducted the world’s first census.”

She supported citizenship for Chinese women and foreign born children of U.S. mothers, which was an innovation at the time (father’s had to be a U.S. citizen prior) and advocated payments to Native American tribes whose land had been taken unfairly. Though she worked for Hebert Hoover’s reelection against Franklin Delano Roosevelt, Eleanor Roosevelt praised Kahn and sent her an open invitation to the White House. Kahn’s fast paced schedule did not prevent her from traveling throughout California encouraging women to get interested in politics.