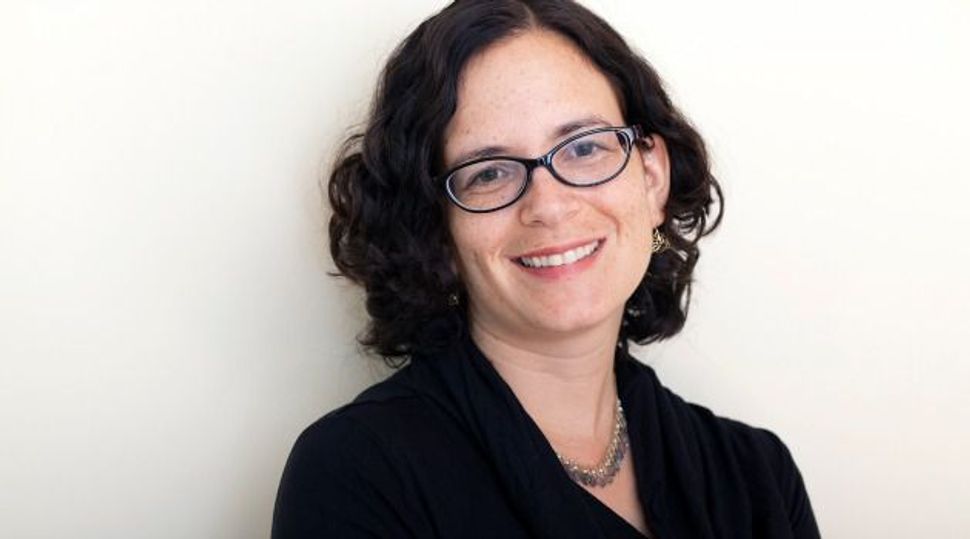 It was only five years ago that Rachel Azaria first got involved in local Jerusalem politics as councilwoman. Now a rising star in the municipality, she was sworn in as the city’s new deputy mayor on November 21.

Azaria, 36, was first elected to Jerusalem’s city council in 2008. In elections held this past October, her Yerushalmim (Jerusalemites) party doubled its representation on the council, and negotiated its way to key positions and portfolios.

The Forward has covered Azaria’s outspokenness and activism on behalf of young families and women when she was first elected in 2011. She has been at the forefront of the fight against the exclusion of women from the public sphere in Israel’s capital, and in Israeli society in general. An Orthodox feminist, she is not afraid to speak out against those who oppose her and her allies’ efforts to create a more tolerant, pluralistic Jerusalem.

In light of her appointment as deputy mayor, the Forward’s Renee Ghert-Zand asked Azaria about her approach to campaigning, her new job, her political plans and ambitions, and how she, as the mother of four young children, balances work and family life.

Renee Ghert-Zand: What will your work as deputy mayor entail?

Rachel Azaria: I am responsible for all Kindergarten through 12th grade education in the city, except for the Haredi sector. I also have the women’s status portfolio. The other city council member from the Yerushalmim party has the transportation and landmark preservation portfolio.

Why did you fight for these particular portfolios during the coalition negotiations following the elections?

Everyone recognizes these days that education is a major factor in where families decide to live. If we want to draw families that will make this city flourish, we need to have excellent education. It’s one of the most important aspects of our society. I believe that every child in Jerusalem deserves an excellent education.

The status-of-women portfolio is a natural, given my work on feminism, Orthodox feminism and changing the status of women in the public sphere.

What kind of campaign did Yerushalmim run leading up to the election?

We decided to carry out a positive campaign. We decided to talk about what has been done and what has yet to be done. In Israeli society, no one does positive campaigns. In our first meeting with our campaign consultant, he asked, “Who do you hate?” and we said, “We don’t hate.” And so he asked, “Who are you afraid of?” We said we are not afraid of anyone…. All the parties for the past 20 years have run negative campaigns…. We believe this paradigm has to be changed.

In your first speech in City Council as deputy mayor, you recounted something one of your professors said when you were an undergraduate student.

He talked about how every group in Israeli society goes to sleep every night hoping that one morning they’ll wake up and one group will disappear. The Arabs want the Jews to disappear, the Jews want the Arabs to disappear, the Haredim want the secular Jews to disappear and so on. The way this city was run, people really thought someone was going to disappear. But now, it’s clear that everyone is here to stay. So, what do you do if you can’t win? In Yerushalmim, we think that we have to work in solidarity and figure out a way to all live together. Of course, we’ll fight groups that are acting like bullies, but at the end of the day, that is what we have to strive toward.

What was your day like today as deputy mayor?

Today I was in meetings for hours. I sat and heard about all the programs that the different parts of the municipality are working on, the different issues. It’s an opportunity for me to bring in what I know is important for various neighborhoods, what I heard during the campaign, or different ideas I may have from reading a lot about what is happening in terms of urbanization in cities around the world.

Is it difficult to help run an earthly city with a heavenly reputation?

One of the problems is that people often see only the Jerusalem on high. They see it from far away, as a really big city, as a brand. They see what it stands for, but not people’s everyday life. I think that the real trick in Jerusalem is to all the time go up and down from the balcony, so to speak. Up on the balcony you can see everything with perspective. That way, you know long-term and short-term what has to be done and not just work on the little building blocks. But you need to also come down off the balcony to see Jerusalem for what it really is on the ground level.

Do you have higher political aspirations?

It’s too early to even think about that. We just started the term, and I’m very excited about all the work that is ahead of me — and there is a lot of it. There’s not much budget. It’s a very poor city. It’s a very complicated city. The challenges we are dealing with are the challenges of an entire Israeli society, but more intense and more radical. We have to face them, and we have to deal with them.

How do you balance your many work and family responsibilities?

My being religious makes it so that I have a no-phone day [on the Sabbath]. There’s no Facebook and no computer, either, so I can just have time for my family and for my life.

I don’t think anything is as hard as campaigning. That’s the worst. When it gets hard, and there is so much to balance, I always remind myself that with everything I’m doing — no matter how hard it gets — I have to think of the next generation. All the hard work I am doing now is so that when little girls, including my daughters, become women, it will be easier for them.