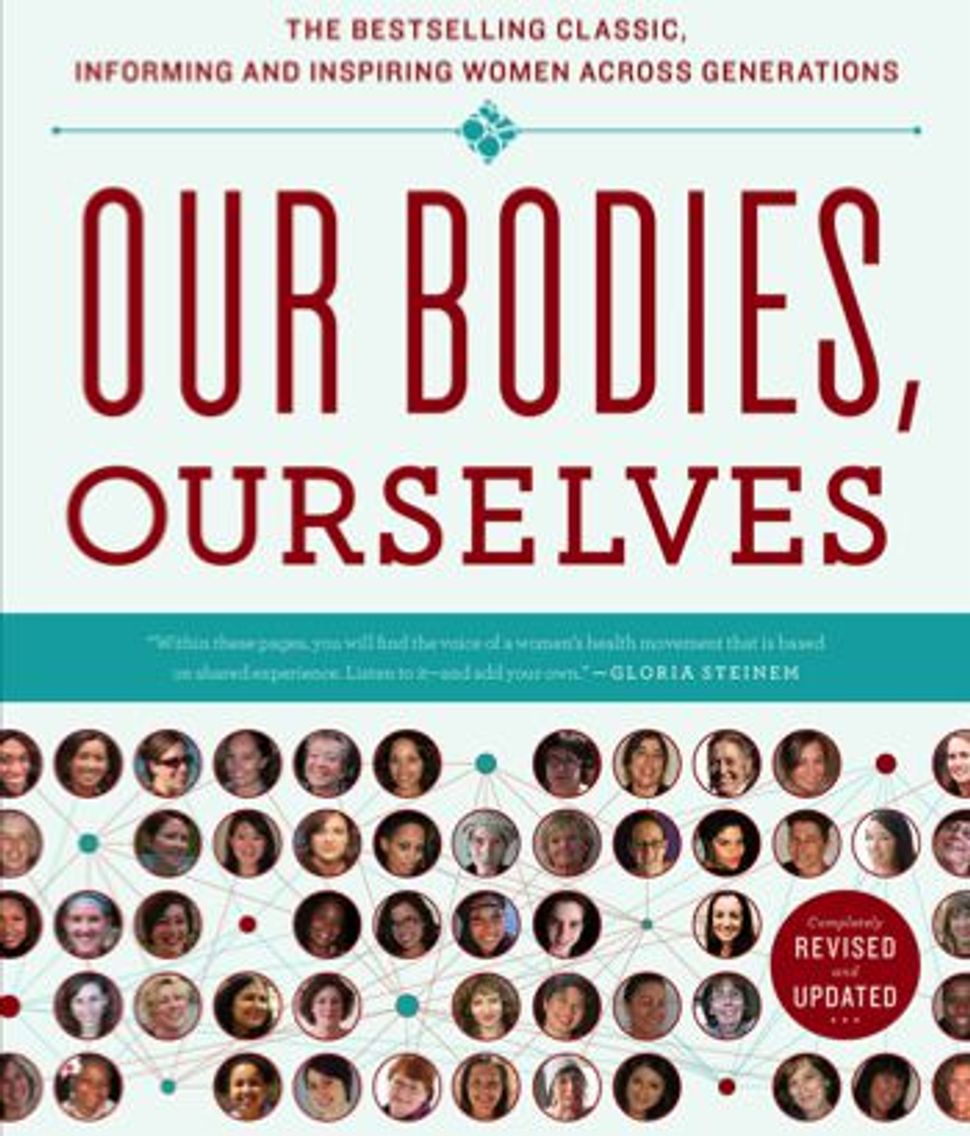 This hour I tell things in confidence, I might not tell everybody, but I will tell you. — Walt Whitman, “Song of Myself”

In high school, I often made off with my mother’s copy of “Our Bodies, Ourselves.” The 1998 edition, on whose cover women bore protest signs and status-quo-bashing smiles, made quite a pair with my other adolescent object of study, “To Be a Jew.” (Far from frum, I had something of a Reform inferiority complex). In OBOS’s sexuality section, one woman describes her dream of being trapped, naked, in a room with large windows, her body visible to passersby. To Be a Jew had this to say on the matter of such exposure: “Modesty should be the byword in the behavior of every member of the family.”

OBOS, first published in 1971, was meant to supplement the advice of doctors who dismissed women’s feelings and experiences. To acknowledge those women’s voices, OBOS often adopts a first-person plural. Each woman’s experience seems to belong to all the book’s readers. Even if “I” have never had cancer or been sexually assaulted, “we” have. The Boston Women’s Health Collective, which included the book’s authors and publishers, first called the book “Women and Their Bodies,” then “Women and Our Bodies.” Finally, “Our Bodies, Ourselves” was proposed, and the title stuck. 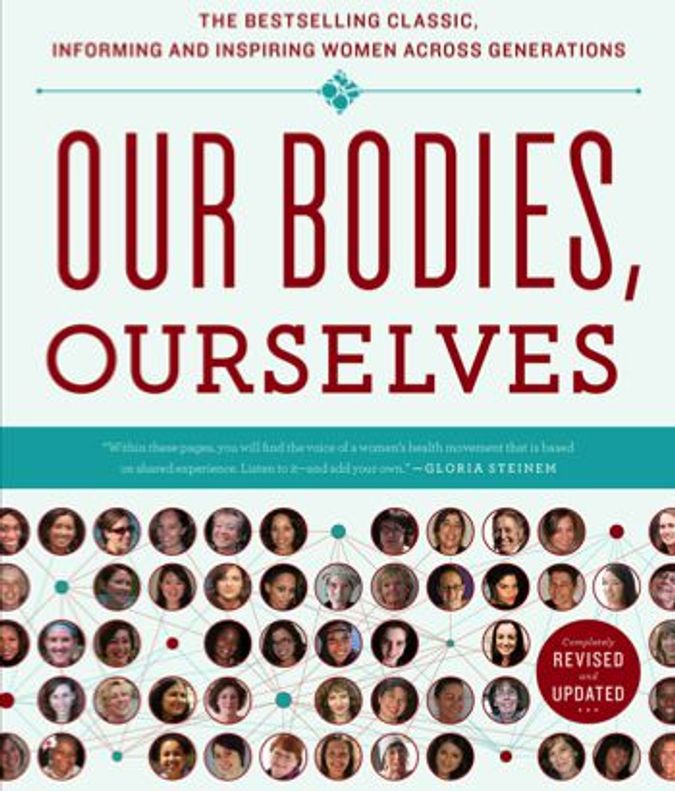 As a squeamish teenager, I would have voted for “women and their bodies,” for Wanda Sykes’s “detachable pussy” routine. My body and my self were divided by more than a comma, thank you very much. I wore long skirts and nodded thoughtfully at rabbis extolling Jewish purity laws. During a health class viewing of “The Miracle of Life,” I walked the halls to keep from fainting — the close-up of a healthy, dilating vagina made me swear never to have sex. If I had to be a woman, I reasoned, I would be one who kept her body neat and strategically covered, avoiding the mental mess that came with others’ scrutiny. In high school, I also wore a back brace to control a spinal curvature — the desire to hide the brace fit neatly with my monkishness.

Delineating separate selves is often a teenage survival instinct. I thought I recognized similar divisions in the religious members of my JCC swim team; in the pool, wearing racing suits and swim caps, they passed as secular. They breathed hard after a two-hundred meter relay, shouted across lane lines. But most were nearing the age that subjected them to stricter modesty rules, and after practice they hid their bodies, donning ankle-length skirts and knee socks. This ritual of changing clothes possessed a seriousness, a sense of passing from childhood to sensible adulthood. The barriers I erected for myself, I believed, were not so different — in the pool, we all passed as children; the world did not suspect us of being potentially, potently sexual. Outside in the winter air, the way we covered our bodies, whether for religious or purely neurotic reasons, protected us from those suspicions.

While I shut sexuality out of my female identity, OBOS embraced everything. Women had limitless license: we could buy clothes in the men’s department. We could have sexual fantasies we would never act on. At first, I didn’t take these permissions as a signal to let my body into my brain. Instead, I imagined myself a converso-body. A crypto-woman. The usual ways of coming up into womanhood at my public school — popping your pelvis at a school dance; allowing a boy to whisper you against a locker; wearing a bra before you needed one — felt alien, so I looked for others. I lit the Sabbath candles and covered my eyes, trying to detect some revelation in the red light between my fingers. I read Jane Eyre and wished I could also be sent somewhere unfamiliar and windswept, alone. Meanwhile, I kept “Our Bodies” — and mine — all to My Self.

In another photo, a woman in a wheelchair, also naked, kisses her female partner, bathed in harsh light that shadows the creases in their flesh. That someone could expose to the camera the vulnerability not only of sexual intimacy, but also of her body’s limits, stunned me. But the photo showed more — even in the room’s unflattering glare, the women claim their privacy. They are only for each other. Even in what seemed like total exposure — that woman naked at the window — you could preserve a private circuit between yourself and your partner, yourself and your other selves.

Did this mean I could know my body, but hide it from the world? That doesn’t fall far from one understanding of religious modesty: women hide themselves for and from others. But OBOS insisted that there was no “women and their bodies” — only us, “we.” We girls in the pool, breathless with our own speed. We, a pronoun that witnesses.

Today I know that nothing I wear, not a skirt to my ankles or my own bare skin, can protect me from how another person sizes me up, suspects me of being somebody they think they know. But at some undetectable point — like the moment, toward the end of a sprint, that divides strain and ease — I stopped requiring that protection. OBOS, with its large, Whitmanesque embrace of contradictions, convinced me not to choose between sexual and smart, body and brain. And it gave me the courage to navigate that line between privacy and visibility, which is another way to think of modesty: having power over when and how to be seen.