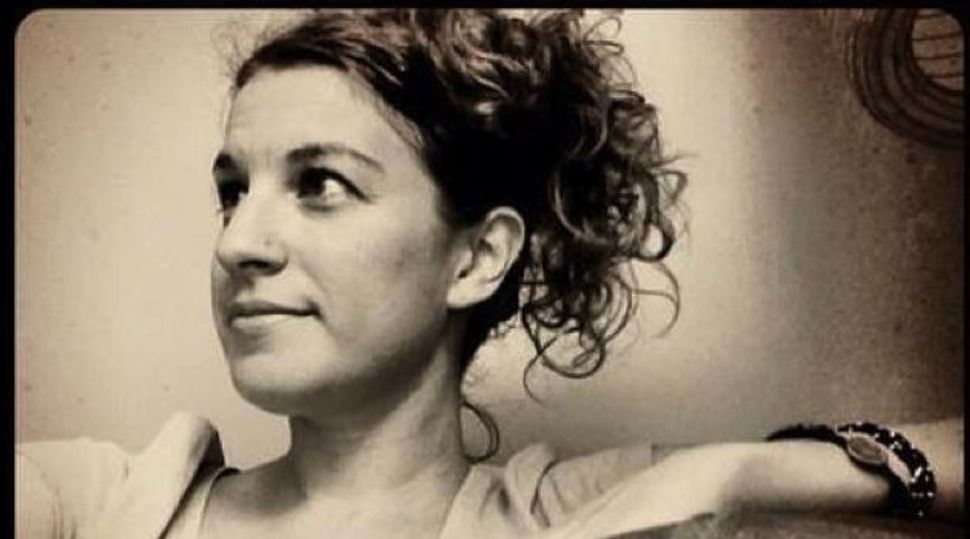 In “The Good Mother Myth: Redefining Motherhood To Fit Reality” (Seal Press, 2014), editor Avital Norman Nathman asks the question: “What does it mean to be a good mother?” Contributors, including Joy Ladin, Jessica Valenti, Sarah Tuttle Singer and Jennifer Baumgardner reflect on the realities of motherhood and combat the myth of the “Pinterest perfect” mother.

Norman Nathman’s writing places a feminist lens on a variety of topics, including motherhood, maternal health, gender and reproductive rights, and has been featured in Bitch magazine, Kveller, The New York Times, CNN, RH Reality Check and more. In addition to her blog, The Mamafesto, Avital has a regular series, “The Femisphere,” for Ms. Magazine’s site, as well as a regular feminist parenting column, “Mommie Dearest,” for The Frisky. Follow her on Twitter at @TheMamafesto. The Forward’s Chanel Dubofsky talked to Norman Nathman about her projects.

Chanel Dubofsky: What’s the “Good Mother Myth”? Where and how have you encountered it?

Avital Norman Nathman: The” Good Mother Myth” is this notion that there’s a perfect way to parent. I’m sure if you close your eyes you can even picture her — she’s white, not too old or young, married with 2.5 kids, family-focused but still maintains a life outside the family whether it’s through work or volunteering, her house is put together, she makes lovely meals, is hardly stressed, etc… And then, anything outside this myth gets propped up against it in order to stir up some manufactured interest. This myth has been built upon stereotypes and permeates our society through various forms of media. In the past we’ve seen her in books, televisions and magazines. With the proliferation of the Internet and social media she comes into our homes via mom blogs, Facebook and Pinterest. And, like most media, she gets played up as click bait or controversial headlines in hopes of enticing viewers/readers but there’s rarely anything of substance backing her up.

Why did you decide to create this book?

I had been writing about motherhood and parenting for a while, and saw many headlines and news stories pass my desk. It always amazed me how so many pieces on motherhood never delved into the issues that really impacted mothers — lack of paid family leave, lack of paid sick leave, lack of flexible work shifts, lack of affordable, quality childcare, etc… Those topics weren’t sexy enough or controversial enough, despite affecting many families. Instead, I saw more articles on measuring moms by some invisible yardstick of perfection. It all came to a head after the {Time magazine cover asking women whether they were “Mom Enough.”](http://content.time.com/time/covers/0,16641,20120521,00.html)

I thought — if we had more voices of motherhood out there, it would be a lot harder for these other types of articles to exist. If we took back the narrative of motherhood — reminded everyone that moms are not a monolith, that we have all sorts of backgrounds and experiences — maybe we could shift the focus of conversation to topics that really matter, that really impact mothers and families.

How does the “Good Mother Myth” hurt women, men and families?

It hurts us in many ways. First it provides unrealistic expectations for the majority of mothers today. And in doing so, removes notions of responsibility from fathers. For example, there are endless “mommy war” debates over working or staying at home, and yet more often than not, when people discuss fathers in relation to childcare, it’s thought of as “babysitting.” If we get rid of this damaging myth for mothers, we can start to talk more realistically about parenting in a more egalitarian way. The myth also hurts us by distracting us from real issues that actually impact families — the various policy issues that I mentioned earlier.

Do you think the Jewish community perpetuates the Good Mother Myth ? If yes, how? If no, what do you think it does differently?

I think every community does their own part to perpetuate the myth. Jewish guilt is certainly something we’re unaware of and it can easily affect our mothering. When you take the myth and add it to the notion of Jewish guilt, asking yourself “Am I a Good Enough Mother?” isn’t so far fetched. We also have our own stereotypes of women within Judaism to battle against — the idea of a balebuste definitely bleeds into motherhood. Are you taking care of the children? Your husband? Everyone around you? Is your home well-presented? Do you have enough to eat? While I’d like to think we’ve moved past these stereotypes, I think those pressures are still pervasive enough for them to do some damage.

What advice would you give to women about combating the “Good Mother Myth?”

Of course, the best advice is to just be confident in yourself and your parenting, but I think we all know how difficult that can be — especially with a ton of media telling us otherwise. So, I’d suggest building up a supportive community. I know the phrase “It takes a village” gets trotted out a bunch, but in this case it’s so true. Your intentional village not only helps in raising a child, but it also helps in providing support to the parents as well. When you’re well supported, you’re less likely to worry about failing.