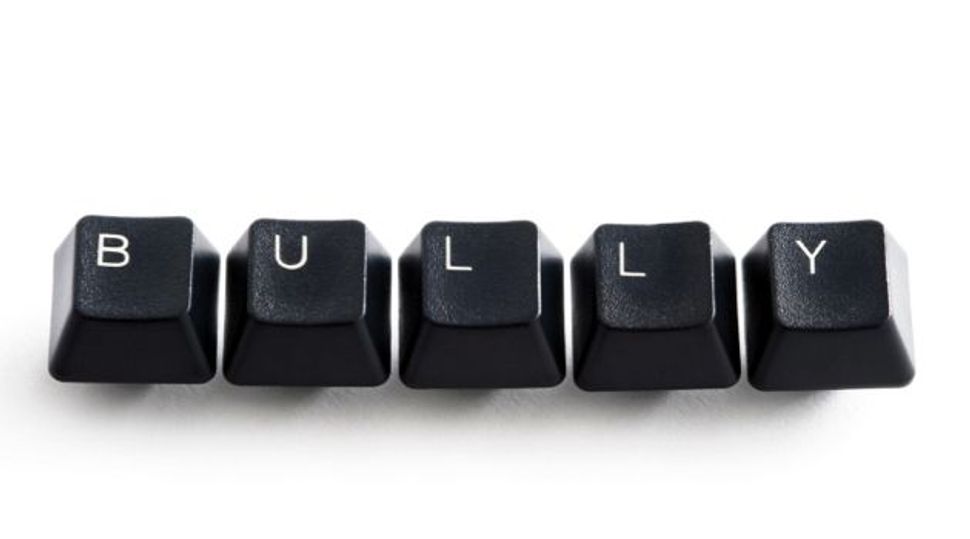 While bullying is sadly not new, cyber bullying can often seem like the cruelest playground. I have been writing for the Sisterhood since March of last year, and I have been bullied in the comments section below several of my articles.

As a professional writer, performer and advocate I have been subjected to public commentary for years, since I began sharing and publishing work online. Years ago, I was called an “ugly rhinoceros Jew face” on one of my YouTube videos. In 2012, a video of me performing my poem “Fat” about my experience having and recovering from an eating disorder went viral after Lady Gaga tweeted it. Amidst the endless affirmations, accolades and messages of gratitude from viewers who felt moved or inspired by my story, there were many negative comments, like “Go on a actual diet,” “Your are an unhappy fat chick!” and “In all seriousness though, you and anyone who supports Rothstein are the cancer that is killing this world.”

None of this broke me. I’ve got a thick skin, “rhinoceros face” and all. But I never expected vicious comments to occur on the Forward or the Sisterhood. I wonder, in the confines of a publication dedicated to Jewish news and content nation and worldwide, should we be abiding by an ethical Jewish code? I feel it’s worth considering that we — writers, readers and editors alike — embrace an ethics of compassion when engaging in this Jewish publication.

Below a piece I wrote about the importance of having a Jewish partner, one commenter dissected the “vapidity” of my piece, referring to me in third person: “she.” At the end of the commenter’s diatribe, in the final dig, the commenter wrote to me: “You go on writing your raunchy poetry. The rest of us are going to do something truly meaningful in the interest of Jewish continuity.” Another commenter called me “fat.” Many others also described both my writing and me as “vapid.” One blamed my piece for what is “wrong with Modern Judaism.”

In response to my piece about grappling with my religiosity, one reader wrote, “Judaism isn’t important enough to the author to bother getting to know what it has to offer, other than some dreadful clichés.” To this, another replied, “…your words are insensitive, hurtful, and unnecessary…instead of critiquing her and questioning her sincerity, how’s about you offer to have a chevrusa with her?”

Some people say hateful or hurtful or angry responses are better than no response at all. At least people feel something, right? But when we live in a world where Jews are ridiculed every single day, where anti-Semitism is still alive and well, where discrimination of all kinds against all demographics is epidemic and widespread, shouldn’t we be kinder? Shouldn’t we find ways to engage with each other that don’t perpetuate negativity? Aren’t there more effective ways to counter or critique written work that is constructive, patient and open-minded?

I find it curious that nobody commented on my post about forgiveness and my experience with being a survivor of sexual abuse and rape, or that the only person who commented on my piece about forgiving the man who killed my brother was a close friend. While these pieces cover the most tragic and traumatic experiences I’ve experienced in my life, did I not express vulnerability in my other posts? Is the assumption that when I write about relationships and religiosity, my emotions are not at risk or my humility can be spared?

We should consider each other’s feelings always, especially in Jewish spaces. Heated debate is enriching; negative commenting and cyber bullying is destructive.

While so much anti-bullying work both online and off is committed to youth, it is not too late for adults to shift our behavior. It is not too late for us to show compassion towards one another online — and off — while still standing up for our opinions, sharing our thoughts freely, and offering each other critique. Comments and reflections should not attack people, but rather question ideas. As one commenter on my article about dating said in response to another’s verbal attacks, “How about having some rachmones?”