I’m Observant — and I Wear Tzitzit 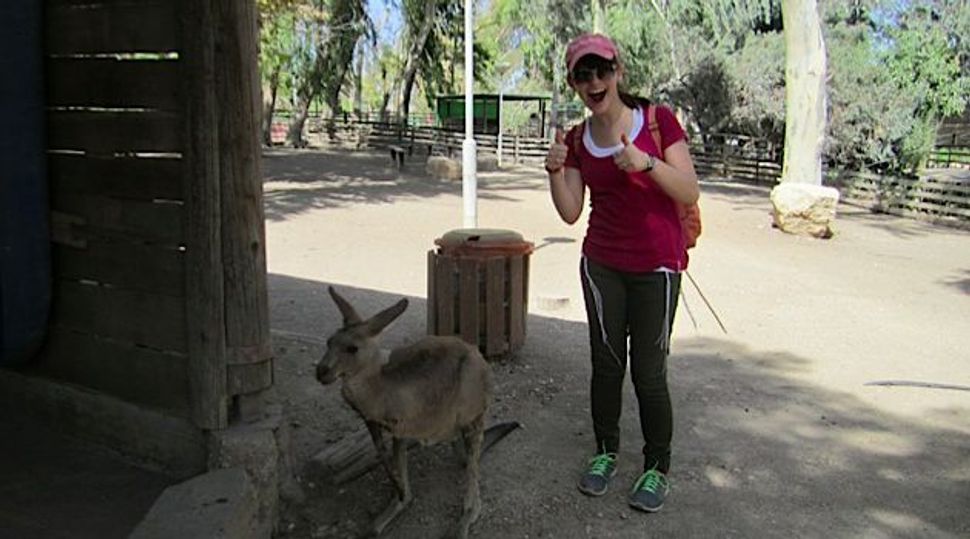 A few months ago, I was at the Kotel with my family. When I was leaving the site, a woman stopped me. She grabbed one of the knotted white fringes dangling from under my shirt and, in Hebrew, exclaimed “Tzitzit!? But this is forbidden!” No, I told her, it is permitted according to all major codes of Jewish law. “Forbidden!” she insisted. I again told her that it was permissible. Still visibly upset, she exclaimed “But you’re a girl!” “Yes, I know,” I responded with a calm smile. “I know.”

Despite having worn my tzitzit for almost six months now, I’m still a little bit surprised when people stare at me. After almost six months, I’m used to the fringes, and seeing them against my jeans seems natural. However, what to me has begun to feel like simply an extension of who I am — a religiously-observant, seventeen-year-old Jewish feminist — is also a political statement. I am one of the relatively small number of women who considers herself commanded in this mitzvah, because I believe in both the obligatory nature of Jewish law and its inherent egalitarianism.

As an observant Jew, I understand halacha to be a set of binding rules for the way I live my life. Most Jews who adhere to this approach are Orthodox, and they divide mitzvot into two categories: those that apply to all Jews, and those from which women are exempt. However, based on my in-depth study of the relevant texts (and because of my feminist beliefs) I am convinced that this dichotomy stems from sociological factors external to the halachic framework and not from any inherent characteristics of the laws or of women, and therefore is no longer valid.

Tzitzit are intended to remind the wearer to do mitzvot, making them, in my opinion, a fitting metaphor for my egalitarian approach to halachic life as a whole. It’s not technically forbidden for women to wear tzitzit according to “traditional” interpretations of the law that disregard sociological factors — Maimonides permits women to don tzitzit without saying a blessing, the Shulchan Aruch, a major legal code, states that women are exempt, but does not forbid them, and Rabbi Moses Isserles, commenting on the Shluchan Aruch, states that while women are technically permitted to wear tzitzit, he recommends against it because it would appear arrogant, but nevertheless he does not forbid it. Likely because of this, most halachically-observant communities do not encourage women to do this mitzvah, and it is even viewed as transgressive in many circles. As a result of this, people often approach me to talk about my attire, both strangers and members of the Jewish community where I live. Sometimes their questions come from a place of genuine curiosity, since to them I am an oddity, but at other times their queries sound closer to condemnations.

Many people who wear tzitzit tuck the fringes into their clothes, so they are not visible. When I first donned my fringes, I considered doing this; after all, it would spare me from the stares, questions and unpleasant interactions (as an introvert, I find even polite inquiries sometimes feel intimidating). But one of the things I love most about my tzitzit is the way they function as an identifier. I was raised to dress in a fashion that identified me in a more normative way as an observant Jewish girl, wearing skirts and long sleeves in public. During my time in high school, I’ve developed serious philosophical issues with religious codes of modesty — skirts especially are physically restrictive, and requiring a group to restrain themselves in this way seems to me to be less an issue of respect for the body (which, in any case, should be unrelated to the amount of skin covered) and more an attempt to constrict women and limit their power. Now, my more comfortable jeans and T-shirt make me all but indistinguishable from any teenager on the street. Wearing tzitzit is meaningful for me because when they dangle for all to see, my values are on display. Even though the consequences of this choice are not always what I would like, my tzitzit and what they represent — feminist, observant Judaism — are worth the trouble.

I’m Observant — and I Wear Tzitzit