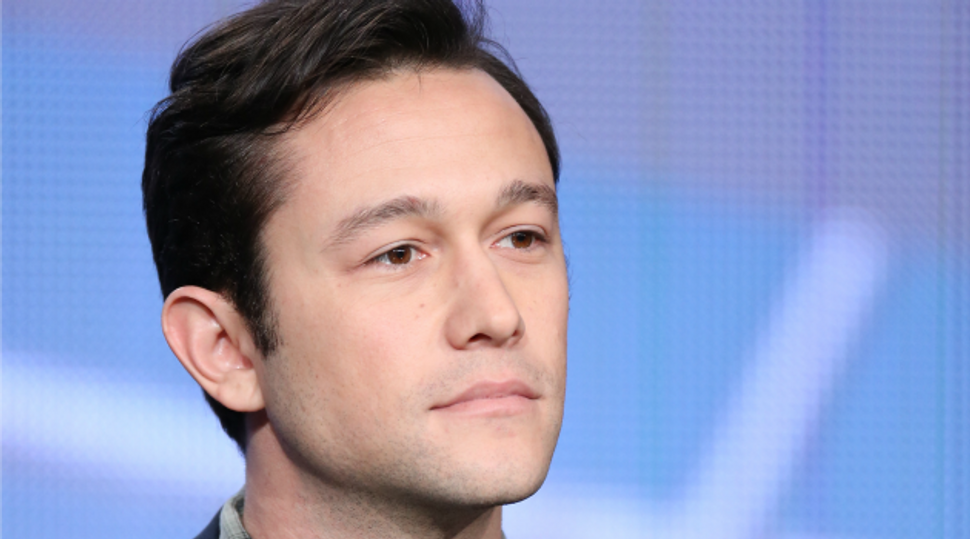 Joseph Gordon-Levitt used the f-word, and he used it about himself… and we couldn’t be prouder.

The actor and director (and lip syncer extraordinaire) called himself a feminist while recently shmoozing with Ellen DeGeneres.

The last thing he wants is for people to confuse him with the title character in his recent film, “Don Jon,” about “a guy who sees the whole world, and especially women, as things more than people, as objects of consumption,” as he explained to the talk show host.

Gordon-Levitt, 32, credits his mother, Jane Gordon, who once ran for US Congress on a progressive party ticket and is a founder (together with the actor’s father) of the Progressive Jewish Alliance, for shaping his feminist outlook. “…My mom would always point out to my brother and me that our culture does often sort of portray, women as objects,” he recounted.

“For example, we would always watch Lakers games as a family… My mom would always point out when the cheerleaders would come on. This is the story that gets told: the men get seen as heroic, skilled athletes, and the women just get to be pretty. She wanted my brother and me to be aware of it.”

As Gordon Levitt sees it, it’s a matter of critical observation and thinking. “You see this in movies, on TV, in movies and in magazines all the time, and if you don’t stop and think about it, it just kind of seeps in to your brain and becomes the way you perceive reality,” he said.

Gordon-Levitt s too young to be of the “Free To Be You And Me” generation, but the way he talks, you’d think he was brought up listening to Marlo Thomas singing about how there are a lot of things a lot of mommies can do. (Then again, given his parent’s progressive politics, they might have been playing the classic 1972 album for their kids.)

“It’s worth paying attention to those roles that are dictated to us and to realize that we don’t have to fit in. We can be anybody we want,” he said.

“And you call yourself a feminist, right?” DeGeneres wanted to confirm.

“I do call myself a feminist,” he declared. “Absolutely. For sure.”