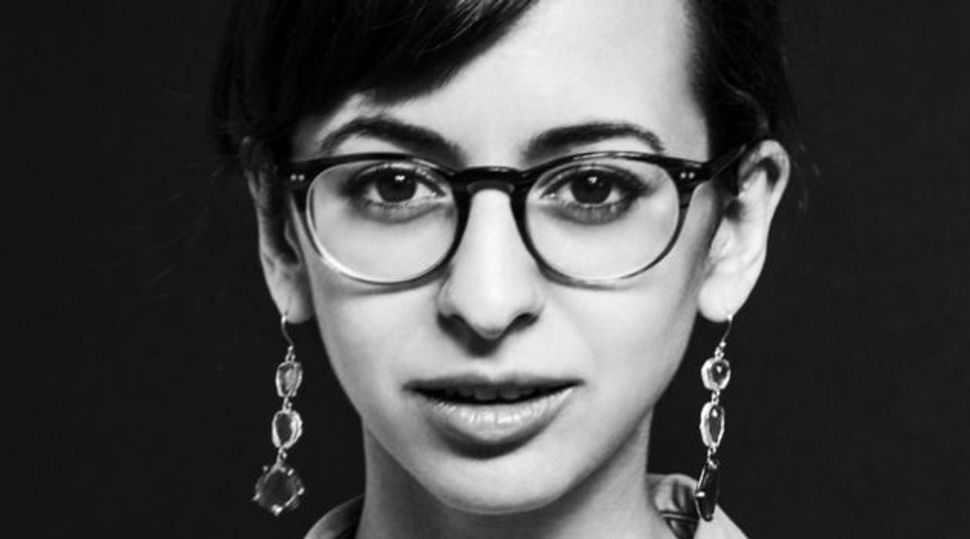 Image by Ned and Aya Rosen

Leah Vincent’s new memoir, “Cut Me Loose: Sin and Salvation After My Ultra-Orthodox Girlhood,” has a happy ending. But the rest of the book has a different tone.

Born Leah Kaplan, Vincent grew up in Pittsburgh, the daughter of a prominent yeshivish (black hat) rabbi. She was one of 11 children in a household she describes as both strict and unloving. As a teenager, Vincent began to question some the community’s beliefs and traditions, expressing a desire to go to college, exchanging letters with a male friend and purchasing clothing deemed inappropriate by community standards.

When her parents discovered her deeds, they were afraid that her reputation would sully the chances of her sisters finding suitable husbands, and they cut ties with her. She was set adrift, unprepared for life alone.

She entered into relationships with drug addicts and a much older married college professor. She also began to cut herself, and was briefly confined in a psychiatric facility.

Ultimately, she went to and excelled in college, married and built a positive life. Vincent spoke to the Forward’s Curt Schleier about her upbringing and the seemingly increasing number of formerly ultra-Orthodox.

Curt Schleier: If your parents had written this book what would their version of the story be?
Leah Vincent: First of all, they don’t know most of the things that happened to me. We weren’t in communication. My father has made a lot of public statements saying basically we love her very much. He said he hasn’t read the book, but everything she says in it is a lie. Their defense is that I’m not to be trusted and everything I say is not true. I’m connect to a very large former orthodox community and that’s common, parents saying their children are liars and not to be trusted.

You seem to have worked your way through all this.
I’ve been in therapy for a long time. A story like this leaves a lot of scars. Through therapy I’ve learned how to have healthy relationships. I’m extremely grateful and proud to have a life that would have been inconceivable to my teenage self.

Do you ever think back and wonder things you might have done differently?
People try to do the best they can. I often day dream about having a time machine and going back to help that girl, find a way to get her to avoid the destructive choices she made. I even talk about that girl in the third person because she’s so far from where I am now. She did what she had to do to survive and make the best of a bad situation.

There seems to be a greater number of people leaving the ultra-Orthodox world behind. Is this a new trend?
I think it’s always happened. I don’t think we can really know. The Internet makes it easier to access the wider world, which is why the ultra-Orthodox want to ban it. You can go online and see people who share your experience and can embolden people, so now we have more off the derech. [“Derech” is the Hebrew word for path and OTD has become an acronym for former ultra-orthodox who have left the community.] The number of people OTD is really large and like any immigrant community most are moving along successfully in their lives.

You met your husband, Zeke, at Footsteps, the organization you work with that helps former ultra-Orthodox make the transition. What can you tell us about him?
I’m open about a lot of personal things, but I don’t speak about him. He’s very loving. He’s a very supportive individual. He knew my story and I’m very lucky to have him. He also left his ultra-Orthodox family and shares my child. One of the precious things you have in family is having one who understands your background.

You seem happy now.
I’m definitely happy. I miss having parents. As much as our parents disappoint us, it’s always hard to be an orphan. While I never had parents who were loving, when you lose a parent you feel a pain that never goes away.