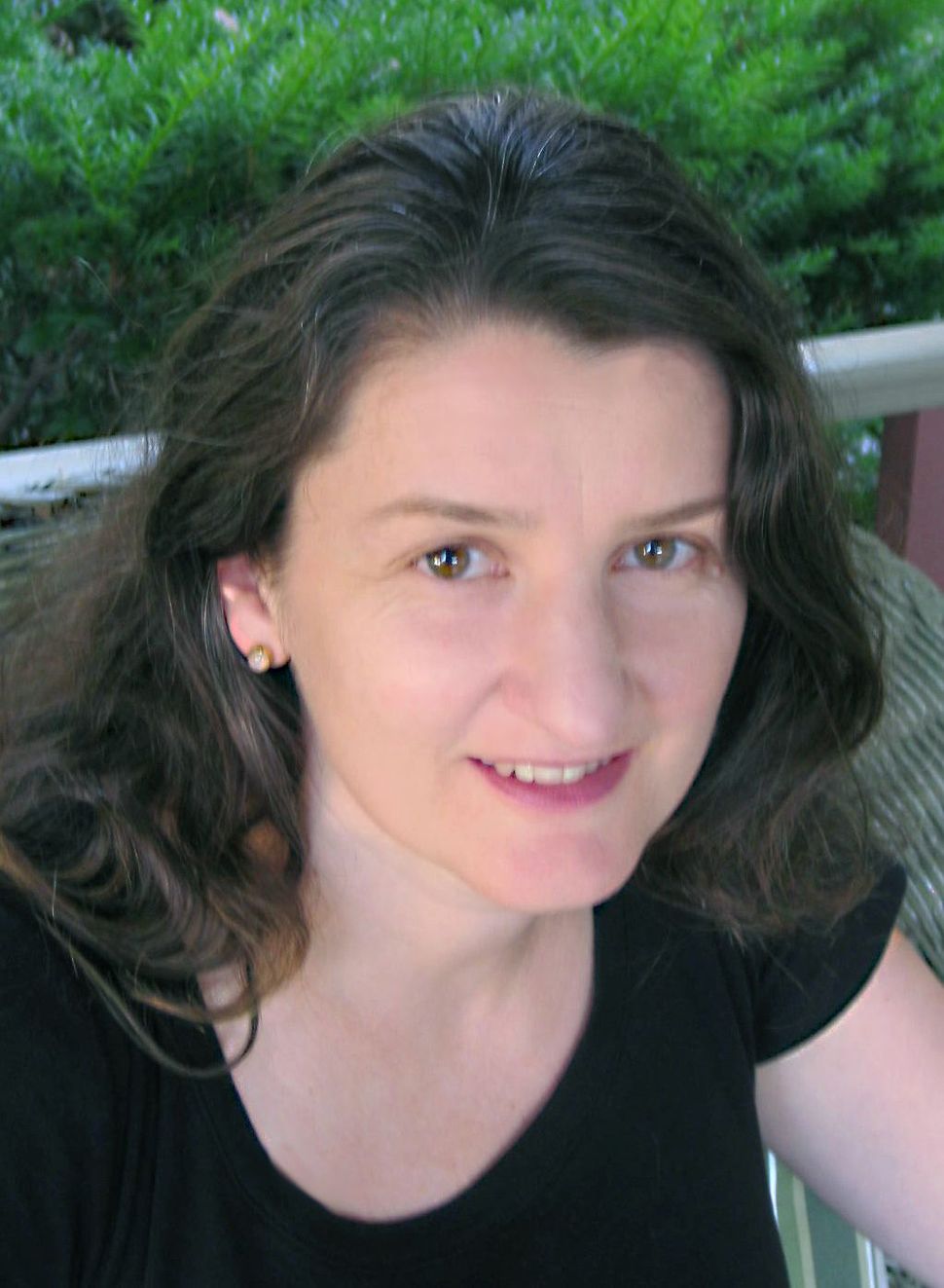 Sara Eckel’s new book, “It’s Not You: 27 (Wrong) Reasons You’re Single,” may be in the relationship section of the bookstore, but it’s not quite like its neighbors on the shelf. “It’s Not You” contains no “helpful” tips about all the things you must be doing wrong if you’re a woman of a certain age who’s still not partnered up. Instead, the book debunks one by one the usual litany of “reasons” for singlehood, from “You have low self-esteem” to “You’re too picky.” In this humorous and compassionate volume, Eckel — who met her husband-to-be at 39 and married him at 44 — distills research, interviews and personal observations into an honest and possibly revolutionary take on single life

The Sisterhood’s Johnna Kaplan spoke with Sara Eckel by phone 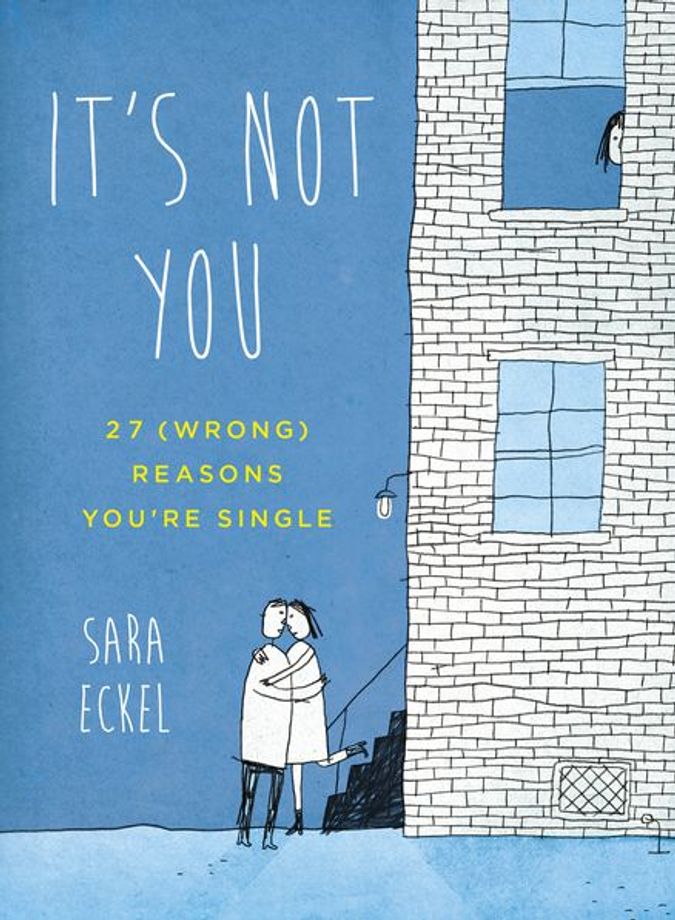 Johnna Kaplan: The main thing you talk about that I love is that you mention the existence of women for whom singleness is not entirely a choice. That is so rare. Why do you think no one talks about those people?

Sara Eckel: It’s very interesting, it’s like they either have to be this amazing empowered woman who, it’s 100% choice and who wants to be single and “Who wants a husband? Blech!” Or you’re kind of this nit-wit girl. And it makes no sense because obviously most people get married. So obviously if that’s the case then there are going to be people who aren’t married yet but would like to be, and there shouldn’t be anything embarrassing about that.

That inconsistency also comes up when you talk about the advice that women get. They’re either too intimidating or too desperate; they need a plan or they should relax; they’re too picky or they don’t know what they want.

I think it’s that there is all this advice coming from all these different places and there seems to be this idea that you’re supposed to be able to strike some absolutely perfect balance of projecting this open-hearted energy that will make men so attracted to you, but also be independent enough, not too scared. There’s this myth that everyone who’s married has accepted this perfect equilibrium. A lot of it comes from this idea that if you’re single and if you don’t want to be, then there must be a reason for it, so let’s go down the checklist and find the reason. And I think that’s why it’s so confusing, because of this idea that there necessarily has to be something that you are doing wrong or something that is wrong about you, and so it becomes a weird vortex where you can never win. 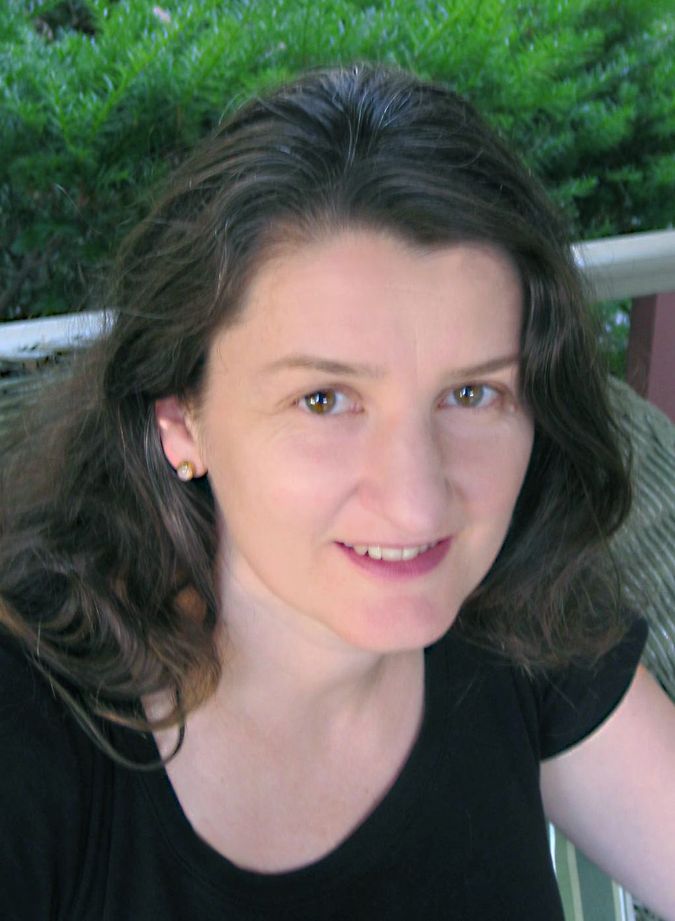 You start the book with that question, being asked “Why are you single, what’s wrong with you?” by a date. Later you bring up being asked the same question by a well-meaning friend or stranger. You say that the best answer is “I don’t know.”

I find that that answer kind of shuts people up and it kind of points it back to the person who asked it. Like, “Why exactly are you asking me this question?” If you say I don’t know then there’s kind of nowhere to go with that, if you refuse to play this game of “Well I may be picky, or…” It felt like when I tried to analyze myself for someone I was sitting next to at a wedding or whatever, it kind of played into this idea that I was buying into that there was something wrong with me and that I had to explain myself. And saying I don’t know also meant that I didn’t have to advocate for how great I was, and try to make that case. That’s also kind of disempowering; why do I have to convince you of anything? So I just kind of let it be there and if it made the other person uncomfortable, well good, because it’s kind of a rude question.

This book started as a Modern Love column [in the New York Times], but you were initially writing a slightly different book, right?

Yes. The original proposal that I wrote was on women who married after 35. And I got that idea because I had all these friends and we would all get together when we were in our mid-thirties, slapping our hands on our foreheads saying “What’s going on, what’s the deal with this?” And then two, five, seven years later most of those women were married and they were fine. And we were all the same person, none of us had had some kind of major growth experience. We just finally had luck work out in our way. So I realized that all those things single women are told about “stupid things women do that screw them up,” well, we had done all those stupid things and we ended up getting married. So I realized that there were a lot of stories of women to tell, who had all the same self-doubt, all the same questions about themselves being too ambitious or being too needy and then just found a guy who liked them for who they were.

So that was the original idea and that proposal just didn’t really fly. My editors at Perigee liked the proposal, and so they called me in and said “We love the proposal but we’re not really interested in the idea of marriage as an end goal.” They said, “What we’re interested in is an inspirational book for single women.” So I gave it a try and there was part of me that thought “inspirational?” When I was single I don’t know that I would have been attracted to inspirational books. But I decided to write a book that would inspire me and would inspire my friends, and to be really authentic to my own experience and the experience of women that I knew and women I was interviewing.

Some of the most interesting, and depressing, points you make in the book are about structural things like the Family and Medical Leave Act, which only entitles spouses, parents, and adult children to time off work to care for a sick family member, but also socially, how everything is built around couples and families. But then you also point out that singles are the most politically engaged demographic. So I wonder if you see some societal change happening, with more people getting married later?

I think there are changes happening, and I think partly because more people are getting married later, and so there’s a longer period where you’re a single person who is also a full-fledged adult. A few decades ago, your single years were just your post-college years, you were still growing up a little bit. Now there are so many people who are single in their late 20s, 30, and 40s.

And I also think there’s been a shift, where women in particular are not buying into this idea that they have to be one thing or the other, that they have to either have made being single this 100% choice or they have to just get married to whoever is there. I think women are starting to realize, “I can want to find this relationship but also see that it’s not happening now,” without feeling embarrassed about that. That’s something that’s pretty unprecedented historically, that women have the option to hold out, to wait for the right relationship. So now that you can do that, you really have the freedom to say “Things are going pretty well now so I’m going to wait for someone that is going to make it actually better.” As opposed to, “Oh my god, I’ve got to get married.” In a lot of ways this idea of the panic-stricken single woman isn’t accurate. Women who stay single are not panic-stricken.

The one part where panic sometimes comes in is having to present yourself, if you’re single, as this fabulous single woman.

I think it’s really important that we shouldn’t have to be fabulous. Because your married friends don’t feel they have to be fabulous, so why should you have to be fabulous? I think the thing that’s much more important than being fabulous is just having a life that has meaning. Obviously for many people children become that, but children aren’t a requirement of having a meaningful life. I think that’s a lot more important than being able to sashay into a party and say “I just got back from Paris.” It’s better for your happiness and well-being and better for the world. One of the things I regret most about being single is I spent so much energy worrying about all this stuff, that maybe I could have been doing a little more to make the world a better place, to be a better citizen. I did a few things but there’s so much now that needs doing. I wish I hadn’t been so caught up in my own pain.

Let’s talk about internet dating. You say it’s good in that it shows how the magical thinking in previous dating advice is a lie. But I wonder if it’s also seen as a magic bullet for finding a partner, when it’s not.

When I started Internet dating it was something my married friends would be like “Ooh, that sounds a little scary.” But then of course all these people started getting married to people they met online. But then it became this default cure-all, and I can see that. “How can you say there are no men, all you have to do is go online and there they are.” So I think that is a real problem and I certainly know that woman who has been on Match.com for years and years and years. Especially if you live in a place where there’s a lot more single women than men.