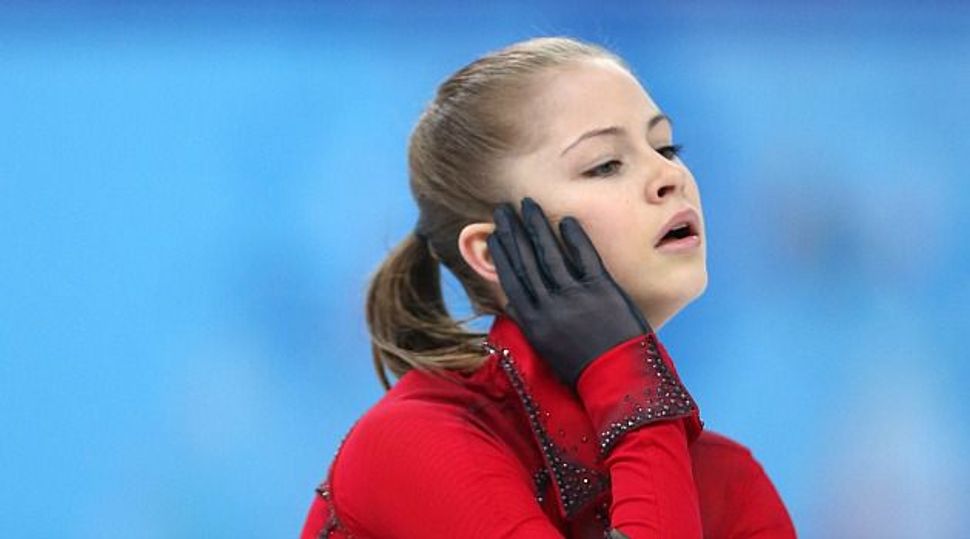 Lipnitskaia skated in a red costume meant to evoke the iconic “girl in the red coat,” who briefly appears in the movie “Schindler’s List” to enhance the pathos of a scene of the liquidation of Krakow’s ghetto.

For many, the slender girl’s soundtrack choice struck a sour note in an otherwise breathtaking routine. “Schindler’s List on Ice,” as one member of the Twitterati called it, was, for some, another strange element in an already bizarre Olympics that has been plagued by malfunctioning snowflakes, toilet troubles and political unrest. Max Fisher, a foreign affairs blogger at the Washington Post, had a typical reaction:

As Justin Peters pointed out on Slate, Lipnitskaia is far from the first figure skater to use music from “Schindler’s List” for a routine. The movie’s wrenching resonance suits skating’s exaggerated emotional beats.

While it’s hard to deny that the sight of a glittery-Spandex-clad interpretation of “Schindler’s List” does push some iffy buttons, it’s important not to conflate Spielberg’s movie with the Holocaust itself. “Schindler’s List” is significant for raising and sustaining awareness of the Holocaust and its hidden heroes, but using a Hollywood film theme in a figure skating routine is not necessarily any kind of desecration. The red coat-clad girl Lipnitskaia riffed on was a fictional creation, meant to pull on audience’s heartstrings, to a soundtrack of Yiddish folk song.

Strong detractors of Lipnitskaia’s routine might need to be reminded that Spielberg’s creation is just that — a masterfully crafted work of fiction representing the Holocaust, not a historical artifact, and not, indeed, history itself.