Orthodox Feminists Are Not Conservatives in Disguise 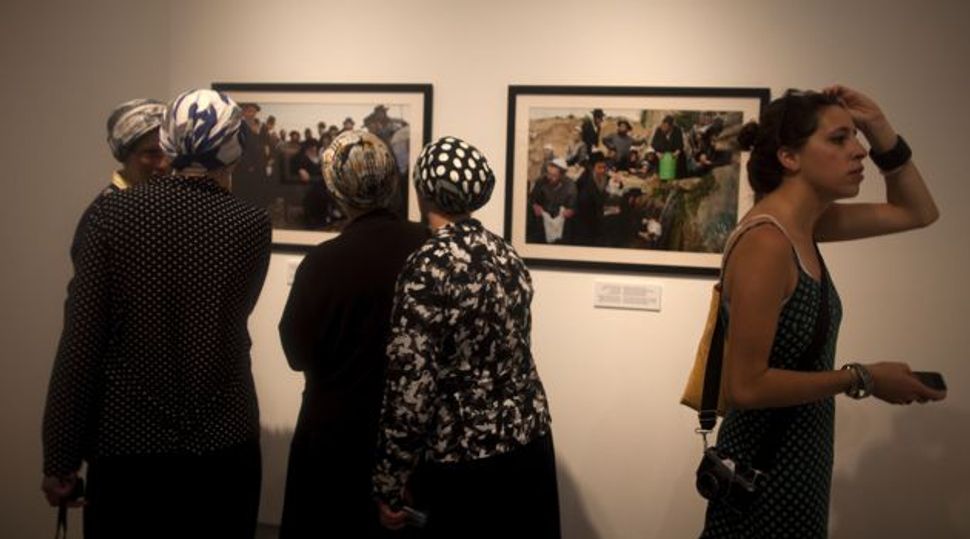 There is a rumor going around that Orthodox feminists are just Conservative Jews in disguise, or perhaps in denial.

I’ve heard this idea in many settings. I was at a dinner last year honoring Jewish feminists when a woman at my table — a Conservative rabbi and prolific writer whom I greatly admire — reproached me. “Why do all you Orthodox feminists think that what you’re doing is so amazing?” she demanded. “The women in the Conservative movement have been fighting these battles for 40 years. You are just barely catching up.” Last month, my dear friend Hillary Gordon echoed similar sentiments in a blog post she wrote about my recent book event in Jerusalem. “Why can’t the Orthodox recognize that other women have come before them and fought the same fight?” she asks. “Why is it that because it was done by Conservative or Reform Jewish women it is not legitimate according to the Orthodox?” Almost the exact same line appeared a couple of weeks ago in the comment section of Frimet Goldberger’s blog post about Orthodox feminists. Frimet dared to write that Conservative Judaism is not an option for her, to which a commenter replied, “Do I detect some judgementalism in those words?? ….Is there a suggestion here that the Conservative observance of Shabbat is less ‘full’ or somewhat deficient from the more authentic Orthodox one??”

Perhaps Orthodox feminists retain that Orthodox insularity out of fear. We saw what happened to Rabbi Asher Lopatin when he dared to hold an event on the Jewish people with leaders of Conservative and Reform Judaism. He was subjected to some really revolting blackballing tactics from within Orthodoxy. Imagine what effect these events have on people’s self-concept within the Orthodox community. Stepping out, even slightly, can have very troubling consequences.

And then there’s another kind of fear at work here, one particular to women. It has to do with women’s often difficult relationships with other women, which I wrote about recently here at the Sisterhood. Women are so trained to do it all on our own all the time without any help — as if getting help impinges on their successfulness in life — that we don’t want to know about the women who came before us. We are so socialized into a competitiveness over individualized perfectionism that we find it alarming to learn that others may be ahead of us. It’s why women have such a hard time with mentoring, sponsorship and networking. We’re not trained in it; we’re socialized to do it all on our own. I see this dynamic all the time — not just in Orthodoxy. Women often don’t want to know about others who have done this already. It’s too threatening. So of course Orthodox feminists are not looking at Conservative feminists. They don’t really know how.

Nevertheless, with all that, I think that there are still some good reasons why Orthodox feminists do not consider Conservative Judaism an option. To be an Orthodox Jew is an all-encompassing identity that drives almost every single decision in your life every day — your food, your clothes, your housing, your vacations, your sex life and on and on. When you go to the supermarket, or make a coffee date, you’re checking kashrut certificates. When you’re looking for a house, your primary concern is walking distance from a synagogue. When you go clothing shopping for girls and women, you’re looking at sleeve length and necklines. Your entire week revolves around preparations for Shabbat. When you travel, you’re looking for local kosher restaurants and synagogues. When you walk down the street, if you see a man with a kippah, you have that flicker in you, “He’s one of ours.” There are so many codes and conventions — some of which are halachic and some of which are just comfort and familiarity — that together make Orthodoxy an all-consuming identity.

Orthodox feminists are women (and men) who like all of that. They love the sounds, sights, songs and smells of Orthodoxy. They want to be part of this group that they know as their own. They love walking into a shul or a kosher restaurant anywhere in the world and feeling at home. They like their friends, their community, their entire lives — well, almost everything. Orthodox feminists are people who love everything about Orthodoxy except for the gender thing. It’s not that Orthodox feminists want to become Conservative. Not at all. It’s that they want Orthodoxy to fix the gender problem. Then their lives will be perfect. Well, you know, more or less.

I do think that there is another way, in which feminists from all denominations collaborate and dialogue without fear or unnecessary turfiness. I talked about how important this is in my recent interview with Susan Reimer-Torn at the Jewish Women’s Archive. Feminists from across the spectrum can find shared values without feeling like our identities are being threatened. I saw a beautiful model of fluidity in the community of Pittsburgh, Pennsylvania last year, when I spent Shabbat as a guest of both the Orthodox and Conservative communities at once (thank you Mickie Diamond). Women in this community freely flow between Orthodox and Conservative communal settings. Many women told me that some days they will go to the Conservative shul, some days to the Orthodox shul, some days to the partnership minyan — and everything is okay. On Shabbat afternoon, Beth Kissileff hosted me for a discussion on the status of women, and women around the table came from everywhere — from secular through — to share in this dynamic conversation.

It’s okay for women to feel like Orthodoxy is the only option — or that being Conservative is the only option. What is most important is for us to respect and acknowledge one another, to seek out each other’s leadership and wisdom, and to work together on our shared values of Torah and tikkun olam, from wherever we happen to dwell.

Orthodox Feminists Are Not Conservatives in Disguise