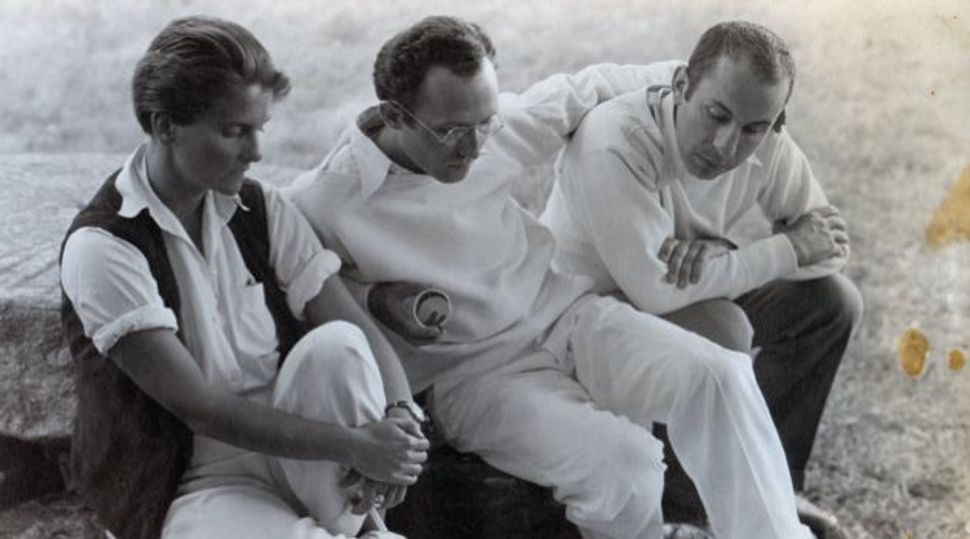 Along with Lee Strasberg (middle) and Harold Clurman (at right), Cheryl Crawford (left) was part of a revolutionary movement in American theater. The trio’s collaborative project, known as the Group Theatre, began in 1930 with a modest series of lectures in Clurman’s apartment, open to the public. Their goal was to produce socially relevant theater and their inspiration was Moscow’s Art Theatre and the Stanislavsky Method (a type of theatrical training created by Russian actor and producer Konstantin Stanislavsky).

One of the few women in theatrical production at the time, Crawford was active in selecting the plays Group Theatre would perform. Inspired by her success in the Group Theatre, Crawford, a lesbian well known to the theater world’s gay social scene, set out to become an independent producer. Along the way, she reportedly influenced the careers of Helen Hayes, Ingrid Bergman, Bojangles Robinson, Mary Martin and Tallulah Bankhead to name but a few. In 1947 she co-founded the Actors Studio which trained Marlon Brando, Shelley Winters, Jerome Robbins and Bea Arthur among other talented people. In 1951 Strasberg became the artistic director of the studio.

Crawford’s visionary career spanned five decades and ran the gamut of classics such as Clifford Odets’ “Awake and Sing” to “Yentl.” She produced a hit in her personal life too with partner Ruth Norman, cookbook author and creative partner of culinary legend James Beard. If Crawford’s life was an exciting path in the theatrical arts — her motto was, “There are doors to the inevitable everywhere.” — her passing was just as dramatic. In 1986, at 84 years old, she died of complications from a tragic accident, having been knocked downstairs by a student who was exiting the New Dramatists school for playwrights.