Haredi Wives to Sara Netanyahu: ‘Be Our Esther’ 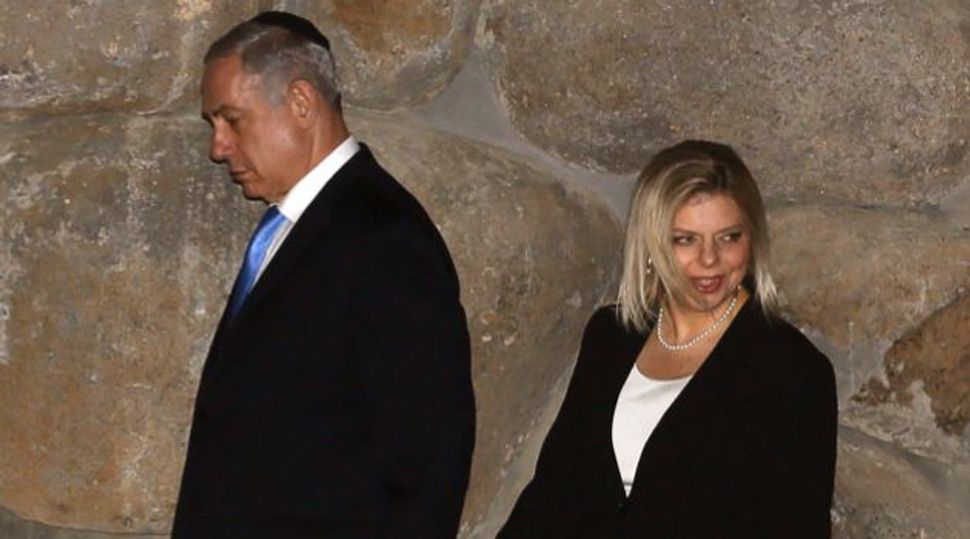 Eighteen wives of Haredi Members of Knesset penned a letter to Mrs. Netanyahu urging her to use her powers as Queen of the Israeli empire to influence her husband, Benjamin Netanyahu, Emperor of all Israelis. According to Israel National News, the women pleaded with Mrs. Netanyahu to appeal to her husband to strike down a pending law being drafted by a Knesset committee. This law is set to criminalize Haredi non-enlistment in the IDF, further exacerbating the tension between Haredim and the general public.

“Please, we are crying out to you,” they wrote. “Fulfill your responsibility to the nation, and use your great influence with your husband the Prime Minister to prevent this mortal blow to such a large segment of Israel’s population.”

The women invoked the Biblical story of the upcoming Jewish holiday of Purim. Mrs. Netanyahu, they explained, can be the modern-day Queen Esther — a Jewish heroine in this battle of perceived Torah annihilation.

“Your actions could go down in Jewish history; you could be remembered as the one who prevented the creation of a terrible rift in the nation and a death blow to Torah scholars and yeshiva students,” they pleaded.

Mrs. Netanyahu has a tough act to follow with Queen Esther — a Jewish girl who enchanted the Persian King Ahasuerus and influenced him to overturn a decree set by his prime minister, Haman, to exterminate the Jews.

But Sara Netanyahu is not a queen; she is not at odds with her husband about annihilating the Jews; she has children who are enlisted in the Israeli Defense Forces, and cannot be expected to identify with a request for exemption for other’s children.

The entire premise of this letter indicates a sad disconnect from reality from both sides of the aisle — Haredi and non-religious.

Did the MK wives think that the drama and tears from one sister to another will effectively explain why Haredim should be enrolled in yeshivas and not the army? Pleas that hearken back to Biblical heroines will not sway a queen, or her king, of a democratic country to give special treatment to a subgroup. And it shouldn’t.

Haredi Wives to Sara Netanyahu: ‘Be Our Esther’