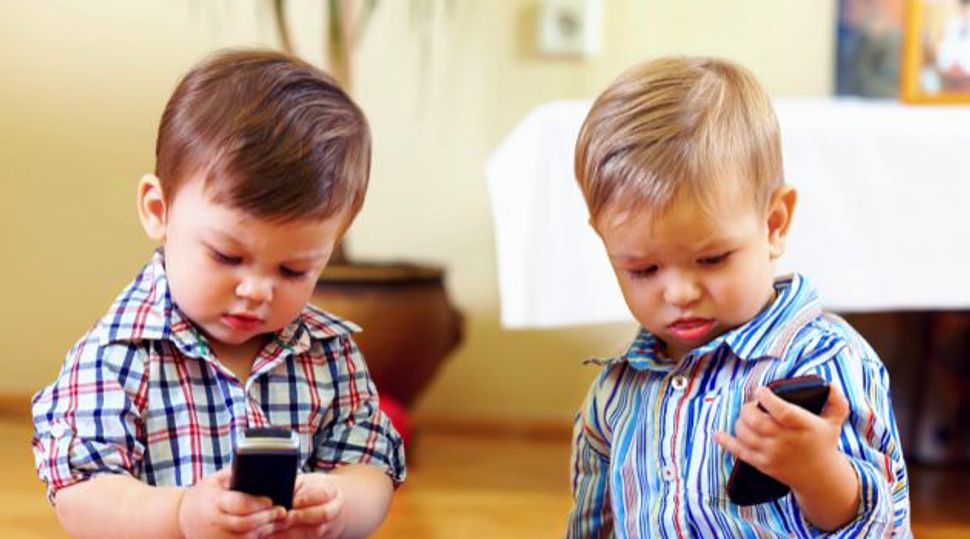 A few years ago at a holiday party at my brother’s house one toddler began hitting another toddler. After a few minutes the parents of the boy being hit asked the parents of the hitter if they wouldn’t mind telling their kid to stop.

“No. We can’t. We don’t believe in telling our son ‘no.’ We believe kids need to figure out these things themselves.”

A little shocked and a little annoyed, the parents of the boy being hit picked up their son and walked away.

And thus was my family’s first exposure to the not totally bananas but certainly more than a little kooky world of RIE (Resources for Infant Educarers) Parenting. We were certain this trend had to be a flash-in-the-pan, an odd preoccupation of a particular subset of the elite, but apparently this method has caught on, particularly among Hollywood types. As explained by Vanessa Grigoriadas at VanityFair.com, a rising number of Angelenos are latching on to RIE Parenting, which is based on the counter-intuitive and somewhat peculiar premise that we should not be treating our children like children.

RIE parents avoid things like sippy cups, pacifiers, bouncers, baby walkers, baby Bjorns and baby talk. Basically, if it has “baby” in the title, you can’t use it on your, yes, baby. Also, no rocking your kid to sleep or trying to stop them from crying, lest you “condemn them to repress their emotions for a lifetime.” Instead, parents are supposed to speak to their kids like they would to another adult, and feed them off of real plates and teach them to sip from real glasses, as soon as they are capable.

I think we can all agree that setting limits and giving kids some independence is a good thing. But this whole RIE thing is just yet another chapter in the ongoing story that is extreme parenting, which is just stressing out parents and probably not doing much good for our kids either. Personally, I am going to stick with the sippy cups.