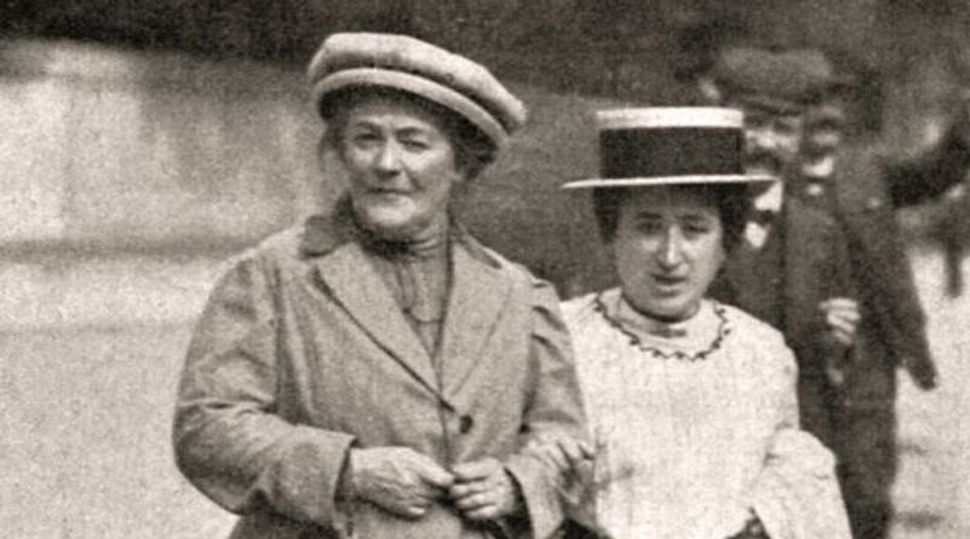 Today is International Women’s Day. Two German women, Clara Zetkin and Luise Zietz, first proposed the holiday in 1910 at the International Women’s Conference in Copenhagen. A year later, the holiday was celebrated for the first time. Neither woman was Jewish, but Zetkin, a member of the German parliament, was called a Jew by members of the Nazi press who wanted to prevent her from speaking at a government event.

According to a 1932 article in the Jewish Telegraphic Agency:

Ignoring the fact that Clara Zetkin, veteran Communist, is of Aryan stock, the Nazi press here calls her a Jewess and seeks to make stock from this fact for its propaganda, in connection with the possibility that, as the oldest member of Parliament, she may open the new Reichstag sessions in accordance with tradition. While the “Vossische Zeitung” insists that Clara Zetkin is of Aryan descent, and while it is known that her husband was a Jew, and not she, the “Angriff” writes: “Zetkin was never attached to Germany which is small wonder considering that she is not German, but a Jewess. We therefore ask whether it is to be tolerated that such shame be imposed upon the German nation as permitting a Jewess residing in Moscow and obeying orders from Moscow to open our Reichstag?” The “Voelkische Beobachter” also endeavors to establish that Clara Zetkin is a Jewess and uses the title “Jewish Woman wants to preside over Reichstag.” It is not only the irony of fate but symbolic that a Jewess from Moscow should open the Reichstag, the “Beobachter” asserts, expressing the hope that this Reichstag will be the last.