Not Becoming a Rabbi Was the Best Decision of My Life 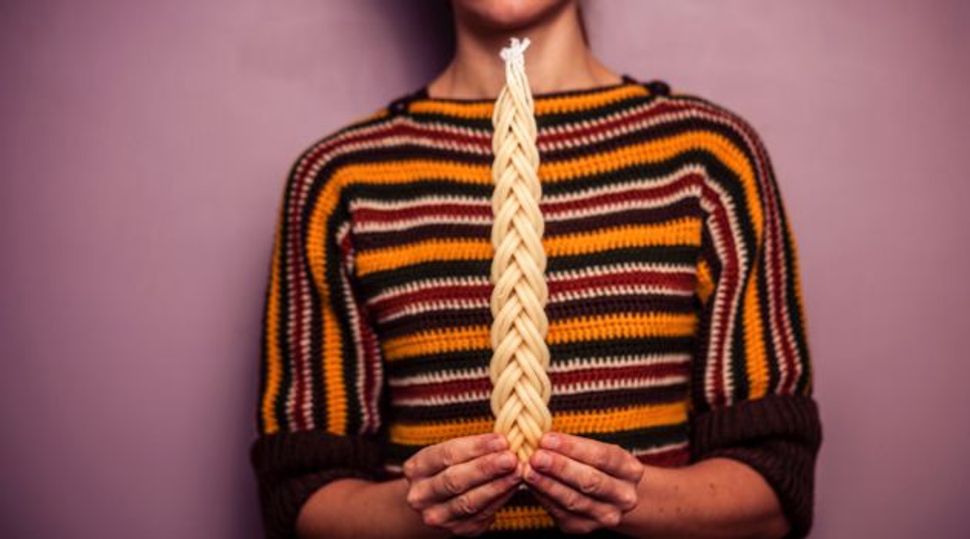 There are a lot of things that I’m never going to be: a morning person, someone who remembers to check the weather report. A rabbi. It’s especially good that I am not this last thing, because it would have been the biggest mistake of my life.

Throughout college, there were moments stacking up, like blocks, some smaller, some larger, that seemed to point the way to the rabbinate. There were the daily minyanim that were offered to me when my mother died in my sophomore year, although I had probably gone to Hillel four times and was not totally clear on what a minyan was. There was the Jewish women’s studies class I took with the professor I proceeded to follow around for two years, whom I TA-ed for, whom I wanted to be. There was the heady, intoxicating experience of Jewish academia, which I sought greedily, semester after semester. It was the fact that everything was new, that in spite of the fact that I was technically Jewish, it had never meant anything to me. It had never seemed tangible or relevant, or even accessible, until then. Other Jews wanted me to be part of this thing, there was a community waiting for me, who needed me, who was excited about my ideas, and the fact that I showed up. There seemed to be room for all of me — the scared, motherless girl, the feminist, the artist, the ruckus maker.

After college, I continued what could best be described as my Jewish bender. I moved to Boston and did a Jewish organizing fellowship. I got a job working at one Hillel, and then, later, another. I went to a rabbinical school open house. I went to Israel. I started keeping kosher. I went to Israel again, this time to learn Torah. My inertia stemmed from this idea that I could take Judaism and make it my own.

I can be honest now, more than 10 years later, now that I’m on a very different path. I was faking it. Not in a nefarious way, but in the way that you fake something because you think it will result in really believing in it. If I wore skirts, if I studied Torah, eventually, I’d stop being so skeptical and become a person whose life had rules, a person who was more like everybody else. I thought then that it would be all or nothing — that either I would be a rabbi, or I would be “one of those Jews” — who ate pork, who never went to shul. I didn’t get that there was more than one way to care, to be. I don’t think I wanted to get that, it was too complicated, and I did not need another complicated thing. I wanted my identity to be hermetically sealed, determined.

It was not a single incident which made clear to me that I didn’t want to be a rabbi anymore, that actually, I had never wanted to be one. Over time, the desire turned from a desperate longing, to a dull throb, until it was something I no longer thought about because it was for me completely nonsensical.

I managed, somehow, to admit to myself that being a girl in jeans, a girl I recognized, was more important to me than looking like a girl who was behaving in a particular way. After the skirts went, so did I, right off the derech. Although I had found rabbinical school that I liked, if I was honest with myself, I actually loathed the idea that I couldn’t matriculate there if my partner wasn’t Jewish or planning on becoming Jewish. My Hebrew was terrible, and the thought of having to work on it made me unbelievably anxious and preemptively exhausted. I knew I didn’t want to have kids. I knew marriage was not a thing I liked or wanted to do. How could I be a rabbi without a spouse or kids?

And then there was the small matter of Torah. I was, as they say, not so into it. I wanted to be. I wanted to love it the way the people around me in the Pardes beit midrash loved it, with sweaty, raucous devotion. But I didn’t. I didn’t believe it. I didn’t even like it. I tried to absorb it, and even appreciate the art of the apologetics. I couldn’t. My relationship with the text, with halacha, became belligerent, even hostile.

I pushed harder, sought out more learning, more mitzvot, more opportunities, more people who I thought could convince me, because confronting the fact that this was no longer working for me was much too terrifying.

It makes me insanely angry when people write things off as being a “phase,” as if to say that whatever it was, it didn’t really count. Everything counts, as long as you’re alive. Perhaps it was the reality of my life at 21 years old (fine, and also at 22, 26, 28), which is that I was alone, essentially an orphan. It was also probably that I wanted, so badly, to be part of something, to be wanted and needed, and Jewish community seemed to fit that bill. It was certainly that I had not yet had the courage or the foresight to be honest with myself about what I really believed about the world, because I didn’t know what I believed, I just wanted to feel held. I don’t feel like that anymore, that I need to be held, at least not in the same way, but the heart of my decision to forgo the rabbinate was ultimately about the fact that I also didn’t want to be responsible for holding a Jewish community anymore. Faking it, if you’ve ever done it or attempted to do it, is exhausting, even if you don’t know you’re doing it. While admitting that I didn’t want what I thought I wanted was terrifying, it was also one of the best things I ever let myself do.

Not Becoming a Rabbi Was the Best Decision of My Life