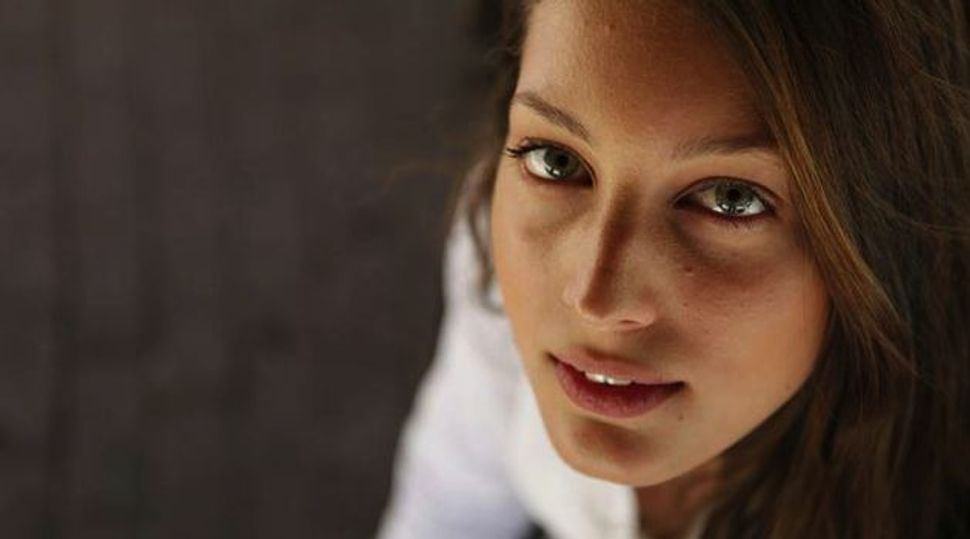 Israeli beauty queen Doron Matalon is a firm believer that good things can come from bad experiences. As a soldier in December 2011, she was sexually harassed by an ultra-Orthodox man on a Jerusalem bus. Now, as the first runner-up in the recent 64th Miss Israel pageant, she plans to use her newfound fame to help advance the fight for women’s rights in her country.

On March 5, the day that Matalon, 20, won second place in the national pageant, 44-year-old Moshe Fuchs of Beit Shemesh was convicted of sexual harassment by the Jerusalem Magistrate’s Court. Fuchs, who had called Matalon a “prostitute” and “shiksa,” claimed the incident was “trivial.” However, Magistrate Hagit Kalmanovitch rejected his argument, ruling that Fuchs’ misconduct was grievous. She emphasized that the defendant had “acted as part of a social practice of excluding women on segregated lines in particular and in public in general.”

“I don’t hate Haredim,” the secular Matalon, told the Forward by phone from her home in the Israeli settlement of Beit Aryeh. “But what happened to me really opened my eyes to the fact that we need to change things. These kinds of things don’t have to happen.”

She regards the harassment incident, as well as her subsequent giving of testimony in court, as a personal turning point. “I fought for myself and I am really proud of myself,” she said.

Matalon, who has embarked on a modeling career since being discharged from the IDF last October, does not plan on filing a civil suit against Fuchs, preferring to focus on making change for all women in Israel society. “I’m keeping the big picture in mind,” she explained.

“I did my part. I filed a complaint with the police and gave three hours of testimony and stood up for myself,” she said. “The situation has improved a lot since what happened to me on the bus, and there are now stickers on Jerusalem buses warning people that harassment is illegal and subject to prosecution. I feel like I personally contributed toward making things better.”

Matalon, who will represent Israel at the Miss Universe pageant (Miss Israel 2014, Mor Maman of Beersheba, who succeeds Israel’s first black Miss Israel Titi Aynaw, will represent Israel at the Miss World pageant), intends during the upcoming year to address the two issues that are most important to her: the status of women and Israel’s image in the world. She believes that Israel has gotten a bum rap, and wants to contribute to an improvement in the nation’s public relations efforts.

“We are a small nation that makes a lot of noise. The problem is that the media only goes for the ‘juicy’ stories,” she said. “People just think this is a dangerous place, and they don’t see that there is so much more to Israel, that there are so many good things here.”

Matalon is taking a strategic approach to her work on behalf of women’s rights. She is working with a team of advisors and the women’s magazine Laisha (sponsor of the Miss Israel pageant) to identify objectives and plan how to best meet them. “I think I can help open a lot of doors,” the beauty queen suggested.

There’s work to be done on the national social and political level, but Matalon has not lost sight of the individual women who are affected on a daily basis by discrimination and harassment.

“Lots of Haredi women approached me personally after my story broke to share with me their own stories. Maybe I can identify these women and help them directly.”