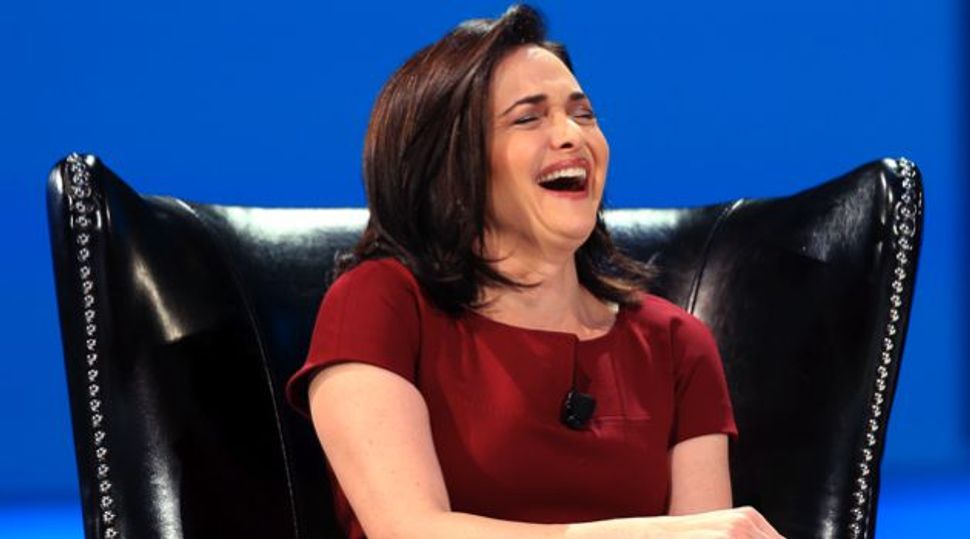 Sheryl Sandberg is trying to ban the word “bossy” by telling everyone what to do. It’s kinda funny.

The ban on bossy is the center of the leaning-in Facebook COO’s most recent crusade to try to encourage us not to discourage leadership in girls. As the campaign’s website explains: “When a little boy asserts himself, he’s called a ‘leader.’ Yet when a little girl does the same, she risks being branded ‘bossy.’ Words like bossy send a message: Don’t raise your hand or speak up. By middle school, girls are less interested in leading than boys — a trend that continues into adulthood. Together we can encourage girls to lead.”

I imagine Sandberg would respond to those of us who find humor in her bossy approach to bossiness by thanking us for illustrating her point. Sandberg surely views herself as a leader who is leading here, and anyone who sees her otherwise clearly has some issues with women in charge.

Still, “Ban Bossy” is getting a lot of heat, and from people whose body of work makes it very clear they have no issues with leading ladies. This is partly because contrarian wins in the blogosphere; nobody is going to click on “Sheryl Sandberg’s New Campaign is Great.” (Well, not until everyone else decides it is terrible.) And partly because people don’t agree with Sandberg’s methodology here for encouraging leadership skills in women. Ann Friedman at The Cut says that contemporary feminism works better when people are offered progressive alternative labels for women, and not when they are told not to do something. The Guardian’s Hadley Freeman thinks incorporating feminism into middle-school curricula would go much farther than just banning a word, and Noah Berlatsky at the Atlantic says we should put our energy into rethinking when it is appropriate to praise boys for being confidant and opinionated. “Maybe the problem isn’t just that we call women “bossy” too much; maybe the problem is that we let men get away with behavior which we should call “bossy,” or something worse,” he writes.

As a Jewish woman, I had my own initial resistance to the “bossy” ban. Us Jewesses are some bossy broads! And proud of it! How I love and appreciate the many older Jewish women I have met over the years who had never learned to hold their tongues out of politeness or proprietary.

Though then I realized that the reason we can be as bossy as we are, and have this tradition of “bossy” women like Betty Friedan, Gloria Steinem (whose father was Jewish), Bella Abzug and even Sandberg, is because “bossy” among Jews does not carry the same stigma that it does in general society. Sure, we could make an argument to reclaim “bossy,” and try to spread our Jewish notion of it to the rest of the world. But I am not sure if that would be any more effective than Sandberg’s ban. Also, there are plenty of places Jewish women still can’t be bossy, most notably up on the bima.

And so, I have come to believe that Sheryl Sandberg’s new campaign is actually great. She is using her perch as a leader (or bossy Jewish women, take your pick) to try to get more women to feel comfortable taking the lead. I don’t think she will succeed at banning “bossy,” but she has already succeeded at getting a lot of people to think about and discuss our gendered notions of confidence and leadership. This is not a discussion that will soon end, but one that surely benefited from Sandberg’s celebrity in getting started.