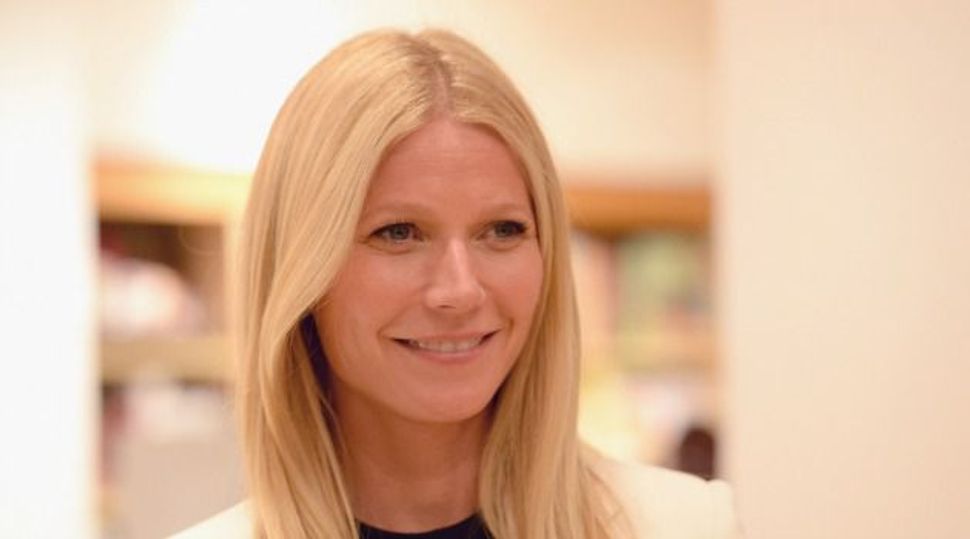 I’m of two minds about Gwyneth Paltrow and Chris Martin’s announcement that they are going through a “conscious uncoupling.”

Part of me cringes over the fact that Paltrow felt the need to process something as intimate as her separation in the life-perfecting GOOP mill. What she gave us is a sanitized, sunny, and even chic presentation of what is surely a raw, dark and messy experience. Her note, posted above a darling picture of the two of them sitting on the grass in formal wear, has a calm and collected tone, and refers to the hard work they put into the marriage and the peace they have discovered in their decision to separate.

This is followed by an essay about “conscious uncoupling” from East meets West doctors Habib Sadeghi and Sherry Sami who explain that we now live too long to fulfill the whole “until death do us apart” thing, and by accepting this we can change how we experience divorce and turn it into an opportunity for growth. As Slate’s Jessica Grose points out Paltrow’s “sun-dappled breakup announcement is just the same tired keeping up appearances that wives and mothers have long been expected to do,” and Paltrow even more so because she has to maintain a brand.

Another part of me, a bigger one, I think, really digs it. Paltrow and her doctor friends are trying to reposition how we view divorce, and strip it of the connotations of failure and tragedy that it has long contained. Sure, they do this by using the hippy dippy psychobabble that has become the spiritual vernacular of our time (there is a whole part about insects and intimacy, and how bad marriages turn us into insects through the inevitable development of emotional exoskeletons). But still, buried in there, is an important and radical idea: divorce is okay. It doesn’t have to be a source of shame, fury or vitriol, and instead can be something that happens between two mature adults who have outgrown one another as romantic partners but are still happily willing to remain bound as parents to children. Stranger things have happened.

Divorce isn’t easy. I know this because my parents had a not especially nasty but still difficult one that, like most, took way more money and time than it should have. Paltrow, trend-seeker, wellness guru, and style icon that she is, has come upon a new way to go about things, and she thinks it is better for us. Speaking from experience, I kinda agree.

For conscious uncouplers, the important thing is not whether or not a couple divorces, but how they do it. Paltrow’s offering up a process that can yield better, rather than broken, people on the other side. Considering how few models of good divorces there are out there, it certainly can’t hurt to throw this more positive one in the mix, even if it is trademarked GOOP.

I know many divorced couples who sought out a Jewish divorce, or “get,” even though they weren’t particularly observant and had no practical reasons to do so. I think they did this because they craved something more than the often messy and nasty legal process of separation, some rite that would allow them to feel a sense of closure and letting go in a spiritual setting. Like Paltrow, they are searching for a little bit of serenity and even redemption in their divorces, something that will give them the peace of mind to tell their kids that “everything will be okay” and really mean it.