Birth of the Future for Transgender Jews 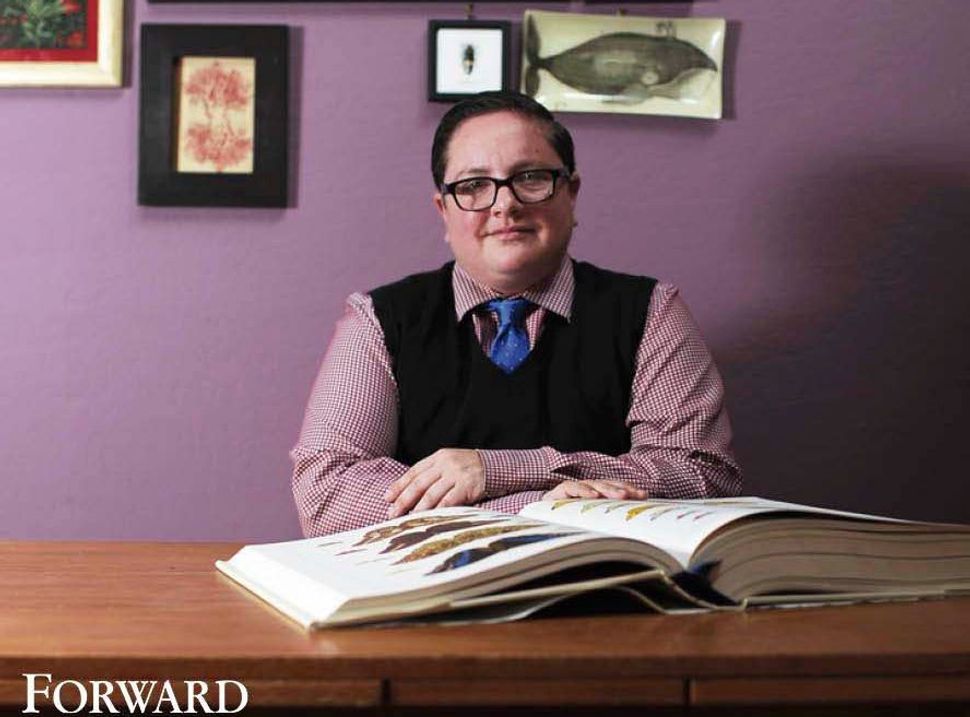 Editor’s Note: This is an excerpt of the introduction from the Forward’s new ebook, Transgender & Jewish. Buy it now on Amazon.

This is a book about the birth of the future — a future that was unimaginable to me for most of my life, and that is still unimaginable for many American Jewish communities, but which, as this book demonstrates, is undeniably, irreversibly being born.

I recently heard a voice from this future, during the Q & A that followed one of the many talks I’ve given about growing up hiding the fact that though my body was male, my gender identity — my true self — was female. I was terrified that I would be rejected by my family and Jewish community if anyone discovered that I was “really” a girl and only pretending to be the boy they knew and loved. The audiences I speak to mostly consist of Jewish adults, who sympathize with but never question my childhood terror: Though few are transgender, all understand why I was afraid.

They know that the gender binary — the assumption that everyone is either male or female, with no complications, combinations or in-betweens — is built into Jewish religious, social and family life. From customs about who lights Shabbat candles to men’s and women’s locker rooms at Jewish Community Centers and boys’ and girls’ cabins at Jewish camps to synagogue brotherhoods and sisterhoods, Jewish communities and institutions constantly and unthinkingly sort their members into male and female.

Transgender Jews like me who know we don’t neatly fit into one of those categories can either hide who we are, as I did when I pretended to be the boy my body marked me as; risk rejection and humiliation by presenting ourselves as transgender; or give up on Jewish community.

But after a recent talk at a progressive synagogue in Boston, a girl — she looked 10 or 11 — asked a question no adult has ever asked me: “Why were you afraid your community would reject you if you told them you were trans?” Unlike most Jews, she had grown up in a community with close ties to Keshet, an organization committed to the full inclusion of gay, lesbian, bisexual and transgender Jews in the Jewish world.

Yet as exceptional as her perspective is today, her voice is that of the Jewish future, which is slowly, spottily, but clearly being born: a future in which Jewish communities and institutions will take for granted that some of their members will be transgender, and won’t fit into traditional categories of male and female.

For these communities of the future, as for this girl, the revelation that a child or adult is transgender won’t be any more shocking than realizing someone has green eyes or platinum blond hair. Transgender identity will be understood as part of the normal range of human possibility, and Jewish communities will have developed the policies, rituals and social etiquette required for transgender Jews to feel safe, accepted, included and valued. In these communities of the future — a few already exist — no Jewish child will experience the terror that I and innumerable transgender children have felt, because we will grow up knowing that Jews of all gender identities and expressions are part of klal Yisrael, the Jewish community that stretches back to Abraham and Sarah and embraces every Jew who will ever live.

The essays in this book offer us an opportunity to watch this future being born, and invite us to participate in its birth. They show us transgender Jews overcoming terror, bullying and rejection, taking their places in pulpits, camps, schools, mikveh immersions and other rituals, and participating fully, joyfully and creatively in Jewish life. For these trans Jews, a future in which every Jew is valued regardless of gender identity and expression is not a dream but a necessity: They will not accept a Jewish world that shames, bullies, silences and excommunicates Jews who don’t fit the gender binary.

Birth of the Future for Transgender Jews