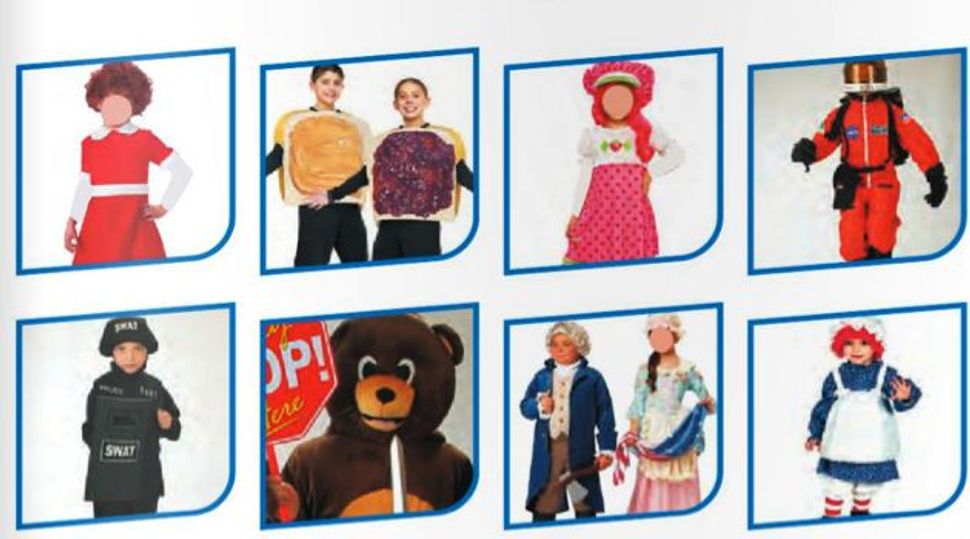 Do you have the sneaking suspicion that an extreme focus on women’s and girls’ modesty has become the new normal in much of the Orthodox community? One man has gathered the evidence into an Evernote virtual notebook he titled “tznius craziness.”

The man — let’s call him Mordy — asked not to be identified by name lest it impact his work as an IT professional with Orthodox clients. He grew up in a “yeshivish” Haredi family but left the frum community a number of years ago.

Mordy collects information in Evernote notebooks on topics both Jewish and not, on subjects as varied as racism in the religious community to cyber warfare, and how bias impacts medical studies’ application of the scientific method.

He does it, he said, so he can draw on the documents when discussing the issues with Haredi friends and family members. “I have had many conversations with Orthodox people, ultra-Orthodox particularly, who deny the craziness that is becoming ever more widespread in their community. They downplay it or deny it or excuse it, all the different ways of dismissing it,” he told The Sisterhood.

The only one of his nearly 20 notebooks publicly accessible is the one in which he gathers material on modesty: it contains everything from fliers and leaflets being distributed with increasing frequency in fervently Orthodox neighborhoods to the advertisements for children’s Purim costumes that have the girls’ faces blurred out, and an apology in an Orthodox newspaper for inadvertently printing a photo of a (modestly attired) woman.

Most shocking may be the “modesty game” cards for young girls. They are supplied in green (for good) and reddish pink (for bad) choices on any number of things children do, from eating ice pops in public to laughing out loud, from getting changed without thinking about modesty in the privacy of their own rooms to playing with friends in a crowded park. You can imagine which choice on each topic is discouraged on the reddish cards.

Another document in the “tznius craziness” notebook is a handbill, in Yiddish, prohibiting socializing between in-laws of the opposite gender. It says: “Unimportant talking, shmoozing and laughter is not allowed. It is forbidden to play games together; this is an inappropriate activity.”

Mordy takes pains to emphasize that he just gathers the documents when other people put them up on social media, not taking time to search out evidence himself. Nonetheless, it is much more visible than it used to be, because it is appearing in the frum community with increasing frequency.

He pulls the material together not just because he sees growing extremism, but because no one in the Orthodox community appears to notice as it creeps in. “The goal of this is not to mock. It’s to show something that’s a serious problem and is only going to get worse if people don’t realize it,” he told The Sisterhood.

For Mordy it is a personal, as well as an ideological, issue, as the trend makes some of his family relationships oddly uncomfortable. “It’s become earlier and earlier ages that I’m not supposed to give my nieces a hug or let them ride on my back.”

He offers up his own family as an example. “They wouldn’t promote this stuff but part of the problem is that no one’s fighting against it so it encroaches on the mainstream and before you know it, that’s the standard.”

Mordy cites one example in Israel. “Ten or 15 years ago in Israel only fringe people insisted on having kosher buses,” he said. “And now it’s become the de facto way mainstream Haredi people travel.”