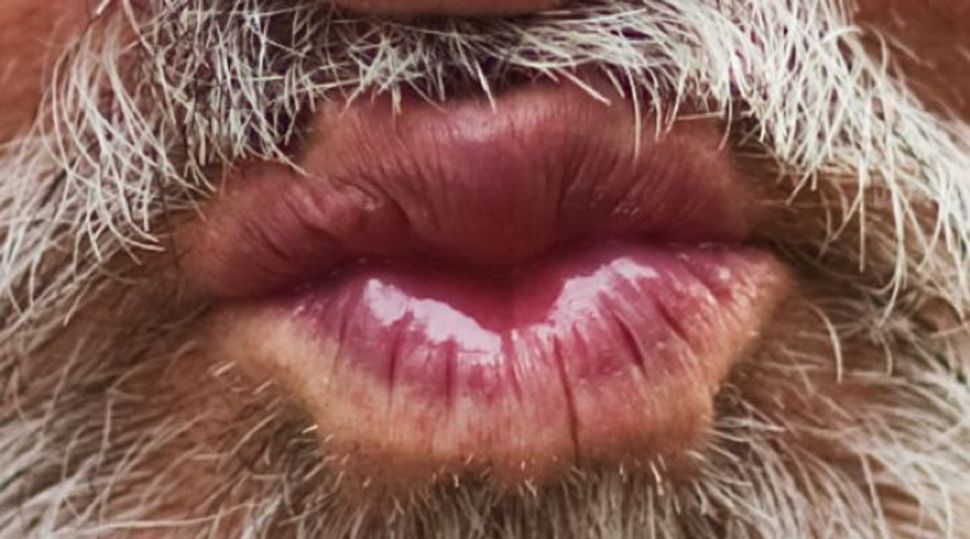 No one smiles at you in Mea Shearim — the ultra-Orthodox quarter of Jerusalem. Signs on the buildings warn: “Jewish women — dress modestly!” I’d been warned that girls who entered the quarter wearing t-shirts or short skirts had been stoned.

It was my first visit to Jerusalem at age 35, and I hadn’t been in a synagogue for 15 years. I couldn’t wait to flee the Reform temple in Los Angeles that my family had attended, (but only on high holidays) where services were boring and Sunday school was an ordeal. Yet I was a seeker and in the Sixties, I began exploring Eastern mystical traditions.

In 1975, when I stopped in Jerusalem on my way to take a nature tour of the Sinai desert, I was startled to find a vibrancy in Jewish practice, scholars creating fresh translations of the Torah, and mystics unlocking the Kabbalah — nothing I’d seen in West Los Angeles. I had yet to encounter a spiritual community in which I felt at home, and wondered if I might find that in Jerusalem.

I met a young French woman, Catherine de Segonzac, who was converting to Judaism and wanted to introduce me to the rabbi who was tutoring her privately, the Rav Kook. (she pronounced it “coo” with a ”k”) This was Zvi Yehuda Kook, leader of the most prominent religious-Zionist yeshiva in the world, founded by his father, Rav Abraham Isaac Kook, the first Chief Rabbi of Israel.

To visit him in Mea Shearim, she loaned me a blouse with long sleeves and a skirt that covered the knees. As we entered the quarter, I saw women in frumpy clothes with their hair covered, pushing baby carriages, and somber men scudding along with their eyes cast down.

As we approached the home of Rav Kook, we saw a swarm of men in long black coats, black hats, beards and payos, milling restlessly on the steps leading up to the front door.

“Don’t we need an appointment?” I asked Catherine. “The line’s so long, we’ll never get in.”

As we started up the stairs, all the men in black looked stricken and took off like a congress of crows provoked into flight. These men were forbidden to look at, touch, or even listen to the voices of women for fear they’d be distracted from thoughts of God. So there we were, alone on the steps outside the rabbi’s door.

After a brief time, the door opened and a tiny man of 85 with a white beard and twinkling eyes motioned us to come in. He tottered after us, chatting with Catherine in Hebrew, as he didn’t speak English. I sat down on the couch and he sat right beside me, put his arms around my shoulders and started kissing my cheek.

“What’s going on here?” I said to Catherine in English. “His followers won’t even stand on the same steps with us and he’s smothering me with kisses!”

“He likes you. He operates differently from the others, or he wouldn’t be teaching me one to one.”

The Rav told me, “I knew you were coming today. I’m going to make a meal of you. [kiss kiss] You have a question. What is it?”

I did have a question. Edging away from him on the couch, I said, “I’ve lived a secular life but since I’ve been in Jerusalem, I’ve been wondering: should I return to my religious roots? Should I study Hebrew, keep kosher, and observe the 613 commandments? I may not be able to, but should I try?”

He smiled and twinkled, holding his eyes on mine. Then he said, through Catherine: “You don’t need to follow those rules. That’s for the people in black coats. You go straight to God.”

Oh, joy! I’d been absolved from all those complex and arcane duties by the one of the highest figures in Judaism. I’d been given a pass — permission to go on my own path to God.

When we left his house in Mea Shearim, I felt warmth and tenderness moving through me like a drug. Being with the Rav had lifted me to a different state — beyond words, judgments and the puzzling kisses. I wandered the streets that I’d walked down before, but now the children, the soldiers, the yellow blossoms on the Judas trees — everything seemed to glow with divine sparks.

That night we had dinner with another teacher of Catherine’s, Colette Aboulker-Muscat, a Kabbalist who led guided meditations that she called “waking dreams.” When I related what Rav Kook had told me, she burst out laughing.

“Is that true?” I asked Catherine. She raised her arms and shrugged. He was obviously not too senile to prepare her for conversion. As I mused on this later, I wondered, was Rav Kook like the Trickster, who changes shape and flouts the rules to spur people to wake up? There’s a proverb that if a pickpocket meets a saint, “he sees only his pockets.” To Colette, the Rav Kook was senile. To his followers, he was holy. To me, he was a cheery old man in a black gown who delivered a message I needed to hear.

Knowingly or not, he clarified an intention I hadn’t fully realized or felt sure about: to follow my inner lights. While this has led me at times to take up and glean from Buddhist meditation, Hindu Advaita, and Taoist healing, thanks to Rav Kook and other independent-thinking rabbis, I’m still Jewish after all these years.