Not Another ‘Jewish Hotties’ Slideshow 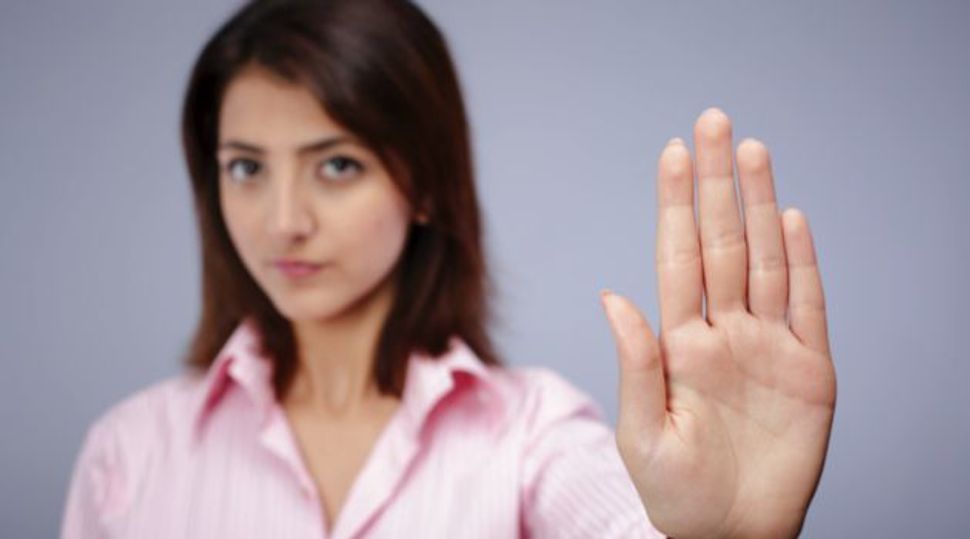 Oh Daily Caller, no you didn’t just publish a slideshow of Jewish hotties under the tenuously time-pegged slogan “13 Jewish Hotties We Wouldn’t Pass Over.” Just no.

In addition to being outright objectifying without even a trace of hipster irony, there’s something a little unpleasant about the project, as if the fact that Jewish women are attractive is newsworthy Meanwhile, the requisite smouldering pics of Madames Portman, Johannsen, Kunis, Hudson and company uses the worst variety of Jewish humor I’ve ever encountered. Really, guys (somehow I think it was guys who did this)? “Tzimme some Elizabeth Banks.” “We’d let Scarlett Johansson try our borscht.” Wow. This stuff isn’t just offensive to Jewish women — it’s offensive to actually funny Jewish humor.

But as always with instances of fluffy sexism, dig deeper and you find a pattern. The Daily Caller has a long history of sexism and disrespect toward women, from publishing a cartoon that attacked Meghan McCain by focusing on her body to the usual nastiness about Hillary Clinton to a barrage of cruelty aimed at Democratic strategist Stephanie Cutter. The now-disgraced reporter Patrick Howley once wrote a long complaint about not being able to freely ogle the bodies of women: “Women are like Indians now. You can’t give them a once-over, a polite grin, and be on your way. You can’t notice the fruits of their several-hour morning project of preparing themselves to be looked at. Pretty soon, looking at a woman’s chest will legally be a ‘hate’ crime instead of a love crime.” Convincing logic, there, Mr. Howley, with some gratuitous racism against Native Americans thrown in for sport.

Dear “freedom-loving gentlemen” of The Daily Caller, this Jewess would like to take my piping hot bowl of matzo ball soup, or borscht, or whatever, and ceremonially dump it in your (metaphorical) lap.

Not Another ‘Jewish Hotties’ Slideshow