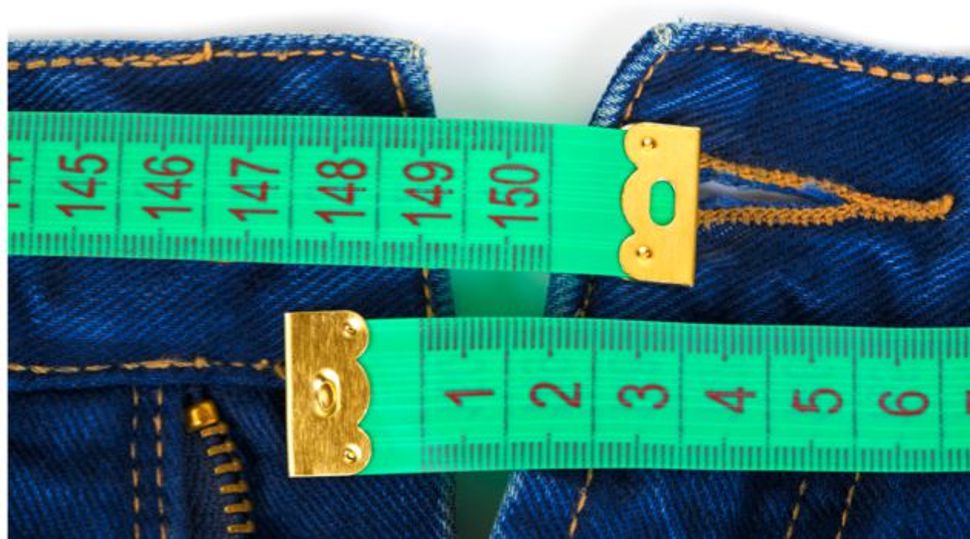 We live in a world over-saturated with messages about flawless skin, slim waists, perky breasts and perfectly shaped bottoms. But until my twenties, I did not know this world. My ideals of beauty were not shaped by Marilyn Monroe and Angelina Jolie; beauty standards in the Hasidic world I grew up in are radically different than that of mainstream society, and those were the standards for my formative years.

Beauty, or shein in Yiddish, was a concept I understood from an early age. Yet there were no Barbie dolls or Disney movies to shape my girlish idea of female beauty. Being skinny was touted as the ideal; shapely, not so much.

At the age of 11, right before I hit puberty, I weighed 135 pounds. I believed I was obese, and I was terribly self-conscious about it. Grob, the Yiddish slang for “fat,” was a word we used liberally. As a vulnerable and thin-skinned preteen, it hurt to hear that, but I was used to being dubbed a fat girl. I come from a big family — and I don’t mean the amount of children, although “big” would certainly fit that, too. Most of my siblings struggled with weight issues, as did I. My mother is a fantastic cook, and she never had to force us to clean our plates.

Shein were those women and girls who had no visible curves. In the 1920’s, flat was all the rage; women rushed to salons and health clubs to attain that look. In the Hasidic community, flat is still the ideal — the coveted shape for women.

Modesty is the be-all and end-all for Hasidic women. To them, revealing the natural curvature of the female form, even underneath a fully modest outfit, is considered immodest. And what is immodest is also embarrassing. One should strive to conceal traces of curves as much as possible.

My first bra was a training bra, a sports bra that gave the illusion of a flat chest. All the newbies with growing breasts wore that. My next bra was a Bali minimizer, even though there wasn’t much to minimize. At age 12 I lost 30 pounds for my sister’s wedding, yet I still wore the minimizer on top and the girdle to hide my bottom. Curves were an embarrassment — something to hide, not to flaunt.

It wasn’t until much later that I became aware that curves are a thing, if not for flaunting, then certainly not for hiding either. And it wasn’t until much, much later, in my early 20s, after I had birthed both my children and disposed of my last tight-to-the-bone girdle and Bali minimizer, that I realized there is a whole other extreme out there: a world where women internalize the message that they should look youthful into old age — a message that is as detrimental to women as the Hasidic “flat” ideal.

I don’t live in a cave and neither do I wish to. Avoiding certain things because they make me uncomfortable is not necessarily healthy, and so my daughter plays with Barbie dolls sometimes and I do occasionally read the tabloid articles on how to avoid wrinkles and gray hair and aging while standing in the Shoprite checkout line. However, I draw the line at letting beauty standards dictate my life.

I see women deny themselves one of life’s simplest yet greatest pleasures — food. This self-imposed prison disgusts me and also scares me. What if my daughter grows up desiring slim perfection and picking sprouts off a plate to attain that? What if, despite all my efforts at not using the words “fat” or “skinny” or “diet” in my house, she will internalize that message elsewhere?

I may have disposed of the Bali minimizers and the flat fad, and managed to find a happy medium for myself that doesn’t involve masochistic starvation, but I do fear for my daughter who may get suckered into this idea of perfection and permanent youth.