My Mamme — She’s Everything to Us 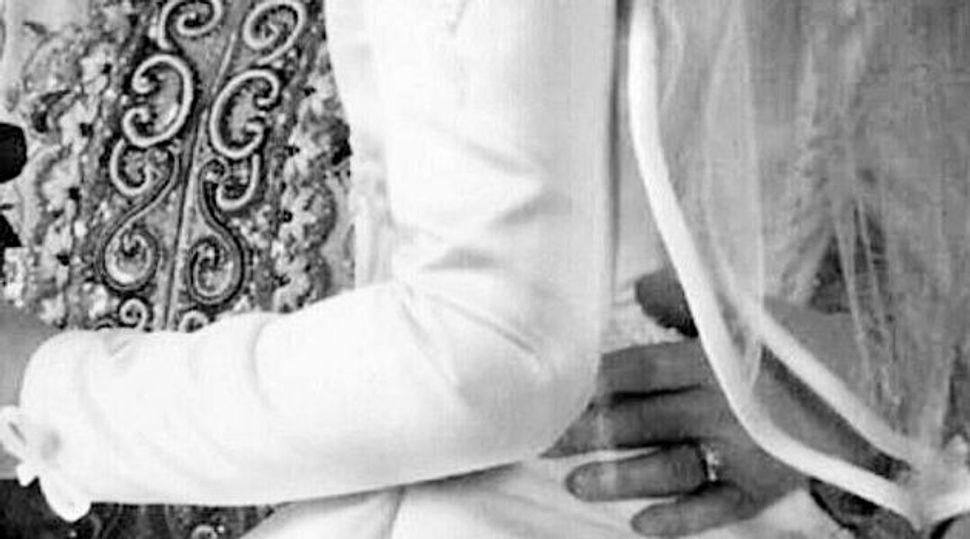 When I close my eyes and try to picture my childhood, I see my mamme steering a 12-quart boiling pot of peaches compote. The peaches arrived in a box, all eight pounds of them old and already rotting, costing a grand total of 5 dollars. The grocery down the hill from Satmar Drive, the street we lived on, would reserve these for my mother and another select few women who intimately understood the value of frugality. She sat on the grey and pink vinyl kitchen chair and meticulously cut away the rotten parts, sliced the juicy yellow peaches in half and threw them into the biggest Farberware pot we owned.

The woman I call mamme is the family’s everything. She is the woman who carried 12 children and birthed them without a fuss. Mammy is the woman who insisted, much to her daughters’ chagrin, to buy last year’s shoes, never caving to the societal pressure us girls imposed on her. Hers are the hands that held me when the plastic surgeon stitched me up, twice; the hands that walked me to my chuppah, shaved my head the morning after, and carried my son to his bris fifteen months later.

My mamme is the woman who always boasts a freezer-full of babkes and rugelach my friends and I would often steal when we played in the basement. She is the woman who sits at the sewing machine late at night, weaving her steel wool-like fingers, rough from years of cooking and housework, through the needle and the hem to mend her daughters’ skirts and her grandsons’ pants. She is the woman who used to spend every Thursday scrubbing floors and dusting furniture because she could not afford to hire a cleaning lady. She is the woman who makes the crispiest challah and the meanest apple strudel with homemade levelesh teig, or flaky dough, and distributes them to her married children.

My mother is someone I would always go the extra mile to please. Nothing gave me greater pleasure as a young girl than hearing her repeat verbatim what my teachers reported at PTA. Knowing she was proud of me — her daughter — even if she never verbalized the sentiment, meant the world to me.

Mamme is the epitome of stoicism. She has not had an easy life, by any stretch, yet she is one of the strongest women I know.

When my husband and I moved out of Kiryas Joel five years ago, well-meaning family and friends felt sorry for my mother. They commiserated over our perceived religious decline, and threw around oy veys and “nebech (pity), who knows what they will become.” As my mother, and the sole beneficiary of the nachas I was meant to give her but ultimately failed, she is the center of the town’s pity party.

“I feel terrible for her,” a well-meaning cousin told a mutual friend. “She cries every week at candle-lighting for her” — me.

I suppose this is an over-exaggeration of what he, my cousin, envisions my mother does at candle lighting. Yet it stings. I never wished to hurt my mother with my life choices. I believe that choosing to live a respectable, self-determined life should not be a source of shame or pain for my mother.

But it is, and I am keenly aware of that. I left the community I was born and bred into and rejected the religious stringency she wholeheartedly believes in. It must be difficult for her to make sense of why I did what I did, and why I chose to abandon her ways.

My fellow expats from Hasidism sometimes lament their parents’ and families’ treatment of them. I did too. It’s only recently, as my own children are growing up, that I have come to empathize with my mother’s wish to see all her children and grandchildren continue walking the path she and her parents paved. I understand her distress and disappointment — in my lifestyle and in me.

We have come a long way — my mother and I. Our relationship was never particularly strained, probably owing to the fact that openness, or expressing our innermost feelings to one another, is not one of our virtues.

We both struggle to be respectful to each other: I try to dress as modestly as possible when I visit; she, in turn, ceased to admonish me for wearing a too-tight shirt or nail polish.

If I close my eyes and try to picture what my mother thinks of me, I see understanding. I see a woman who dismisses the rumors flying around the mill and understands her daughter’s autonomy to forge her own path in life. I see a Hasidic woman, who, despite having been let down, appreciates that her grandchildren — both of whom she simply adores — are being raised as observant Jews.

I may seem wistfully optimistic about my mother’s feelings, but I can sense — by the way she asks me to come visit and is open to participating in her grandchildren’s Hanukkah performances and other school functions — that her embarrassment has been replaced by acceptance.

I may not know how to personally and adequately express my love, appreciation and admiration for this stoic woman — sentiments that were not freely thrown around growing up — yet I am going to pick up the phone, to wish her a “Happy Mother’s Day,” and to tell her all that.

My Mamme — She’s Everything to Us