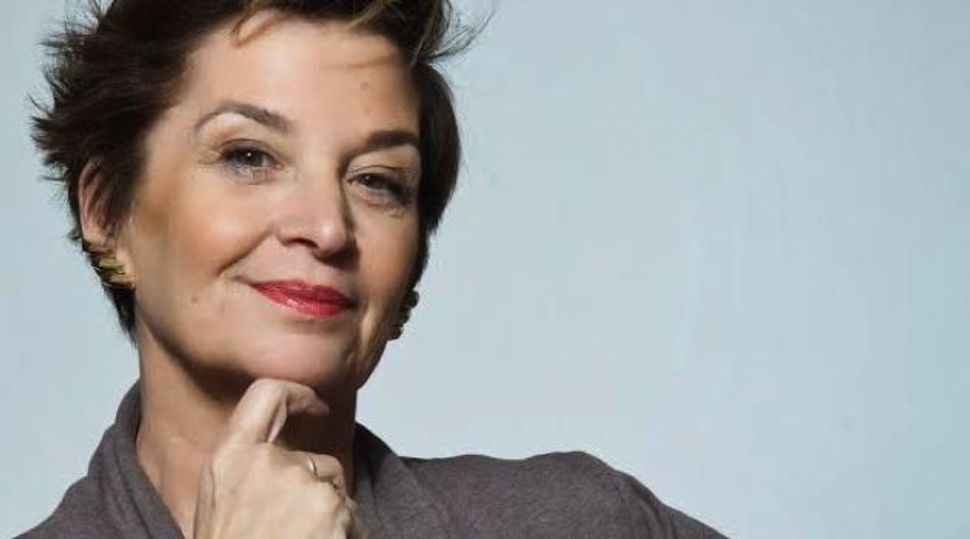 In her new memoir “Maybe Not Such a Good Girl: Reflections on Rupture and Return,” Susan Reimer-Torn chronicles her return to Jewish life in New York after years of living as a formerly-Orthodox woman in France.

Elissa Strauss spoke with Reimer-Torn about freedom, healing and what the current generation of formerly-religious writers like Deborah Feldman and Leah Vincent can learn from her experience.

Elissa Strauss: What aspects of yourself did you feel could not be realized within the Orthodox community of your upbringing?

Susan Reimer Torn: I was born with an anti-authoritarian streak; motivated by both logic and passion. I had a nearly compulsive curiosity about the bigger world and about people who lived without doctrine — even without God! I wondered about freedom of choice and the consequences of these choices. Most of all, there was the world of unfettered energy expressed through music, dance, erotica, art, fine food and world travel. I could not accept a lifestyle where past generations of bearded men decided how much (or more precisely, how little) of all that I was allowed to experience.

How much of your discomfort there was driven by your being a woman?

Being female was to me, a saving grace. I did not at all envy my brother all his additional religious responsibilities and paternal scrutiny (re: Torah reading and davening and learning). Being a girl actually granted me some privacy and kept me off the hook. Besides, I did go to Ramaz and benefit from a mostly egalitarian education. Feminist consciousness grew later, in retrospect, after I had already left.

You eventually fled New York for France. What was life like therefor a formerly Orthodox American Jewish girl?

I moved there and married in 1979, gave birth to my first son 10 months later. I lived with the kind of radical freedom that comes with self-exile. You go for self-styled authenticity, free of social censure, but you remain haunted by a feeling of something missing. As I wrote, I felt “like a mermaid washed up on a remote, rocky beach, unable to speak in any language of the depths in which I was fashioned.”

There was no Jewish life of interest to me, and for many French people, my being Jewish was something exotic, almost vestigial. I cherished my Great Escape, but somehow kept going back to Paris’ most densely Jewish neighborhood, the Marais. I objected to the militant secularism of the deconstructionists and found myself increasingly lonely.

What was the first moment you felt the pull of Jewish life when you returned to New York?

One Friday evening, I let myself be carried by the crowd up the stairs to B’nai Jeshurun’s service and suddenly there I was, top row of the balcony, singing lecha dodi, welcoming the Sabbath Bride with my heart bursting open together with about one thousand others. The words, the music, the community opened up a deep well of longing. This legacy with which I had ruptured decades ago, was waiting for me to cross the threshold. It was alive and well, thriving and welcoming, pulsing with soulful vitality. There was the possibility of closure, belonging and of letting love flow.

How did the attraction to Jewish life grow over time?

It was edgy, a real approach-avoidance tango. I was attracted but very uneasy about getting sucked in. After all, my whole identity was she who had said no to this tradition. Warily, progressively, I kept coming a little earlier, staying a little longer, trying a class, joining a study group, volunteering for the homeless shelter, meeting a like-minded friend. I discovered that I was far from the only one living in the spaces between rupture and return.

What can women like Leah Vincent and Deborah Feldman, two memoirists who have recently written about their departure from Orthodoxy, learn from your story?

Each one of us individuated via reacting to the limitations and injustices of the circumscribed world into which we were born. Scars of mistreatment and of the breakaway trauma last a long time. I champion their courage — and mine too. But reactivity is probably not the most satisfying modus operandi over the course of a lifetime. It’s predicated on fragility, it keeps you in self-protection mode. It’s better to stay open to possibility and to your own non-reactive spiritual needs. Someday you might want to be nourished by a self-generated religious responsiveness, you might finally find yourself comfortable in those spaces between rupture and return, free to choose what you want and need without understandable fear.