Take Your Sons to the Dishwasher Day 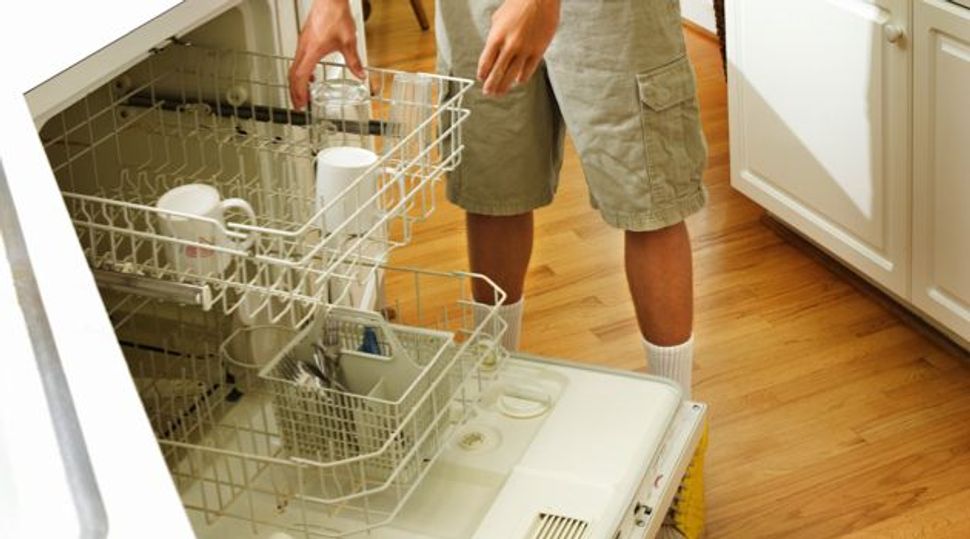 I’m part of the first generation to have experienced “Take Our Daughters to Work Day,” founded by Gloria Steinem and the Ms. Foundation in 1992. We were taken to (mostly) our Dad’s offices, allowed to scribble on yellow legal pads with a bevy of ballpoint pens and highlighters, and then later taken for tuna sandwiches at the local lunch spot. Somewhere during all those truly fun activities, we were supposed to absorb the message that we could one day work at an office too.

Now it looks like we need to start another tradition, one that might have a similar impact on young boys in helping them understand that their gender should not hold them back from doing any type of work not traditionally associated with men. I’m calling it “Take Your Sons to the Dishwasher Day,” and, trust me, its got the potential to be a doozy.

A recent study showed that dads who share household chores with their wives are more likely to raise daughters who grow up to be go-getters. Also, while moms’ attitudes towards gender equality are an important factor in influencing how ambitious their daughters become, the dads’ attitudes towards housework actually had a stronger influence.

“This suggests girls grow up with broader career goals in households where domestic duties are shared more equitably by parents,” says psychology researcher and study author Alyssa Croft, a PhD Candidate in the University of British Columbia’s Department of Psychology. “How fathers treat their domestic duties appears to play a unique gatekeeper role.”

And as it happens in so many aspects of life, just talking about equality isn’t enough. The study found that dads who speak openly about their belief in gender equality, but live in households where there was a more traditional division of labor, tended to have daughters who were more likely to see themselves in typically female jobs, like being a nurse, teacher or stay-at-home-mom.

This is all to say, that the march towards gender equality is paved not only with little Elissas playing with her father’s switchboard once a year, but also their brothers folding laundry and scraping plates on a regular basis.

In a recent column for the New Republic Rebecca Traister calls for a return to home economics in our schools. Traister argues that home economics for both sexes would both lessen the domestic burden on women while also giving boys a physical and emotional outlet that would help them learn how to communicate and work together.

It’s true that men have, over the past half century, begun to contribute more as parents… But despite the increase in hours men now spend with children, intensely gendered prejudices are slow to change, producing some scrambled ideas about emasculation when men take on responsibilities we still code as “female.” We need to rewire those attitudes wholesale and early, to teach boys from the time they are small that their obligations are to diapering as well as to moneymaking.

As I wrote last year, I am totally on board with bringing back home economics in school. But I don’t think we should stop there. Parents need to make a concerted effort to do this at home, and not assume that our progressive outlook is matched by progressive habits. Biases are icebergs, we only see the small, spiky bits on top and not the large, intractable structures buried beneath that keep them erect. Undoing them requires conscious action, and this time that action is letting our husbands and sons contend with that pile of dirty dishes.

Take Your Sons to the Dishwasher Day