A Kiss in the Anne Frank House 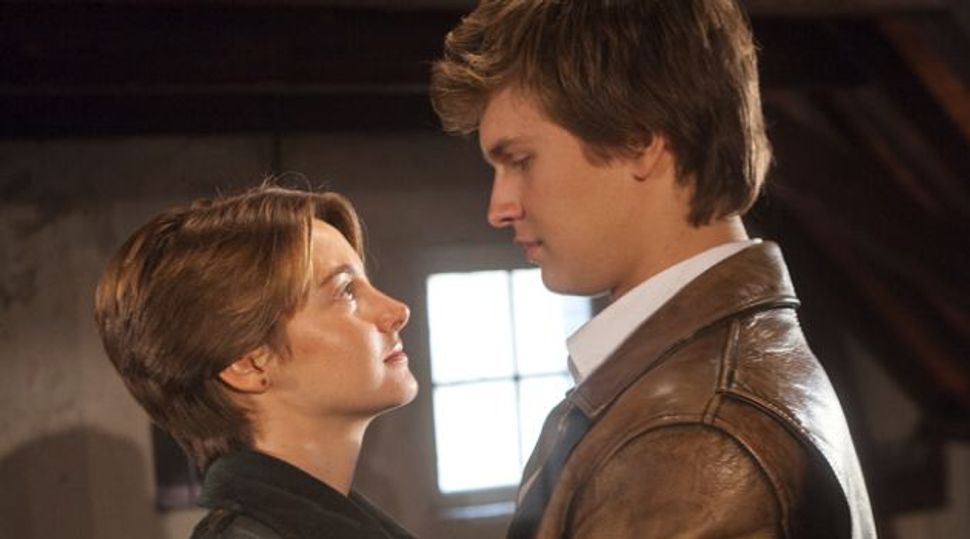 Hazel and Gus, played by Shailene Woodley and Ansel Elgort, share an embrace in ‘The Fault in Our Stars’.

Is the Anne Frank House a scene of one girl’s hopeful coming-of-age in the face of evil, or is it a memorial to the genocidal murder of children? Is thinking about Anne’s life in the last place she lived before she was sent to the camps a testament to humanity’s best traits — or too painful to bear, an icon of humanity’s darkest moments?

This week, critics and observers are deeply divided over a over a climactic kiss in teen cancer weepie “The Fault in Our Stars” which is staged in the Anne Frank House. Is it “egregious” or affirming? One critic who had no problem with the book on the page was horrified: “… on the page, with your imagination at work, this plays as dramatically romantic. But on a screen, made real, all I could think was: OK, are these teens really making out in Anne Frank’s attic? Are they that cluelessly self-absorbed?” But another says the scene is powerful, turning the film for a moment into a statement “about the heroic moral search for meaning in suffering.”

As we know, Anne has long been a lightning rod, since long before Justin Bieber, Beyonce, and now John Green have created mini-scandals within the walls of the “Secret Annex.” My husband and I visited the Anne Frank House last fall, me for the second time. Her obvious similarities to our own younger selves, a young urbane, secular Jewish girl dreaming of journalism and writing, full of vim and humor, resonated with us in different ways — he was more horrified by her murder and I felt more connected to Anne across the ages.

Just as this new onscreen kiss has attracted different responses, so does visiting Anne’s house to begin with. Much depends on whether you’ve read the diary, when you’ve read it, and what it means to you. When I was a young girl myself, Frank’s life was both a testament to human tragedy on a broader scale and also, simply, a chronicle of a girlhood not unlike mine, one which made me feel more real based on its existence. And a visit to the House reminds us that she was conscious of her writing being published, consumed. She was revising even as she wrote. For that reason I can’t help but see her writing, her story, in a tradition of emotionally vivid storytelling — even as I am made uncomfortable by the kitschification of her memory.

Perhaps that’s why I didn’t blink twice when I read the scene in “The Fault in Our Stars.” I knew that Anne already belongs to the ages, her life story becoming a backdrop, a place for our catharses and memories, rather than her own. Our identification with her in and of itself, as beautiful as it is, is actually one of the Holocausts’ millions of secondary and tertiary tragedies. And that is a subtle distinction that it is very, very hard to convey, which is why it risks straying from the meaningful to the maudlin.

A Kiss in the Anne Frank House